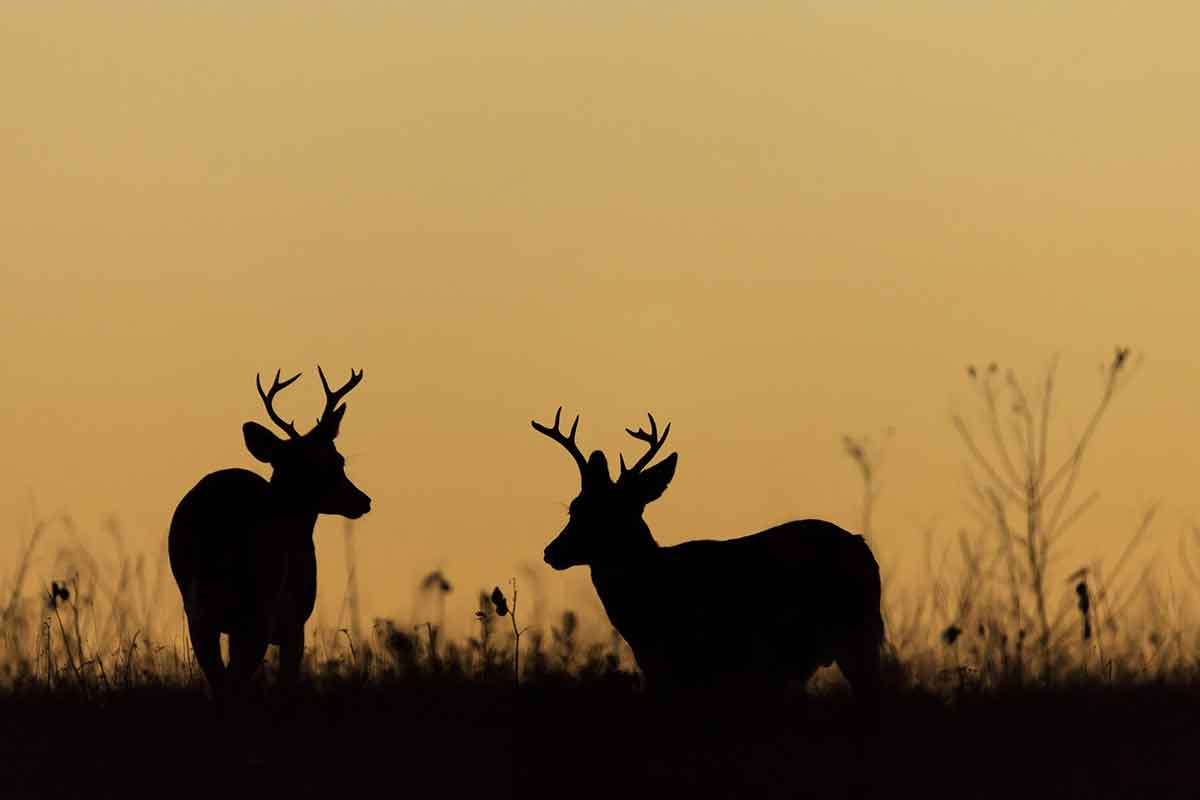 White-tailed deer are the most popular game species in North America.
Photo: Pixabay

Get two hunters together anywhere, anytime, and one question is more likely to come up than any other.

Did you get your buck?

In South Carolina, the answer is likely yes, at least lately. In 2018, the most recent year for which data is available, 79 percent of licensed Palmetto State hunters killed a buck. That’s four of every five.

No other state topped that.

That’s just one of the findings highlighted in the Quality Deer Management Association’s 2020 Whitetail Report. Now in its 12th year, it’s an annual state of the union-type document looking at all things whitetails nationwide.

There is both good and bad news within its pages.

The good centers largely on antlered deer. The study reveals that these are really good times to be a buck hunter, no matter what state you call home.

Best of all, according to the report, more and more of those bucks are mature – read big-racked — adults.

He pointed out that, nationwide, only 30 percent of the bucks hunters killed in 2018 were yearlings. That’s the lowest percentage ever recorded.

As proof, he referenced 1989. Then, 62 percent of all the bucks taken nationwide were yearlings.

Arkansas hunters shot fewer yearlings, on average, than their counterparts in other states. Yearlings made up just 9 percent of the harvest there.

Wisconsin is at the other extreme, There, yearlings made up 53 percent of the harvest. That made it the only state where more than half of bucks were that young.

Hunters across the country aren’t necessarily just giving bucks one more year to live, though. The number reaching 3.5-years-old before falling is increasing, too.

According to the report, deer 3.5 and older made up 37 percent of the nationwide harvest in 2018.

“This is by far the highest percentage ever reported, and it’s amazing to realize that more than one of every three antlered bucks shot in the U.S. is at least 3.5-years-old,” Adams said. “This is a testament to how far we’ve come as hunters and deer managers.”

Mississippi shot the most adult bucks, percentage-wise. Seventy-seven percent were 3.5 or older.

Wisconsin was again at the other extreme, with just 16 percent of its buck harvest falling into that age class.

The report looks at buck harvest in a couple of other ways, too.

Second, there’s bucks harvested per square mile. Michigan led the way there, at 3.7, which was about twice the national average. Rounding out the top five were South Carolina (3.6), Pennsylvania (3.3), Maryland (3.1) and Wisconsin (3.0).

Antlerless, or doe, harvests are harder to compare year to year just because there are so many variables, Adams wrote. The number of available tags is one obvious one.

That was the second year in a row – and just the second time since 1998 – that the buck kill exceeded the doe kill nationwide.

That’s not necessarily bad news, Adams wrote. It makes sense to reduce doe harvests where herds are balanced with their habitat or other mortality factors like predator or disease are impacting numbers.

“However,” he added, “few states should be harvesting more antlered bucks than antlerless deer on a regular basis.”

The bad news in the report concerns – no surprise here — chronic wasting disease. It’s costing agencies both time and money.

On the time front, deer biologists in many states across the country report spending more time dealing with CWD than they do deer management plans.

When it comes to money, 28 states reported spending money on CWD in 2018. Pennsylvania spent the most, at $3 million. Massachusetts spent the least, at $500.

Add it all up and the total spent across those states — most of it coming from hunter-funded agency budgets – topped $10 million.

That’s just how things have to be right now, the Association concluded.

“While ideally these dollars could have been spent on other more hunter-friendly projects such as habitat enhancement and hunter access programs, it is critical to the future of deer herds and our hunting opportunities that our state and provincial wildlife agencies adequately monitor for CWD presence and rate of spread,” it said in the report.

“As sportsmen, it’s in our best interest to protect the herds we hunt from this dreaded disease and to do our part to control it anywhere it is identified.”

That will mean living with unpleasant choices, though, it seems.

The Association said hunters and wildlife managers will have to cooperate like never before because “CWD is the single biggest deer management issue to arise in modern times.”

So, Adams wrote, hunters must accept the practice and wildlife managers must prioritize communicating where it’s working and how.

“CWD is a very serious issue, and it will take everyone working together to solve it,” the report reads.

Check this out, too: Albino deer sighting a real outdoors treat