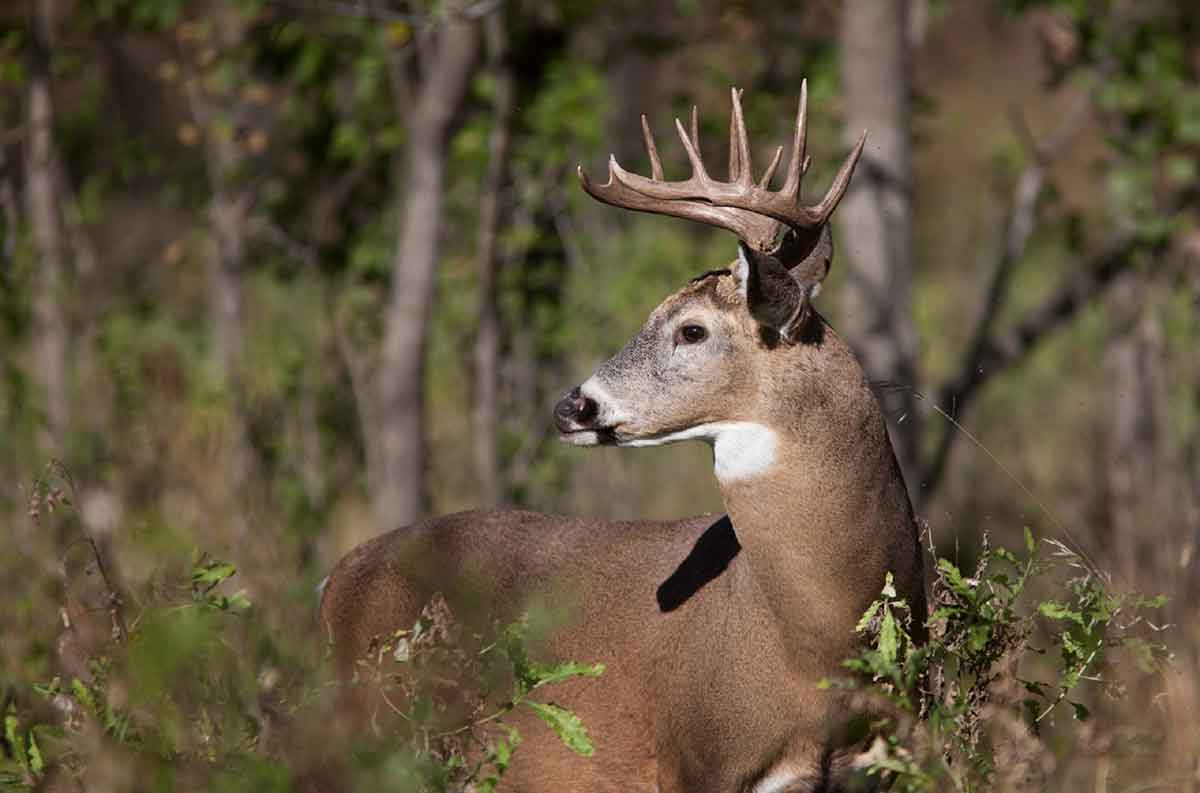 It’s a different world deer hunters live in these days.

That’s what Grant Woods believes, in at least one sense. Creator of GrowingDeerTV.com, Woods hunts all over the country.

One change is evident everywhere he goes.

“When I was a boy, growing up in Missouri, the only food plot was Granny’s garden or some farmer’s field. No one was planting just for deer,” Woods said.

Lots of people do these days, of course.

That’s got its positives, Woods said. All those calories spread across the landscape produce more big deer, for one.

And they can show up, at least potentially, everywhere.

“It’s never about genetics,” Woods said. “It’s always about quality food and allowing your deer to get old enough to express their potential.”

The downside to food plots, if it can be called that, is that too many hunters believe the only way to see and kill deer is to hunt over one, Woods added.

Woods says deer, as a species, need just four things: food, water, cover and security. They can find it in all kind of places, from agricultural settings to big timber areas like those that exist where he lives in southern Missouri.

And hunters who pay attention to some specifics can find and kill them.

“There’s nothing magical about it,” Woods said. 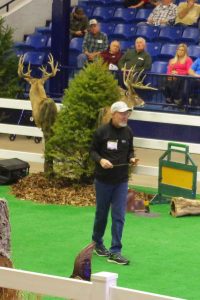 For starters, he hunts hardest when bucks are most likely to naturally be moving. And that’s not the rut.

“The rut is when most does are receptive. And when a buck gets with a doe, he’s going to tend her or keep her in cover for 24 to 36 hours. He’s not moving.. But the pre-rut, when not many girls are ready to go to the prom yet, all the bucks are cruising, trying to find a date.”

And that’s when hunters can get them.

Only when actively patrolling are they at risk, he said.

“It’s the same with mature bucks. When they’re moving, they’re out of their bedding area, that’s when they’re vulnerable,” Woods said.

So that’s when he chases them, looking for bottlenecks and funnels that direct deer to certain pathways.

He also pays attention to weather.

No one would mow the lawn in a fur coat when it’s 80 degrees outside, he said. Likewise, whitetails don’t like to move too much when it’s hotter than normal. So he hunts cold fronts early in the season.

Using the same reasoning, he hunts warming trends later in the season.

“I’m going to be out on that stand the first day a warm front comes through. Those deer are going to be feeding like crazy,” Woods said.

He specifically targets “short cover” then. That’s where deer go to soak up the sun’s radiant energy.

“They don’t want to be laying under deep, dark trees when the sun can’t get to them. They want to be in tall grass or brush or something where the wind is above them but the sun can get down to them,” Woods said.

He also keeps an eye on food sources. In all big timber country, like the land he owns, whitetails focus on natural foods, like acorns.

But not all acorns are created equal.

So he hunts white oaks early in the year, red oaks later.

He also moves from one stand of white oaks to another as needed.

White oak acorns on the ground will sprout if there’s enough rain, Woods said. That makes them unpalatable to deer.

“So when that happens, switch your stand to a white oak with a lot of nuts still in the tree,” Woods said. “That’s a big point.”

Always, no matter what time of year he’s hunting, the weather or the food, Woods plays the wind. But he does it different than some.

“I want to approach my hunting stand and hunt not with the wind right up my nose. Because it’s perfectly in my favor, it’s perfectly against a mature deer,” Woods said.

He prefers a 45 degree angle crosswind.

“So in that situation, with a crosswind, I’m almost getting busted, and the deer is almost totally comfortable. They don’t know a predator is there,” Woods said.

Hunting as he does never guarantees an opportunity to kill a deer, especially a big buck, he said.

But hunters who find a spot offering food, water, cover and security – or better yet, the one place in that spot where one or more of that attributes is in short supply — just might fill their tag.

Food plot or no food plot.

“Because we know survival is the No. 1 motivation for deer,” Woods said. “Not food, not the rut, survival.”

“A grunt call (https://adventures.everybodyshops.com/calling-whitetails-successfully/ ) is one of the best tools I can take in the woods any time of year,” Woods said.

He likes a particular type of grunt call. And that’s not one that promises to sound like “the big old stud buck” of the woods.

He believes such calls are too intimidating.

“If you’re at the prom, and Betty Lou is dancing with the biggest guy in the school, are you going to go up there and ask if you can cut in? No, probably not, unless you’re an idiot,” Woods said.

“But if a freshman has a varsity cheerleader, and you’re a senior, you’re probably going to say, ‘Sorry junior, I’m cutting in.’”

Deer often react the same way, he said. So he prefers a grunt call that gives off a higher pitched sound at a slower cadence.