West Nile Virus not impacting turkeys like other birds 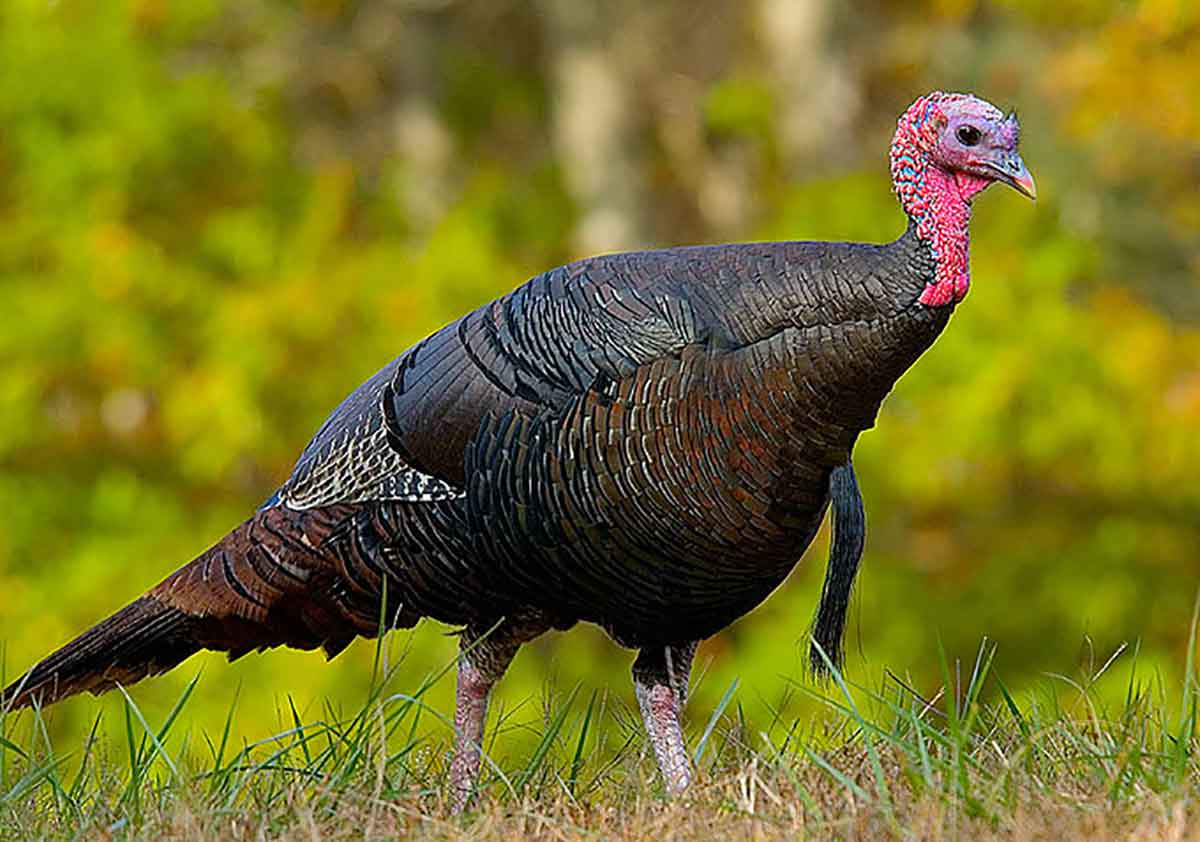 Eastern wild turkeys are not susceptible to lethal West Nile Virus, according to some recent research.
Photo: Dimus – English Wikipedia

The seeking of answers through science is often a process of eliminating variables.

Consider this one checked off.

Unlike with ruffed grouse and many species of song birds, West Nile Virus is not hurting wild turkey populations. Some first-of-its-kind work begun in Pennsylvania recently revealed that.

Biologists with the state’s Game Commission and National Wild Turkey Federation collected 131 turkey eggs from the wild this past spring. They sent them to a biosecure facility at the Southeastern Cooperative Wildlife Disease Study at the University of Georgia.

Researchers there hatched the eggs, then inoculated the poults with West Nile. They infected one group at four to five weeks of age, before their immune systems fully developed, the other at 15 to 16 weeks, after they had.

They euthanized all of the birds  two weeks later and sampled their blood and tissues for lethal signs of West Nile.

That work is ongoing. It may be another three to four months before it’s complete, said Melanie Kunkel, the veterinary diagnostician and doctoral student working on the project.

“No birds died, nor became sick, and thus far the necropsies of all birds showed no affects to brain or other organs after the two-week trial period,” Casalena said.

“It’s definitely good news. It’s one less disease we have to worry about, for turkeys at least.”

That was no certain thing going into this.

Commission biologist Lisa Williams noticed earlier this decade that when West Nile spikes, ruffed grouse numbers plummet. So back in 2015 she had researchers in Idaho infect grouse chicks with West Nile, then study them in the same way the turkey study was conducted.

The results were much different.

Forty percent of grouse chicks infected became sick enough that they had to be euthanized within a week. Another 40 percent survived a bit longer, but suffered so much organ damage that it’s unlikely they could have lived long term.

That prompted this study, to see is turkeys might be susceptible to West Nile, too. That they aren’t is a relief, Casalena said.

That doesn’t mean turkeys aren’t being bitten by West Nile-positive mosquitoes. They are, she added.

But, in a way, that’s working out OK.

About 30 percent of the poults examined had maternal West Nile Virus antibodies in their systems. That means, Casalena said, their mothers – adult hens – not only survived being bitten by an infected mosquito, but passed along some immunity to their offspring.

It doesn’t last long. Those antibodies were significantly more prevalent in younger chicks than older ones.

But that’s right when they need them most.

“With all our studies, we’ve seen the highest mortality of poults that first four weeks of age,” Casalena said.

“So it’s cool. They got kind of extra boost from the mother, at least for not getting West Nile Virus.”

It’s worth noting, too, she said, that antibody levels in poults were in no cases high enough that a mosquito biting them could then carry West Nile to a grouse, Casalena added.

Namely, if West Nile Virus is not suppressing wild turkey populations, what is?

That remains to be determined, Casalena said.

Turkeys – despite their numbers being down from historic highs — are doing OK, she noted. And they’ve exhibited a capability to recover quickly.

The almost unprecedented wet spring of 2018 really knocked back populations in many areas of Pennsylvania. But they rebounded in a big way in 2019, she said.

That, she added, points to the need more than ever to provide quality nesting and brooding habitat. Given that, she said, turkeys can survive while researchers look into other challenges facing them.

At least they know West Nile Virus isn’t one of them.

“That doesn’t answer the question of what’s going on with the population,” she said. “But that’s alright. We’ll figure it out.”

The second component of the West Nile Virus turkey study is ongoing.

And it may expand going further.

Biologists are, with the help of hunters, examining adult turkeys for exposure to West Nile Virus.

The Game Commission sent blood sample kits to hunters earlier this fall. All are sportsmen or women who reported harvesting a fall turkey in the past five years.

The commission asked those who killed another bird this year to provide some data. That included: blood samples, breast feathers identifying the turkey as a male or female, and the last two primary wing feathers, identifying it as a juvenile or adult.

The commission is also asking that they report the wildlife management unit where they kill birds.

Casalena sent 600 kits out. She’s hoping to get results from 200 back.

And she wants to grow that going forward.

“What we hope to do with this is, if we can get more funding, expand this to multiple states next year. That could basically provide a baseline of antibody levels across the Northeastern part of the country,” she said.

Biologists might then be able to spot patterns in disease, be they geographic or relate to turkey sex or age, she added.

And coming soon: A look at our annual fishing gift guide