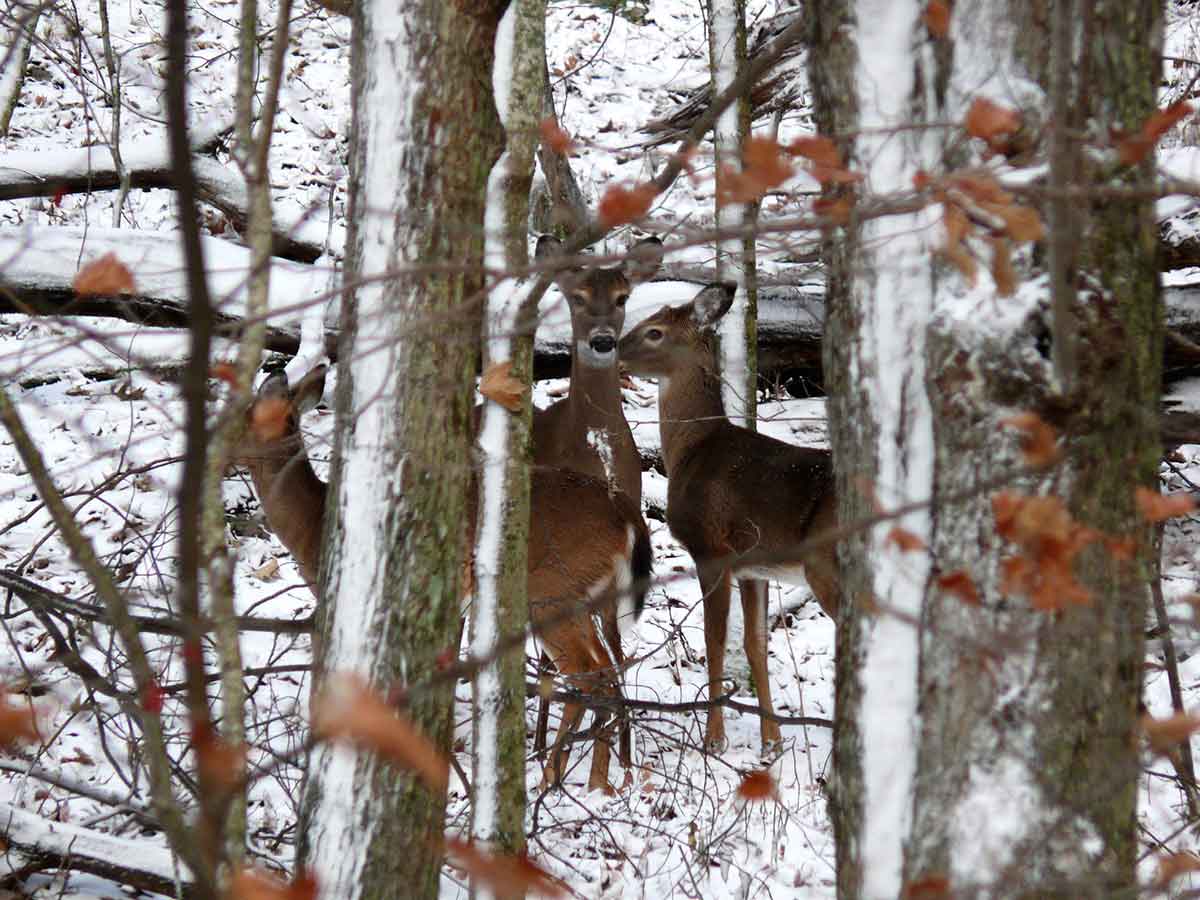 One aspect of Pennsylvania’s rules for tagging deer is up for possible change.
Ken Thomas/Wikimedia Commons

This is one possible rules change sure to get Pennsylvania deer hunters talking.

As if any wouldn’t.

Pennsylvania Game Commissioners are meeting Jan. 24 and 25 in Harrisburg. They will preliminarily adopt seasons and bag limits for the 2020-21 hunting and trapping year at that time.

One proposal expected to be on the agenda deals with how many deer hunters can kill and, more specifically, when.

Right now, in the state’s special regulations counties – Allegheny, Bucks, Chester, Delaware, Montgomery and Philadelphia – a hunter can shoot multiple deer at a time. He or she doesn’t have to tag the first before attempting the kill a second.

“That’s been in place a long time and we’ve had no issues,” said Randy Shoup, chief of the commission’s bureau of wildlife protection.

But the rule is different everywhere else across the state. There, a hunter is required to tag the first deer he or she harvests before attempting to take a second.

Some in the commission want to change that and allow hunters – with the proper tags – to kill deer when and where they find them.

“So that would give you the ability to fill all of your tags in one sitting, theoretically?” asked commissioner Kristen Schnepp-Giger of Warren County at the board’s recent working group meeting.

The answer is yes, Shoup said.

Commission executive Bryan Burhans proposed the idea, as a way to bring uniformity to hunting across the state.

Most commissioners seem OK with the notion, based on comments made at their recent working group session.

Commissioner Brian Hoover of Chester County said it works in the southeast corner of the state.

“We do it all the time. And we don’t have any issues with it at all,” he said.

The rule benefits hunters, he said. An archer with multiple tags, for example, who shoots a deer from a stand and then has to climb down to tag it has effectively disturbed that stand.

“And your hunt is done for the day,” he added.

Yet, if he or she can stay in the stand, they may get an opportunity at a second deer.

Commissioner Charlie Fox of Bradford County doesn’t necessarily oppose to the idea. He labeled his concerns “no big deal.”

But he did wonder just how things might work if the shot made on a first deer isn’t necessarily the best one.

“My only thought is, if you cripple that first deer, you really ought to focus on that before you try killing the second one,” Fox said.

Hoover, though, said hunters who shoot a deer that doesn’t drop right away know that their best bet is to give it time to lie down and die.

“You’re going to wait that period of time you feel is necessary for that deer to bed down and expire. If you get up and go after it right away, we all know the consequences of that,” Hoover said. “It’s a five-mile march through the woods.”

So he believes hunters waiting for that first deer to die should “have the opportunity” to take another.

“I don’t think there’s anything wrong with it, harvesting two deer at a time. I really don’t,” Knick said.

Hunters can voice their opinions by emailing the board at pgcomments@pa.gov. Commissioners will also accept public testimony in Harrisburg on Jan. 25.

If the board moves forward with the idea on that day, they still need to give it final approval at their next meeting, to be held sometime in April.

Check this out now: 12 possible changes for PA hunting seasons next year