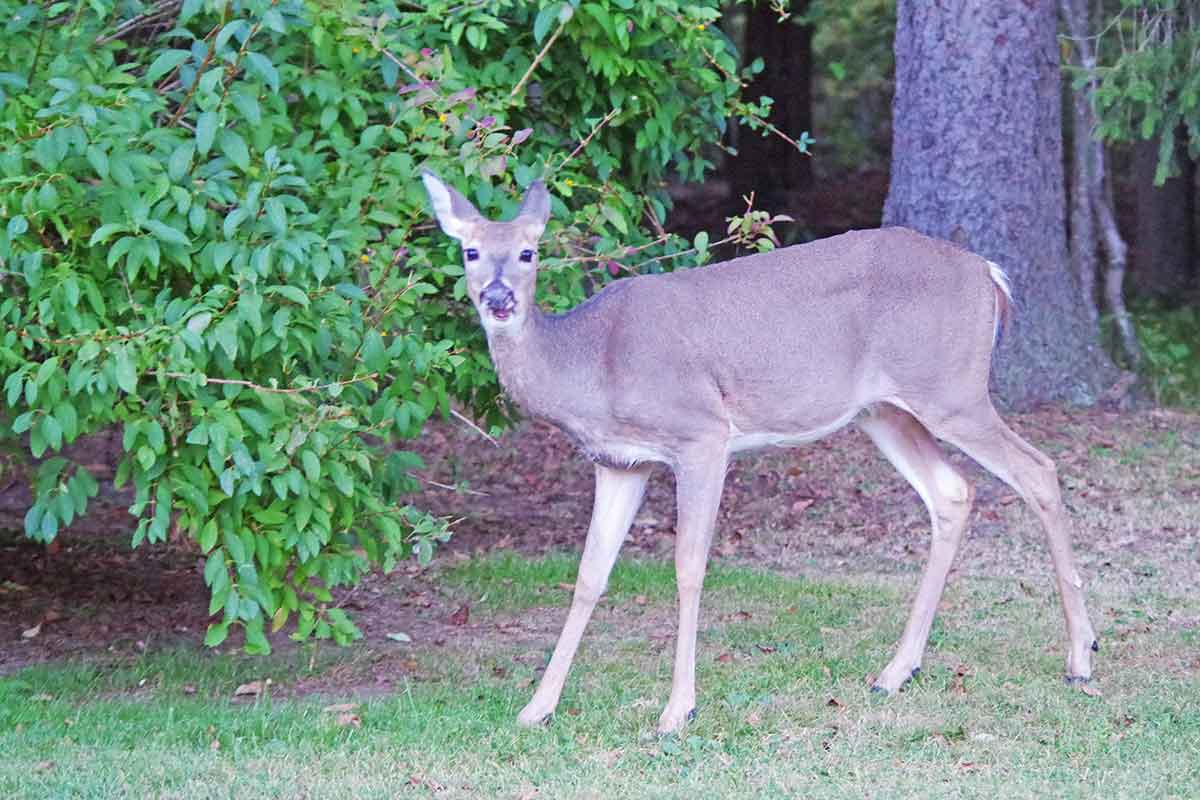 New rules for when hunters can shoot a doe are among the possible hunting season changes coming to Pennsylvania in 2020-21.
Bob Frye/Everybody Adventures

This is neither the time to celebrate nor to panic.

Pennsylvania Game Commissioners won’t even give preliminary approval to hunting seasons — and trapping ones — along with bag limits for 2020-21 until their January board meeting. Final approval won’t come until April.

So that’s five months off yet.

But, during a working group meeting in Harrisburg this week, agency biologists provided an “initial overview and preview” of what changes they’re seeking. That includes where they plan to include the three Sundays available to hunters.

Some hunters and trappers are sure to like the proposals, other not so much, based on previous comments.

Here’s a look at what’s under discussion.

Biologists want to return to the past and open the two-week firearms deer season to concurrent buck and doe hunting statewide.

This year, hunters outside of special regulations areas were limited to shooting only bucks during the first six days of the rifle deer season. Doe hunting was legal the last seven days.

Biologists want to make it so hunters with the right tag can shoot a buck or doe any time in what will be a 14-day season. It would start the Saturday after Thanksgiving and include that Sunday.

“What really controls deer harvest and future population is the antlerless allocation.”

With split seasons, that requires lots of doe tags, he said. With concurrent seasons it would take less.

The commission can reach its deer management goals either way, he noted.

The benefit of concurrent seasons might be more social, it seems.

Board president Tim Layton of Somerset County pointed out that wildlife agencies all around the country – the commission included – are suffering from declining license sales. That’s a long term trend that goes beyond deer numbers.

As a result, those agencies are almost singularly focused these days on recruiting and retaining hunters.

Moving opening day of deer season to a Saturday attracted some, Layton noted. Many, he added, were people who would not have bought a license or hunted otherwise because of time and travel constraints.

He believes concurrent seasons might build on that momentum.

That’s because the one complaint most commonly heard about the Saturday opener was from people who had just that day to hunt, he said. They spoke of having to let “doe after doe after doe” walk by.

Layton said allowing them to kill a doe they have a tag for then as opposed to later just makes sense, he argued.

“I think we would just attract more people on that opening weekend,” Layton said.

Commissioner Scott Foradora of Clearfield County agreed. College students in particular, he noted, can buy a doe tag. But few really get an opportunity to use it because they’re back in school by the time doe season opens.

So if concurrent seasons are really about when someone can shoot a deer rather than how many they can shoot, he said he’s OK with that.

But commissioner Brian Hoover of Chester County isn’t. He’s a proponent of split seasons, he said, in part because it allows – or even forces – hunters to return to the woods on a second weekend.

That supports local economies, he added.

He also warned board members that cutting the number of doe tags to accommodate longer seasons will have consequences.

“So the complaint will be we reduced the allocation and less people are going to get doe licenses,” Hoover said.

First, they want to tweak the statewide firearms season.

This year, it opened on the Saturday before Thanksgiving and ran the following Monday, Tuesday and Wednesday. Next year, biologists want to open it on that Saturday, then continue it on Sunday, Monday and Tuesday.

Second, they want to move up the timing of the statewide archery bear season.

This year, the state had a week of muzzleloader bear hunting. On the last three days of that week, junior and senior hunters could also kill a bear with a rifle.

That was all followed by two weeks of archery bear hunting.

For next year, they want to have one week of bear hunting open to muzzleloaders and archers, with the last three days open to juniors and seniors carrying rifles. A second week of archery-only hunting would follow.

First, if commissioners agree to remove the Wednesday before Thanksgiving from bear season, biologists want to give that day back to fall turkey hunters.

That would provide a three-day – Wednesday through Friday – Thanksgiving season in many units, Gregg said.

When it comes to squirrels, biologists are suggesting moving the start of the youth-only squirrel season up to mid-September, and the statewide season up to late September. That’s about three weeks earlier than the norm in both cases.

“Basically, this just provides additional harvest opportunity for a species that can sustain that harvest at a time when there are not a lot of other hunting seasons open,” Gregg said. “It could help with hunter recruitment and retention.”

It would also bring Pennsylvania closer into line with nearby states.

New York and Ohio opened their statewide squirrel seasons on Sept. 1 this year, while Maryland did so on Sept. 7 and West Virginia and Delaware on Sept. 14. New Jersey’s squirrel season opened Sept. 28.

This year, hunters can shoot male and female pheasants in all wildlife management units statewide except two, 4E and 5A.

Each of those is home to a wild pheasant recovery area.

Going forward, biologists want to allow hunters to harvest hen pheasants in those units, as well.

That wouldn’t apply to the pheasant recovery areas, Gregg said. But it would create uniformity and increase opportunity otherwise, he noted.

Biologists are proposing a couple of changes here.

First, biologists want to open three management units in northwestern Pennsylvania – 1A, 1B and 2F – to a conservative one-week otter trapping season.

“That’s an opportunity that’s been desired in that part of the state for a long time. And it looks like the population can support it,” Gregg said.

Biologists might also recommend extending the otter trapping season in two units in the northeast, 3C and 3D, to two weeks. But they won’t make that decision until after the current season, set for February, ends, he added.

They are also proposing increasing the season limit on beavers in units 1A and 1B from 40 to 60. That wouldn’t make a huge different, Gregg said, as few trappers reach the lower mark now.

But it might help address nuisance beaver complaints in some areas.

Another change biologists are suggesting is opening management unit 2B, which surrounds Pittsburgh, to bobcat trapping and hunting.

For nine years the commission has offered and extended elk hunting season. Hunters who didn’t fill their tag in the regular season could hunt the following week and kill an elk if they found one outside the traditional elk range.

Never once has anyone done so.

As a result, biologists want to eliminate the season altogether, as it serves no biological or recreational purpose, Gregg said.

And finally, the commission has the opportunity to add one Sunday to the statewide archery deer season.

There’s no real good biological data pointing to any one particular Sunday over another, Gregg said. So staff is recommending tacking on Nov. 15 next year. That would extend the season one day longer than normal.

Gregg promised all of these possible changes will be explained in greater detail at the commission’s January meeting. The biologists responsible for each species will make their cases to the board then.

Check this out now: Late season squirrel hunting tips for the winter sportsman

And coming soon: Changes to Pennsylvania’s system of checking bears may be coming.