Forget waiting for them, here’s how to successfully track deer 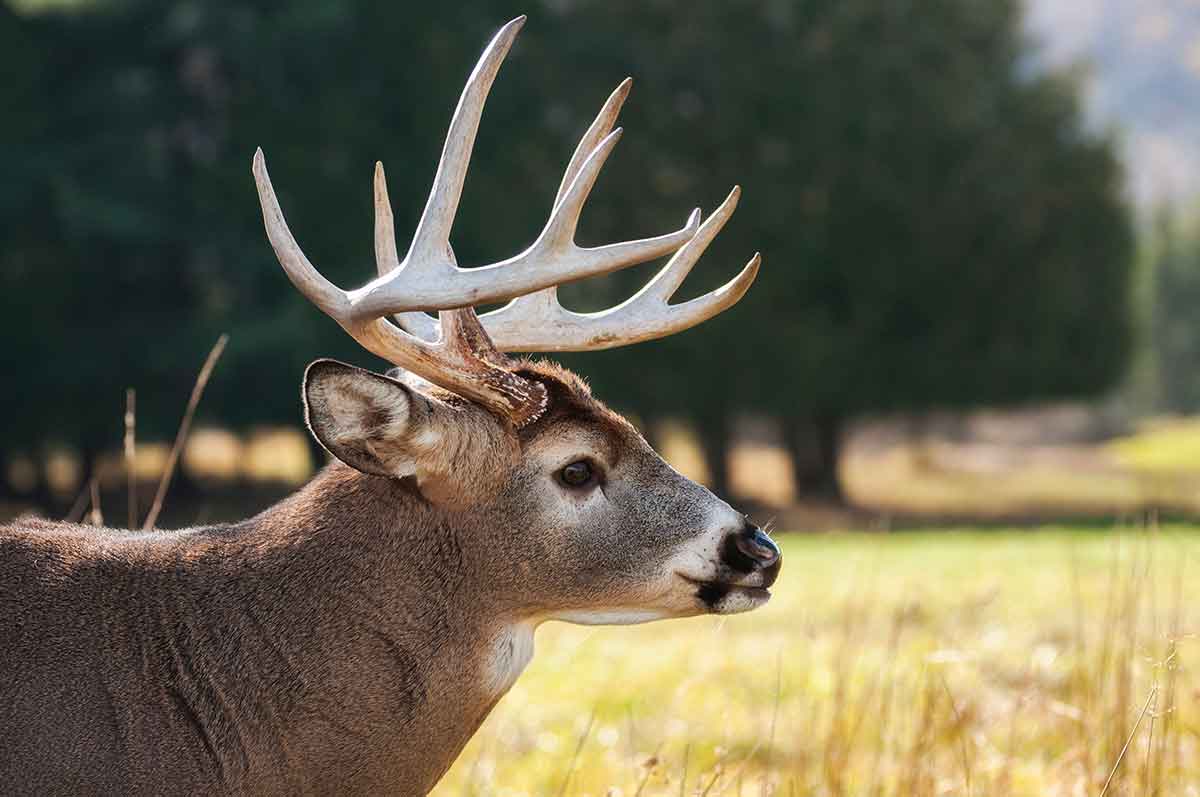 No one hunts whitetails from a tree stand in Randy Flannery’s world.

Not if they hope to actually, you know, see deer.

The country is just too big, too remote, too rugged, too vast.

Owner of Wilderness Escape Outfitters and a state-certified master guide, he leases 400 square miles – not acres, miles – in Maine. It’s woods, lakes and swamps with few roads, buildings or people.

His home county is itself larger than Rhode Island and New Hampshire combined. Yet it has just 33,000 residents.

Of course, according to the U.S. Census Bureau, just 1.3 million people or so live in the whole of Maine. By comparison, Pennsylvania – though only 1.5 times larger by land mass – has 10 times the population.

It’s no wonder Flannery calls his state “the last great wilderness east of the Mississippi.”

“You’ve got to go after them.”

He and his clients do just that, regularly taking mature, wide-racked bucks topping 200 and sometimes 300 pounds field dressed.

Flannery’s techniques aren’t limited to Maine, though. Hunters he’s trained kill deer the same way from Massachusetts to Ohio and everywhere in between. Allegheny National Forest and many state forests and game lands in Pennsylvania are prime for this style hunting, for example.

And now is the time to do it. Firearms deer season is underway in New York and starts on Nov. 25 in West Virginia and on Nov. 30 in Maryland and Pennsylvania.

For starters, he “pre-qualifies” likely looking woods. Whitetails can find plenty to eat pretty much everywhere across the East, he said. So, when targeting big whitetail bucks in particular, he seeks spots with thick cover.

Wetlands, swamps, pine thickets near water, timber cuts, anything the average hunter would look at and automatically dismiss as being too rough offers promise, he said.

Next, he examines them for buck tracks.

Differentiating them from a doe’s footprints has nothing to do with dew claw marks or whether a deer seems to be dragging its feet, he insists. Rather, it’s about spacing.

Flannery said the marks left by the back feet of a doe always fall outside those left by her front feet. It’s the opposite with bucks.

Meanwhile, an immature buck may leave a big footprint. But, like a stocky quarter horse, he’ll also have a short stride. An older buck will have a longer one, Flannery said.

Once he’s identified a big buck track, he ages it, something that works best when the ground is wet from rain or snow. He pushes his fist into ground and compares the mark to the deer’s footprint.

A track icy on the bottom or crusty on the edges compared to his own is too old to bother with.

“If that track is older than four hours, you’re never going to catch up to him,” Flannery said.

If it’s not, he prepares to set out after that deer.

That involves two things. First, he consults his map and compass, plotting a way back out of the woods. Second, he pauses momentarily to set his mind. That’s critical to success, he believes.

Only then does he start tracking. He walks adjacent to tracks rather than in them. If he’s with a partner, they flank him, 60 to 80 yards off to the high side, to watch for deer.

Both walk heel to toe, and quietly, if possible. If the leaves underfoot crunch like cornflakes, he forgets about silence and tries only to match his cadence to that of a deer’s.

Wind direction matters not. The idea is to follow the deer wherever it goes.

Along the way its trail will, like words on the page of a book, tell a story about what that buck is doing, he said.

For example, Flannery might start out moving fairly quickly trying to catch up to a buck.

But, he said, if a buck’s tracks indicate the animal stopped to feed, or to make a rub or scrape, it’s unaware it’s being followed.

“You know you better slow down then because you’re right behind him,” Flannery said.

If a deer starts zigzagging, going up and down hills – large or small – that usually means it’s tired, he added.

“They’ve been chasing the girls all night and they want to lay down,” he said.

That’s a second signal to slow down. A third is when a buck’s tracks seem to just disappear.

Deer can’t fly, he said. But a buck can jump a long distance sideways, landing behind a fallen tree, pile of logs or blowdown, to watch his back trail if he suspects being followed.

In all those situations, Flannery “sweeps” the woods with his eyes. He looks not for entire deer, but bits, like a white throat patch or the horizontal line of a back.

If he sees his buck, he shoots often and fast. If he doesn’t, but suspects it’s nearby, he goes into what he calls his “death crawl.”

That’s stalking a deer you suspect is nearby but can’t yet see. He creeps, taking just one step every five minutes or so.

It’s not an easy way to hunt, he admits. He once followed a buck for five miles before killing it. Almost always, tracking means going through swampy, thick, gnarly country and coming out the other side scratched, soaked and tired.

But his wall full of monster whitetail mounts shows the technique works.

“At the end of the track is the prize,” Flannery said.

Master Maine guide Randy Flannery believes there are situations – such as when, say, hunting pronghorn antelope on the prairies – when a bolt action rifle with a scope is the perfect choice. It’s an effective, precision, sniper-like weapon.

But such a gun has no place in tracking deer, he said.

Instead, he recommends using big, heavy bore lever action or pump rifles with short barrels – 16 inches isn’t too short – and iron sights. He aims like he would with a shotgun, instinctively and with both eyes open, to shoot fast, often and accurately.

“Put the end of the barrel on the target and let the lead fly,” he said.

He trains himself by pointing his gun at 25 trees, one after the other, every time he first enters the woods. The idea is to build up muscle memory.

“It’s no different than a baseball player taking his practice swings before he steps into the box,” he said.

And coming soon: All hunters know about wearing orange. But a new safety color may be coming to woods in a tenth state.