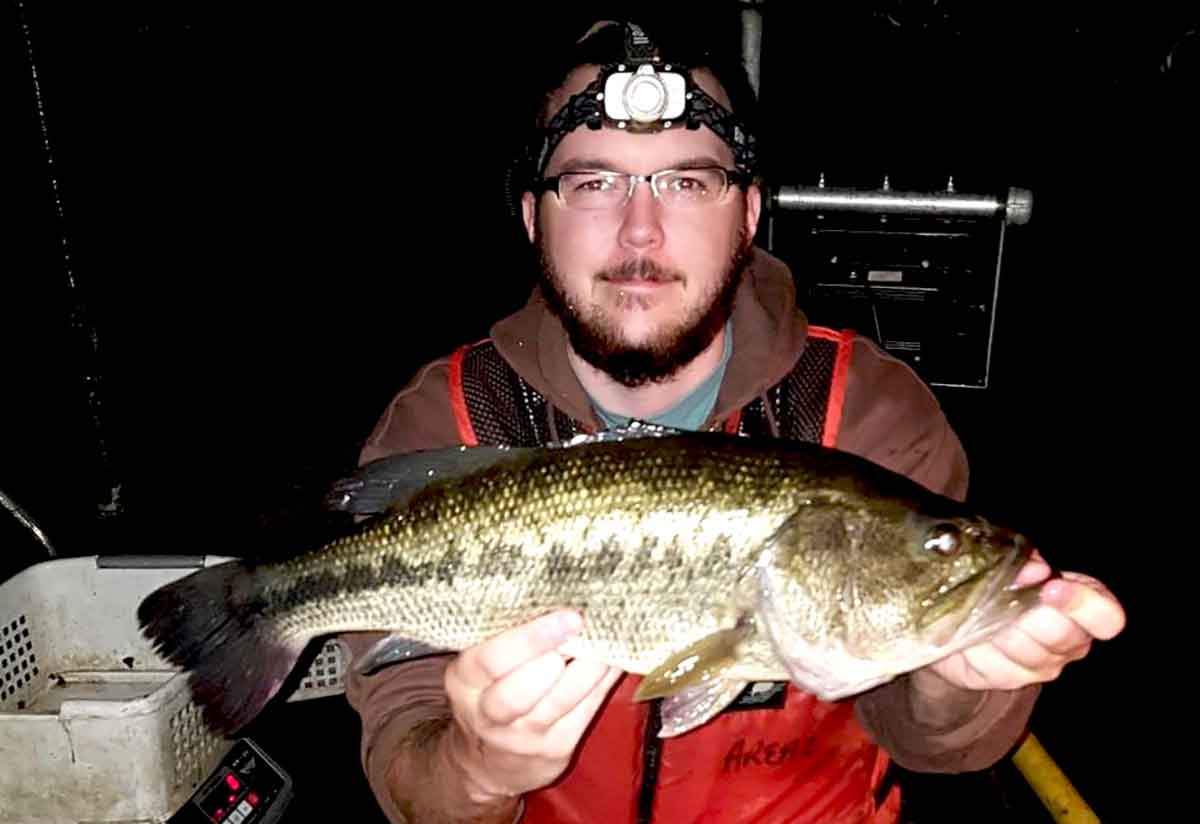 Pennsylvania Fish and Boat Commission biologists surveyed several relatively small lakes in 2018, with an eye toward alerting anglers to what they might encounter this fishing season.

This is what they discovered.

It’s not a good sign, respect-wise, when no one knows exactly what your name is.

So it is with Straight Run Lake.

That’s its official moniker. Probably as many people know it by its other name, though, that being Hemlock Lake.

What dies is whether the lake is any good for fishing, and the answer right now is yes.

But it exceeded hopes.

Biologists collected fewer total bass while electroshocking the shoreline then they did when last at the lake in 2009. But they got bass between 4 and 20 inches.

More importantly, they got more bass longer than 12 inches than before. And they handled more fish longer than 15 inches in any previous survey.

“The majority (48 percent) of the bass captured in 2018 were between 11 and 13 inches in length, which should provide good bass fishing opportunities in 2019 and beyond,” said biologist Brian Ensign

Located just west of Bradford in McKean County, Reservoir No. 3 is small at 40 acres. It’s relatively infertile, too.

But it gets stocked heavily with trout and anglers love it for that reason.

The lake is home to largemouth and smallmouth bass in big enough numbers to provide some fun fishing. Biologists – who never examined the lake prior to 2018 — handled 84 largemouths between 4 and 16 inches and five smallmouths measuring 8 to 21.

The average bass is not exceptionally large. Ten- to 11-inch fish predominate.

But there is the chance at the occasional trophy, biologists said. Especially if you know where to look.

“Anglers seeking largemouth bass will find them present throughout much of the lake, but they are particularly abundant in coves containing aquatic vegetation on the northern and southern shores,” said Ensign. “Smallmouth bass tend to be found in deeper water along the steeper, rockier rip rap areas on the north shore and along the dam breast.”

The fishing here can actually be pretty good. The potential is there, at least.

But you’ve got to know when to go.

For that reason, fishing is best in fall through early spring.

But go then and the fish will be waiting.

Steves Lake is managed under “big bass” guidelines, which limit anglers to keeping fish of 15 inches or longer.

When surveying it last year, biologists handled two and a half times as many largemouth bass overall as necessary to qualify for big bass rules. So numbers are good.

Quality fish are present, too.

The story isn’t too rosy at this 229-acre lake on state game lands 127 in Coolbaugh Township, Monroe County.

That’s not to say you can’t catch bass here, and the occasional nice one.

But it’s a crap shoot.

That was true prior to the lake being drawn down in 2003. It remains true today, after it refilled in 2008 and stocking efforts were initiated..

At times over the years, the lake produced good numbers of largemouths over 15 inches. Even last year biologists found fish as long as 19.4 inches.

But last year the total catch rate was only half of what it should have been, based on state standards for an acceptable fishery. And because reproductive success varies so greatly year to year, it’s hard for the lake to consistently produce fish, and big fish in particular.

So anglers should be aware that some years, the bass fishing at Bradys Lake will be OK, and others less so, the commission said.

The water authority that owned them drained the former for repairs in 2012, the latter in 2014. The commission re-stocked both with a variety of species, including largemouth bass, thereafter.

Neither is fully back as a fishery. Biologists didn’t necessarily expect they would be, though. They’re still in recovery mode.

And, when it comes to largemouth bass, they’ve still got a ways to go.

Overall catch rates are relatively low at both lakes, though Lower Owl Creek Reservoir has fish longer than 15 inches. Commission biologists say they’re likely fish that held over in the remnant pool that remained even as that lake’s dam was repaired.

No such pool existed in Upper Owl Creek, and so the only bass there are ones stocked. And none were longer than 12 inches as of last summer.

“Many of these bass should spawn next spring and continue to improve the abundance and size structure of the population,” says a commission report.