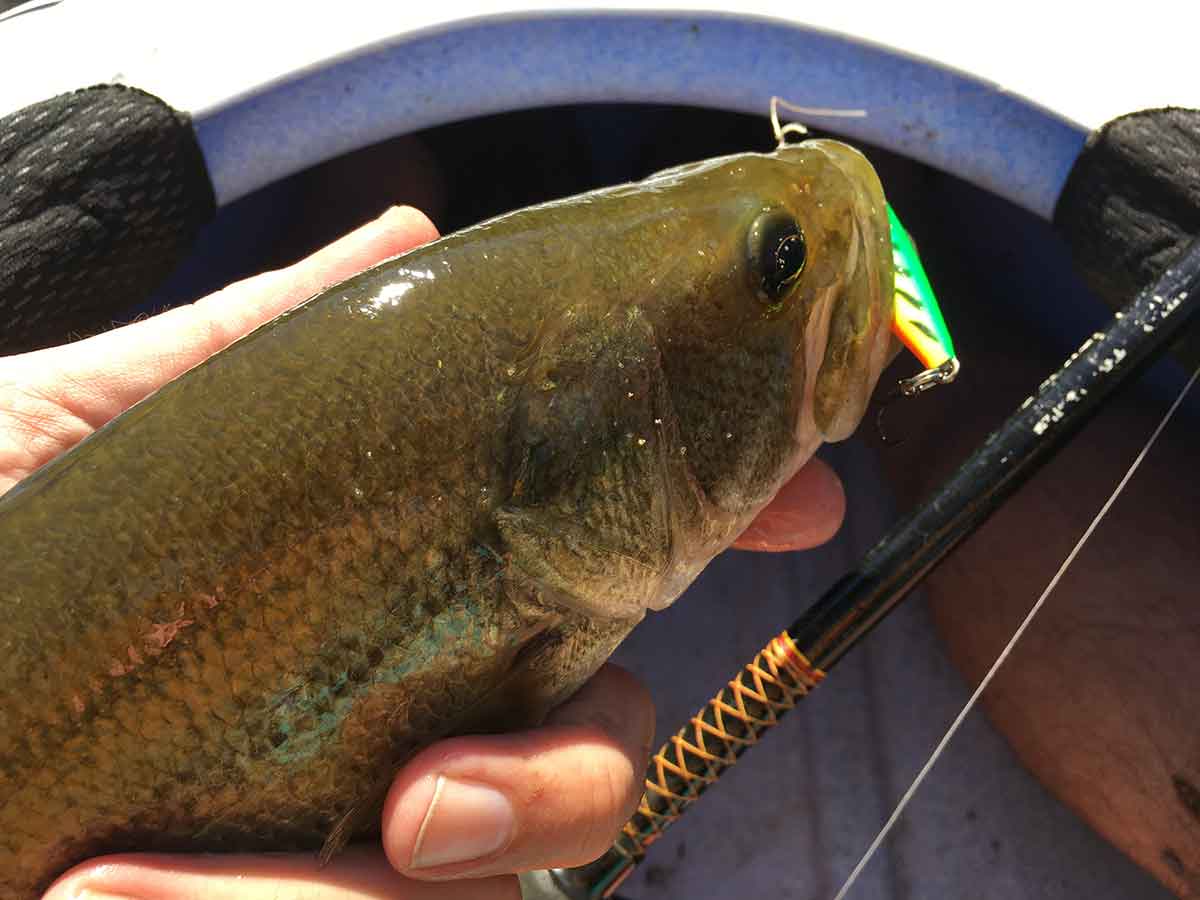 The good news is, there’s a way to pin that down. Biologists with state fish and wildlife agencies each year survey lakes, streams and rivers to get a handle on fish populations. Not every water gets examined every year. Indeed, in many cases, they go years between looks.

Largemouth bass and channel catfish are the story here.

That catch rate ranks among the highest in the state.

The downside, historically, is that most of Lower Twin’s bass were small. Fish in the 8- to 11-inch range predominated a decade ago.

But perhaps things are changing.

Pennsylvania Fish and Boat Commission biologist noticed a “sharp” increase in fish longer than 12 and 15 inches in 2017 and 2018. Bass exceeding 20 inches and 5 pounds turned up both years.

As for catfish, the commission used to stock Lower Twin each year with fingerling catfish, ones measuring 2- to 3-inches long. In 2014 it also started releasing yearling fish in the 8- to 10-inch range.

All those fish were fin clipped in unique ways to see if bigger or smaller catfish better survive the lake’s predatory largemouth bass.

“Of the 39 fish captured, 32 fish were determined to have been fin clipped and 31 were stocked as yearlings,” said commission biologist Mike Depew.

As for the other fish in Lower Twin, well, that’s a mixed bag.

Biologists handled both black and white crappies, with a few large individuals reaching 14 inches. Most were smaller than 9, however.

The lake’s bluegills are generally small, too, though more than half of the pumpkinseeds exceed 7 inches.

A hidden gem might be the lake’s yellow perch. They aren’t as common as bluegills or crappies, but they do tend to be pretty decent. Sixty-four percent of the fish caught in the most recent survey were 9 inches or longer.

This 20-acre lake is the smaller Twin in Westmoreland’s Twin Lakes Park. It’s similar to its sibling in a couple of ways.

Namely, it, too, is full of largemouth bass and channel catfish.

“More encouraging,” Depew said, is the situation with channel cats. When last surveyed in 2009, Upper Twin produced two channel cats. In 2018 it gave up 129, ranging from 7 to 27 inches.

Eighty-seven of those were stocked as yearlings, according to fin clips.

Of the remaining 42 fish, Depew said some were likely stocked as fingerlings prior to the study being initiated. But there may also be natural reproduction occurring.

“Although one may assume that catfish fry from natural reproduction in the lake would be an easy target for predatory fish such as largemouth bass, the sheer number of fry produced, coupled with the behavioral characteristic that fry are guarded by the parental male catfish and protected from predators, may allow for better survival of these naturally reproduced fry than our stocked fingerlings,” Depew said.

Other stars at Upper Twin – to a degree anyway — are its white crappies and yellow perch. Neither are necessarily plentiful. Biologists caught just 25 black crappies and 37 perch in their nets.

This is a 76-acre Fish and Boat Commission-owned lake in Washington County. Like Upper and Lower Twin, it’s another lake where the commission is experimenting with stocking larger channel catfish.

And also like at those two, the effort here seems to be working.

“Furthermore, of the 102 fish captured, 68 were determined to have been fin clipped and 67 were stocked as yearlings,” Depew said.

Their larger size when released is the key, he said.

“The reason for the overwhelming success of the yearlings comes down to size. The dense population of small to medium sized largemouth bass can easily eat 2- to 3-inch fingerlings but only the largest fish can eat 8- to 10-inch yearlings,” Depew said.

And Canonsburg holds lots of bass, though not as many as before.

That’s good, because aside from channel cats and bass, Canonsburg offers little else in the way of quality fish.

Oh, you can go there and catch a lot of panfish, Depew said. Bluegills and black and white crappies are abundant.

But they’re almost uniformly small, rare being the one more than 7 inches.

“Competition with gizzard shad for food resources is likely affecting the size structure of the panfish populations in Canonsburg Lake,” Depew said.

Next week: A look at a number of lakes where muskies are and aren’t doing well.