Campground of the Future project eyes decade ahead 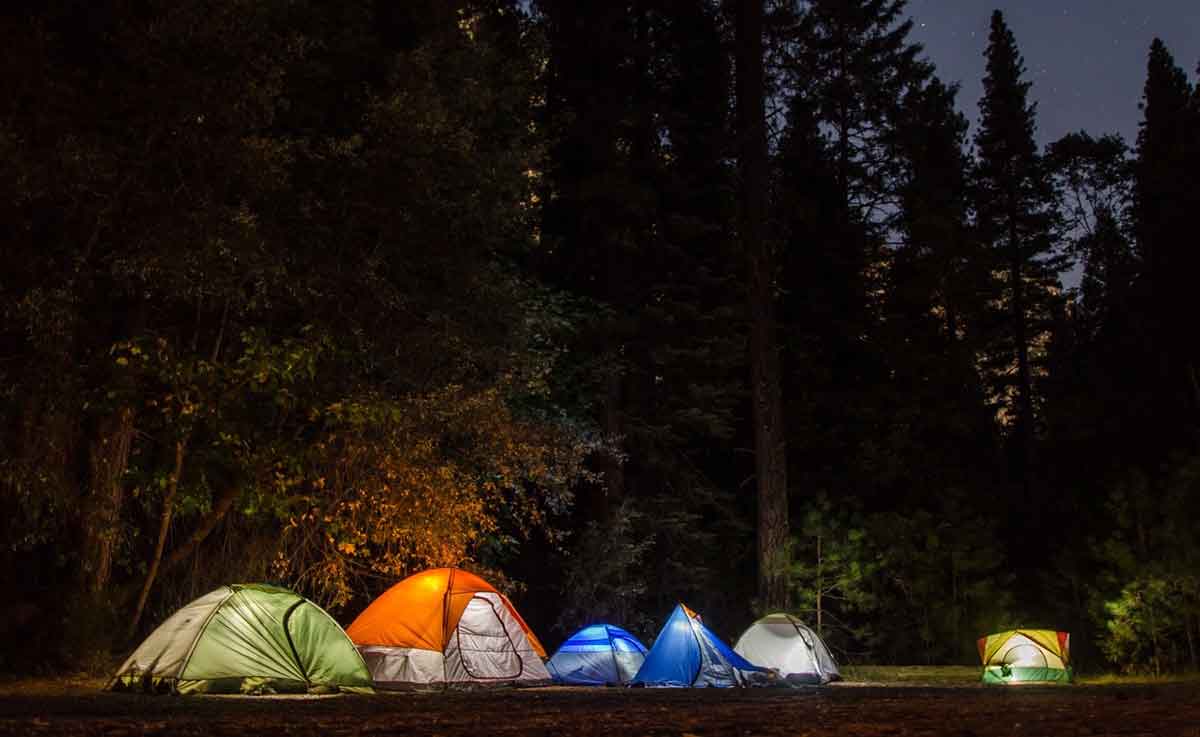 One look into camping’s future predicts some radical changes are coming.
Photo: Pixabay

It’s undoubtedly true many campers enjoy setting up near the water.

But how about under it? In an aquarium-like cabin, where they’re the ones on the inside looking out? Accessible by an underwater hiking trail?

That’s one possible future for camping outlined in the “KOA Campground of the Future Project.”

Kamgrounds of America – known to campers as KOA — is the world’s largest system of privately-owned campgrounds. It has 517 locations across the United States and Canada.

Some already offer unique accommodations, including teepees, Conestoga wagons, even train cabooses, among other things.

But earlier this year the company put time and money into projecting what camping might look like in 2030. The Future Project is the result.

“Each year, Kampgrounds of America talks to millions of campers both immediately following their camping stays, or through extensive, scientific surveys geared to find out what campers want from their outdoor experience. We took all that our campers told us, and we started to dream,” the company said.

“What would the next generation of recreational vehicles be like? How can campgrounds better integrate nature into each guest’s outdoor experience and still be ecologically responsible? How do we best bring people together to share all that the Campground of the Future has to offer?”

The possible answers outlined in the Future Project are fun, fantastical and perhaps – given that most KOA campgrounds are independently owned by small business franchisees – sometimes far-fetched.

The Project breaks camping’s future down into five regions: forest, coastal, desert, mountain and urban. Visitors to the Project website can take a virtual reality tour of each.

In the future, KOA says, forested campgrounds “will focus on amplifying the outdoor experience for campers.”

That means minimizing distractions like roads and vehicles – with designated parking areas, for starters – while providing more secluded campsites and areas and activities geared toward health and wellness.

One other idea? Tents on rails.

Campers would unload their gear by their vehicle, placing it onto a platform on rails, like train tracks. Once everything is on board, the platform automatically retreats further into the woods, offering a more secluded experience.

Here’s where the underwater cabins come in.

“Coastal campgrounds,” KOA said, “will bring campers as close to the water as possible. That could mean camping over the water on ‘camping causeways’ or even under the water in unique below-the-surface cabins.”

All would be powered by solar collectors on the water’s surface. They would be unnoticeable to campers.

Another feature of these locations might be enclosed underwater trails. They would, in this vision, take campers from the beach under a lake or river and back again.

KOA plans to put the sun to work in desert regions.

“Large solar arrays will provide both power and shade to campers. Cooling lake-like pools will be integrated into the landscape, and stores will be designed to bring the outdoors indoors through the use of expansive glass windows and open-air areas,” it said.

Those pools would mimic the kind of oasis you might expect to see in a movie. You know, where a parched traveler imagines cool water, shade, kids splashing and parents watching from amphitheater-like seats.

Group patios would allow families to camp together. Similar sites, but with fencing, would permit campers with pets to recreate an off-leash “backyard” setting.

As in the coastal region, KOA sees a place for “jumping pillows” that people of all ages can play on.

How would you like to hang your RV off the side of a cliff?

“Campers will be a part of the outdoor experience in mountainous settings. Cantilevered campsites will integrate fabulous vistas for RVers, tenters and cabin campers,” KOA said.

Long, narrow driveway like sites built into a mountain would extend out over a canyon, for example. See-through glass panels would act as fencing to keep people from wandering over the edge.

Cabins built directly into the sides of mountains are another possibility, KOA said.

In all cases, technology would even get campers to their sites in this vision.

Forget checking in at an office. KOA envisions using “geofencing,” or technology that would recognize an RV or vehicle when it entered the campground, register it and direct it to the proper site.

City dwellers would no longer have to choose between going far from home or forgoing camping in this concept.

KOA is talking about putting campgrounds right in the heart of metropolitan areas. They would be relatively small, but emphasize green space.

“Urban campgrounds will even take advantage of building rooftops to extend the camping experience,” KOA said.

There might even be tent kiosks where tent campers could recharge a mobile device and call camp staff to order food and other supplies.

KOA is eyeing other innovations in each region, too, like using drones to deliver supplies to campers. Or campers might be able to arrange to have a pantry stocked to their liking before arrival.

KOA officials, in a statement, agreed some of the amenities envisioned in the project “don’t yet exist.” Others, though, are already in development or in actual use at some campgrounds.

So will it take until 2030 for camping’s future to arrive?

Maybe in some cases, maybe not in others.

“KOA’s Campground of the Future project is ongoing,” company officials said in a statement. “We’ll keep asking our campers and our RV manufacturing and dealer partners for their input as we go forward.”

Check this out now: Keys to successfully camping in the rain