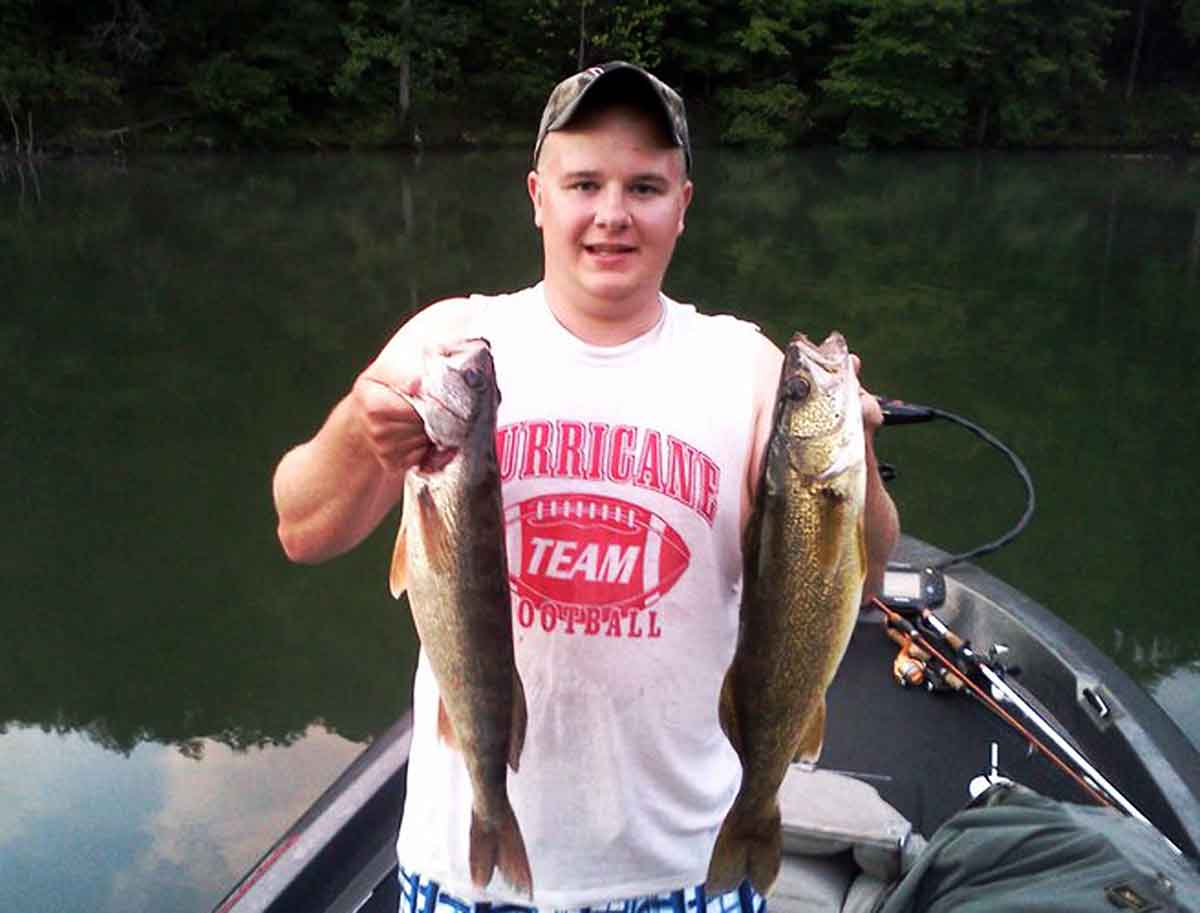 Jigging is a fun and productive way to catch walleyes in both rivers and lakes.
Photo: Virginia State Parks staff

But not always in Dean Cushman’s world.

He’s a Michigan-based guide with Hardcore Charters and an instructor with teachinfishin.com. When he’s not on the water fishing, he’s traveling the country educating others on how to do it.

And jig fishing the absolute bottom of a river or lake, especially for walleyes, is what he loves most.

“Rod in hand, feeling the bite. I love that kind of fishing,” Cushman said.

But having fish on bottom is critical. If walleyes suspend mid-water column, or at any depth far off the bottom really, jig fishing just doesn’t catch them, he said.

It’s not a great technique for randomly prospecting either.

Cushman finds those things using sonar and only then gets to work.

His tools are always the same. He likes 5.5-foot, medium heavy rods with extra light tips. He pairs those with high visibility, low stretch line.

Using that gear worked that way, hook sets are accomplished with nothing more than a flick of the wrist.

But you have to keep your line tight, he added. Otherwise you’ll experience what he calls the “three tap” moment.

Beyond that, the type of jig he fishes varies depending on conditions.

When he’s on a river with heavy current, vertical jigging often works best, he said. But jigs – round, ball-style ones with the eyelet on top of the head — have to be heavy, weighing either 5/8-, ¾- or 1-ounce.

He wants them to fall fast and hit bottom hard.

“We like to get that thump on the bottom. Because fish can feel that with their lateral lines,” Cushman said.

“So a fish that doesn’t see my lure, he can feel it and I can turn him toward my bait. Then I have a chance to get him to bite.”

But he changes things up when on inland lakes. That’s because of weeds.

They’re not to be avoided.

He actually likes to target walleyes in and around cabbage weeds, which are thick on top but bare on the bottom 12 to 16 inches of stalk. Walleyes can move around and through them and still see bait.

And fish on the edges of that cover are usually prime to be caught.

“Those are fish that are hunting. They’re active. They’re out looking for something to eat,” Cushman said.

Tossing a ball head jig into the weeds, though, usually means bringing back nothing but vegetation. They just get caught up too often.

So he casts jigs that have their eyelet on the front, or nose — “weed weasels” are one example — and usually have some kind of weed guard.

They’re not impervious to weeds. But they do snag fewer.

And if and when they do hang up, he reels his line down until it’s tight, then gives a quick jerk to free everything.

“A lot of times, that will be the trigger to a strike,” he said. “Those fish see your bait dart like that and they hit it.”

In all cases, be it river or lake, he begins every day by tipping his jigs with plastics of different sizes, colors and action. When he sees what’s working, everyone goes to that pattern until the walleyes turn off. Then he starts experimenting again.

When the action is hottest, it’s clear why he loves jigging so.

Check this out now: River walleyes a different kind of game