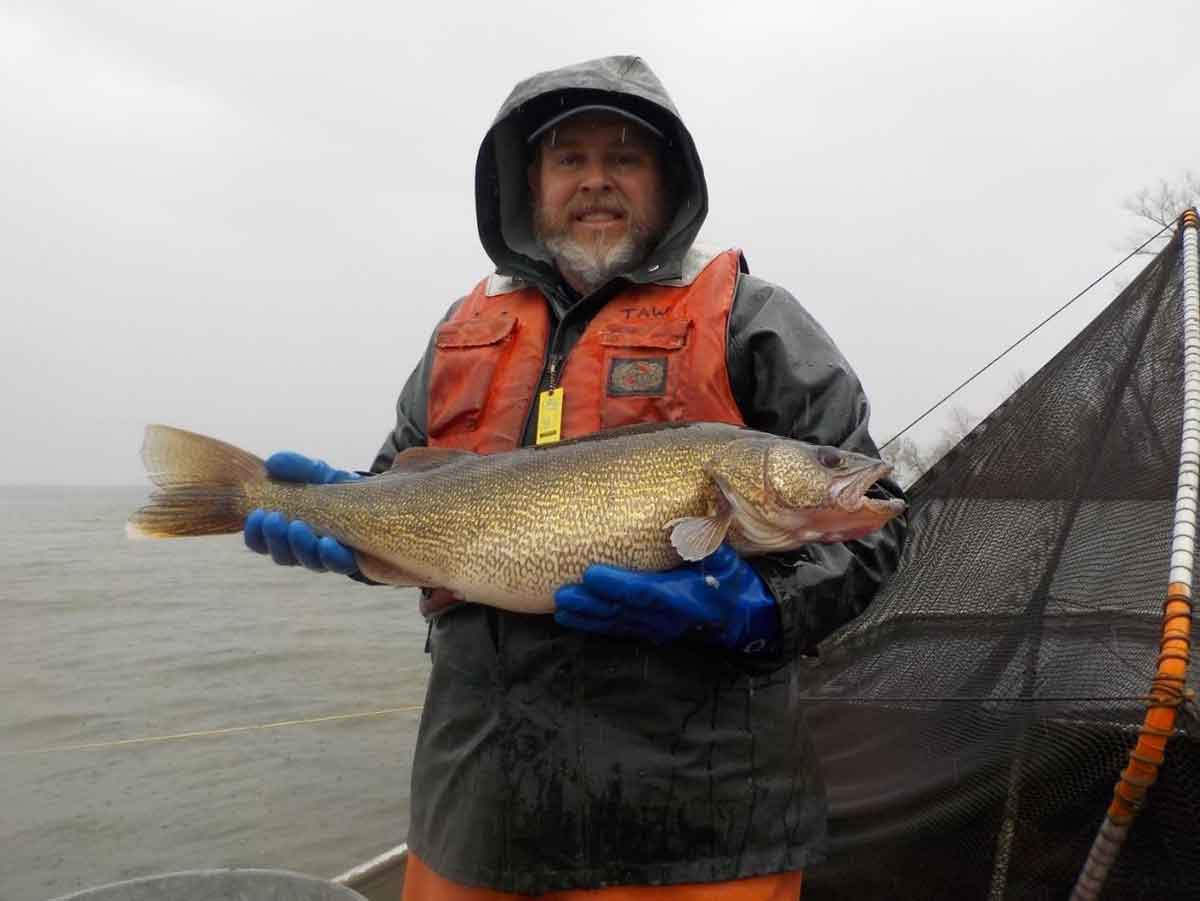 Maybe nature is balancing itself out at Pymatuning Lake.

Anglers can’t be blamed for hoping so.

For years, biologists with the Pennsylvania Fish and Boat Commission have talked about how many walleyes swim in the 17,088 acre lake in Crawford County. .It’s the centerpiece of Pymatuning State Park, on the Pennsylvania-Ohio border.

They survey the lake every spring, counting walleyes and other fish caught. They have since at least 1989.

The news recently has been nothing but good.

This spring, for example, biologists caught 3,296 walleyes, said Tim Wilson a biologist working out of the commission’s Linesville office. That’s enough to make them, by far, the most common fish caught in trap nets.

That includes some nice fish, too. The smallest walleyes seen stretched 7 inches; the largest 29. The majority are 16 to 22, with the average a very nice 19 inches.

Walleyes must be 15 inches to be legal for harvest.

Despite all that, Pymatuning’s walleyes have proven elusive.

Wilson said the commission received “numerous” complaints from fishermen and women in 2017. All lamented how hard it was to get walleyes to bite.

The problem, Wilson said, was food. There was simply too much of it in the lake. 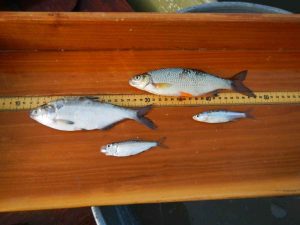 “We attributed the relatively poor fishing to the much higher than normal abundance of forage we saw during our 2017 trap net survey. Gizzard Shad, alewives and spottail shiners were all well above their long-term averages of relative abundance,” he noted.

But that continues to change, in a good way for anglers.

Biologists collect those forage fish in their survey nets, too. And they got fewer last year than the year before, and “substantially” fewer this year still.

That’s not to say they’re disappearing. There’s still plenty for the lake’s walleyes and other fish to eat, Wilson said.

“This forage base provides excellent growth and survival rates for all the predators in Pymatuning Reservoir,” Wilson said.

But they’re no longer so numerous that the lake’s walleyes are all full all the time.

And that should – potentially, in theory or however else anyone wants to describe it — make them easier to catch, at least relatively speaking..

Aside from walleyes, anglers can have fun targeting other fish in Pymatuning.

Yellow perch are the next most abundant species in the lake. Their numbers climbed again this spring, which has been the long-term trend.

They tend to be small, though.

But 55 percent were shorter than 6 inches, and another 32 percent between 7 and 9. Only 13 percent were 9 inches or longer. That’s the size preferred by anglers.

Until that changes, Wilson said, the perch at least provide another prey species for walleyes and other larger game fish.

The story is better right now with two other species.

The crappie fishery – also hugely popular at Pymatuning – remains good, if not historic.

Biologists caught more black crappies than white. And the average fish was “impressive,” some of them going 14 inches, Wilson said. But overall numbers were down a lot compared to 2018.

Angler harvest is the most likely reason why, he suggested.