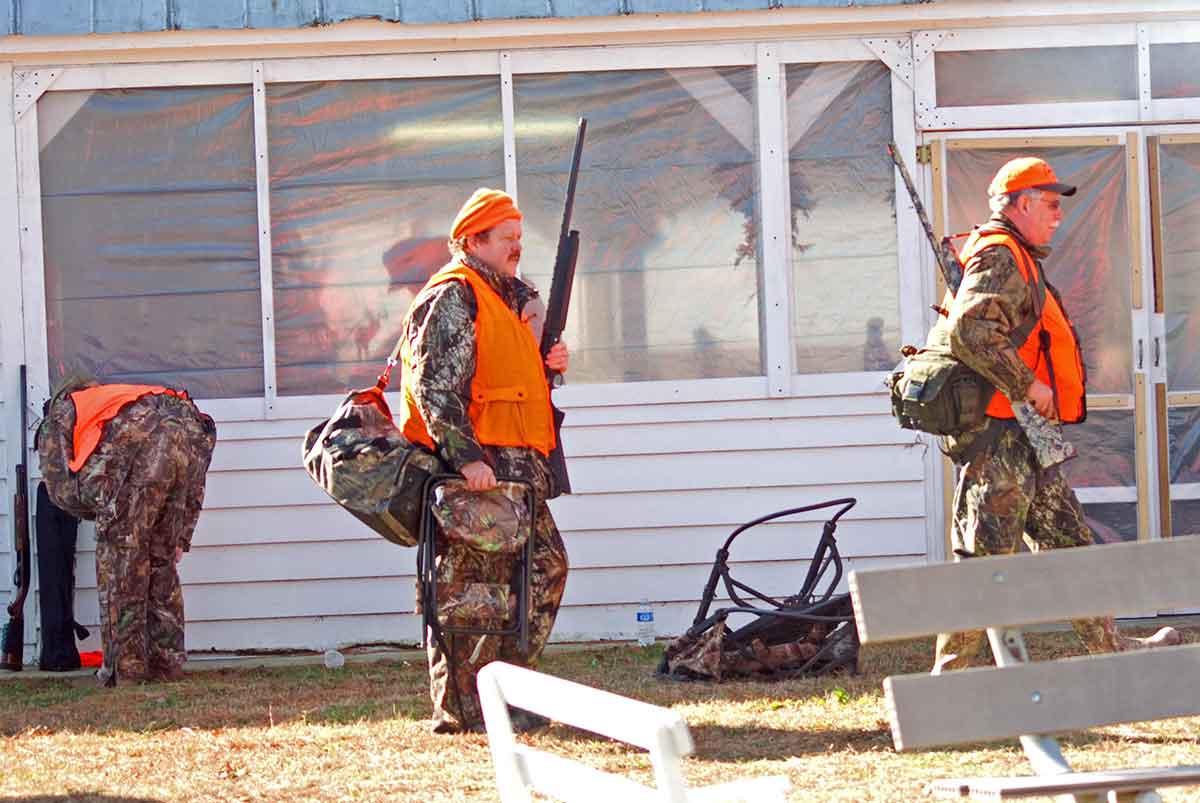 Hunters acros Pennsylvania will experience one of the biggest changes in decades this fall with the moving of opening day of the statewide deer season.
Photo: Wiki Commons

Opening day of Pennsylvania’s statewide firearms deer season is moving. It’s been the Monday after Thanksgiving each year since 1963.

This year it will be the Saturday after Thanksgiving.

Pennsylvania Game Commissioners on Tuesday – by a 5-3 vote – made the switch in setting hunting and trapping seasons and bag limits for the 2019-20 license year. It was just one of several changes adopted.

But it’s clearly the biggest one.

Whether it’s the right one is harder to predict. Answers about its impact on the future of hunting in the state – good or bad – likely won’t come for a few years.

In changing things up, commissioners cited the possibility that a Saturday opener could potentially boost hunting license sales and participation by making their sport more accessible to college students and working people.

There are no guarantees, though.

The commission surveyed lapsed hunters – those who bought a license twice in a five-year span, but not in the last two – to see if a Saturday opener would convince them to hunt again. More than 60 percent said yes or at least maybe.

But, according to Coren Jagnow, the commission’s human dimensions specialist, it’s likely that only a fraction – an unknown one at that – will follow through.

Other surveys, meanwhile, showed that a majority of existing hunters oppose the change to a Saturday opener. The breakdown was about 2-to-1 against.

Hunters who operate from camps were the most vocal opponents.

One was Randy Santucci of Pittsburgh. A past president of the Unified Sportsmen of Pennsylvania, he testified before commissioners. He stressed he was representing himself and not any group.

But he said that, like many camp owners, he values the entirety of opening weekend, from arriving at camp Friday to actually hunting on Monday. The camaraderie of those few days – not just the hunting that ends it – are key to recruiting and retaining young people, he suggested.

“Pennsylvania has deep family ties. It is the invisible glue that holds the majority of our hunters together,” Santucci said.

Fred Brathchie of Butler agreed. A camp owner for the last seven years, he said camp owners are a “major recruiting tool” for future hunters. That’s being overlooked, he added.

And he fears that will actually lead to fewer hunters in the long run.

“It may not show up immediately, but you watch. After a few years, the numbers will decline, and once you break that link, the chain is broken forever. And then what will you do?” he asked.

Others, though, supported the change.

Wes Waldron, spokesman for the United Bowhunters of Pennsylvania, said it may very well “pose initial problems” for camp owners.

“Those who hunted during those years adjusted to the change to a Monday opener, and we are confident that current and future hunters will also prove to be as adaptable,” Waldron said.

Sen. Dan Laughlin, the Erie County Republican who chairs the Senate game and fisheries committee, supported the change, too. His own hunting camp was largely empty last year because five adult children in his extended family had to leave for school or work because they couldn’t get a Monday opener off.

Many families are experiencing similar difficulties, he said. And given the “sharp decline” in hunter numbers across Pennsylvania and the nation, that’s unacceptable, he noted.

“For those who have told me it’s tradition and you like the Monday opener, I say to you, enjoy the solitude,” Laughlin said. “If we don’t take drastic and bold moves to make hunting more accessible to our children and young adults, many of whom have to work or simply can’t afford to miss work, our sport and our numbers will continue to decline.”

The board itself split.

The three commissioners who voted against moving opening day – president Tim Layton of Somerset County, Michael Mitrick of York and Jim Daley of Butler – cited the opposition of hunters as their reason for doing so.

Daley, one of the first champions of a Saturday opener, said there’s no biological reason for starting deer season on one day or another. That’s purely a “social decision,” he said.

And commission surveys showed most hunters prefer a Monday start, he said. That includes those who hunt from camps and those who don’t, largely because any change complicates what is already a busy holiday weekend, he added.

What’s more, any gains in new hunters will likely be offset by the problems the change will cause existing ones, he added.

“It goes against all principles of first do no harm,” Daley said. “That’s the reason I changed my mind.”

Mitrick agreed, noting that making the change is sure to draw the ire of those who not only said they opposed a Saturday opener, but “absolutely hated the thought.”

“We have a lot of things we want to accomplish going forward. To incur the wrath of this population, I think, is not a good thing,” Mitrick said.

The majority of the board sees more positives than negatives in making the change, though.

Commissioner Charlie Fox of Bradford County has spent decades working with programs aimed at getting young people into hunting and the outdoors. He believes a Saturday opener could further those goals.

“And when it came down to make that decision, that’s what tipped the scale for me. Is this something that’s going to be good for the kids in the future?” Fox said. “The opportunity is worth the risk.”

It’s not just kids, in high school or college, though, said commissioner Stanley Knick of Luzerne County and Scott Foradora of Clearfield. A Saturday opener will benefit working people who just can’t get Mondays off, they noted.

So opening day this fall will be a Saturday. That’s not to say it can’t change again, for 2020 or beyond.

Commissioner Brian Hoover of Chester County said that while he believes a Saturday opener will prove worthwhile, no decision of the board is permanent.

“If we see down the road that it hasn’t worked, we can always make the adjustment,” Hoover said.

Steve Smith, chief of the commission’s information and education bureau, said the agency will indeed track young hunters, lapsed hunters and others to see if the move to a Saturday start to deer season draws them into the sport.

That can guide future decisions, said board president Tim Layton of Somerset County. What those will be no one can predict, he said.

“Do I think we did the wrong thing for Pennsylvania? Time will tell,” Layton said.

Game Commissioners changed more than just the opening day of the statewide firearms deer season at their April meeting.

They created some new seasons and expanded others, too. The board: