No guarantees around opening day and hunting participation 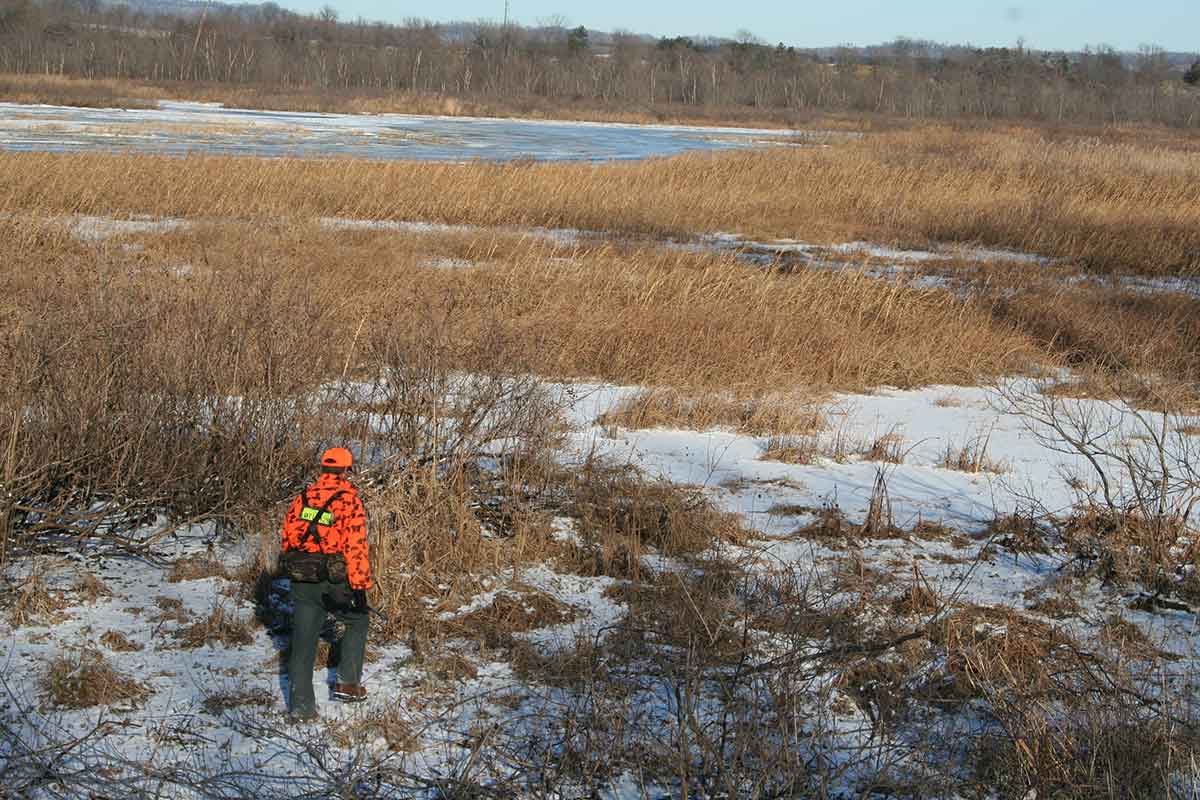 MIght moving opening day of Pennsylvania’s statewide firearms deer season boost participation? It seems the only way to find out is to try it.
Photo: Wiiki Commons

It won’t be a case of playing a hunch or taking a leap of faith, necessarily.

But some new information suggests if Pennsylvania Game Commissioners move opening day of the statewide firearms deer season from the Monday after Thanksgiving to the preceding Saturday, they’ll do so without absolute certainty how people will react.

Commissioners unanimously approved the change for the 2019-20 hunting season at their January board meeting. It’s up for final approval at their April 8 and 9 session.

Opening day has been the Monday after Thanksgiving since 1963.

Commissioners changed that in an attempt to get more people into the woods. Participation in hunting in Pennsylvania – as in almost every state in the country – is on the decline.

The thinking is a Saturday opener would benefit students, particularly those in college, and working people with limited time off.

The commission tried putting that theory to the test over the last few months.

Coren Jagnow, its human dimensions specialist, surveyed “lapsed” hunters over the winter. She mailed questionnaires to more than 11,000 people ages 25 to 60. All purchased a hunting license at least twice between 2012 and 2016, but not in either 2017 or 2018.

The survey asked if a Saturday opener would convince them to get back into hunting.

Nearly twenty-five percent said they would “definitely” buy a hunting license in that scenario. Another 36.3 percent saying they would “consider” it, Jagnow said.

That comes with a qualifier, though, she added.

The commission surveyed lapsed hunters before, in 2011. It asked them if they planned to buy a license the following year.

A gap between “planned versus actual behavior” emerged, Jagnow noted.

People who said they had no interest in buying another license almost universally didn’t, while only 39 percent of those who intended to actually did.

That suggests the roughly 25 percent of lapsed hunters who say they would definitely buy a license if opening day to move to Saturday “is likely to be a little bit smaller or a lot smaller,” she added.

Then there’s the issue of time.

The commission’s most recent surveyed asked lapsed hunters what factors keep them from buying a license and hunting. They chose from 19 options.

They ranked lack of time – something the Saturday opener is meant to address – first. But it was not obvious as the one and only issue, Jagnow said.

“I think it may come down to the fact that there’s a variety of factors that influence people’s decision to buy every year. It’s not just if they can get time,” she said.

Commissioners then asked questions that revealed no definitive answers.

One deals with just how many potential hunters are out there.

Seventy percent of lapsed hunters responding to the survey identify themselves as hunters, Jagnow said, even though they haven’t bought a licenses in at least two years. And, she added, previous research, done by universities and national polling firms on multiple occasions, has always concluded that at least 15 percent of Pennsylvania adults – roughly 10 million people – identify as hunters.

But there’s no way to put a firm number on it, or predict how those people would react to a Saturday opener, Jagnow said

Another question raised by commissioners related to “churn.”

Jagnow said about 20 percent of hunters come and go each year, with some dropping out to be replaced by others, either existing hunters who lapsed but come back or newly recruited hunters.

Commissioner Jim Daley of Butler County asked if there was any way to predict how a Saturday opener might impact those people moving in and out of the ranks already.

“It seems like the odds are a quarter of them would buy a license again regardless of anything,” Daley said.

That, too, is difficult to predict, Jagnow said.

Then there’s what commissioner Brian Hoover of Chester County called “the elephant in the room.” The survey didn’t involve talking to college students.

“One of the questions we were trying to get was, would they buy a license? Because that’s going to be a big portion of the increase we’re looking to obtain,” he said.

Indeed, Layton noted it’s older hunters complaining loudest about the potential moving of opening day, citing “tradition, tradition, tradition.” Yet, “some of the most compelling stories” for changing the opener are coming from college students.

“And that’s really the age group we’re looking at. Not just those hunters we want to bring back that are 25 and older,” Layton said.

Young people who go straight from high school into the workforce, and are unlikely to have the seniority needed to get a Monday off, are another target, added commissioner Scott Foradora of Clearfield County.

The commission previously surveyed hunters ages 18 to 25 – some still in high school – about opening day, Jagnow said. It was done in a different format, and the question was phrased a bit differently. But they had four options.

Respondents preferred keeping the opener on the Monday after Thanksgiving. The ranked the Saturday before second, she said.

So, commissioners tried getting answers another way, questioning their R3 – for recruitment, retention and reactivation — coordinator, Derek Stoner. They wondered what he hears in the field from hunters and would-be hunters about how a Saturday opener might boost participation.

He was not optimistic.

A Saturday opener offers “unproven potential,” Stoner said. But he suggested – in what he admitted is opinion based on anecdotal evidence – any gains from a Saturday opener would be offset by losses of “core” hunters traveling out of state to hunt or quitting altogether.

At least a couple of commissioners didn’t buy those fears.

Only Maryland among neighboring states also opens its deer season on the Saturday after Thanksgiving. It makes no sense, Hoover said, to forego trying to help Pennsylvania sell more licenses because of people who are already taking their money elsewhere.

As for hunters quitting over a Saturday opener, Foradora said more than two dozen family members promised to quit hunting when the commission implemented antler point restrictions years ago. Not one actually did.

“Do you really believe someone in Pennsylvania is not going to buy a license over this issue? I don’t believe that,” he said.

So in the end, it seems commissioners will have to make their decision on a Saturday opener without any guarantees.

“In the R3 world, a lot of decisions are driven by data, as they should be,” Stoner said. “But in a lot of cases, though, they have to be tough decisions that are made based a little bit more on opinion, that we think this is going to be the best benefit for a new generation.”

A look at Sunday hunting in relation to opening day

It’s not all about one particular Saturday.

Pennsylvania is just one of a handful of states that largely prohibits hunting on Sundays. But there’s an effort afoot to change that.

State Sen. Dan Laughlin, an Erie County Democrat, is sponsor of Senate Bill 147. It would lift that ban and allow the Game Commission is incorporate Sundays into hunting seasons if and where appropriate.

With that potentially on the horizon, the commission asked lapsed hunters in its survey about Sunday hunting. Would they buy a license again if they could hunt that day?

That varied a bit by age.

Hunters younger than 47 were more likely to respond favorably to the possibility of Sunday hunting than those older.

Interestingly, another state lawmakers is trying to mandate that the statewide rifle season start on a Sunday, namely the one immediately after Thanksgiving.

Rep. Bill Kortz, and Allegheny County Democrat, is sponsoring House Bill 989. It would mandate, by law, that the season start on that day.

“The future of hunting is in jeopardy as it never has been before,” he told fellow lawmakers in a memo seeking co-sponsors.

His bill would address that in two ways, he said. It expands Sunday hunting in general and starts deer season specifically on a day that many have off from work or school.

“Starting on a Sunday instead of a Saturday, as has recently been proposed by the Game Commission, will give enough time for travel and preparations to hunters who go to camps all over the state. Also, given that many schools already close for the Monday after Thanksgiving, a Sunday start allows for two days in which parents can hunt with their children,” Kortz wrote.

The bill was referred to the House game and fisheries committee for consideration, of which Kortz is minority chairman.