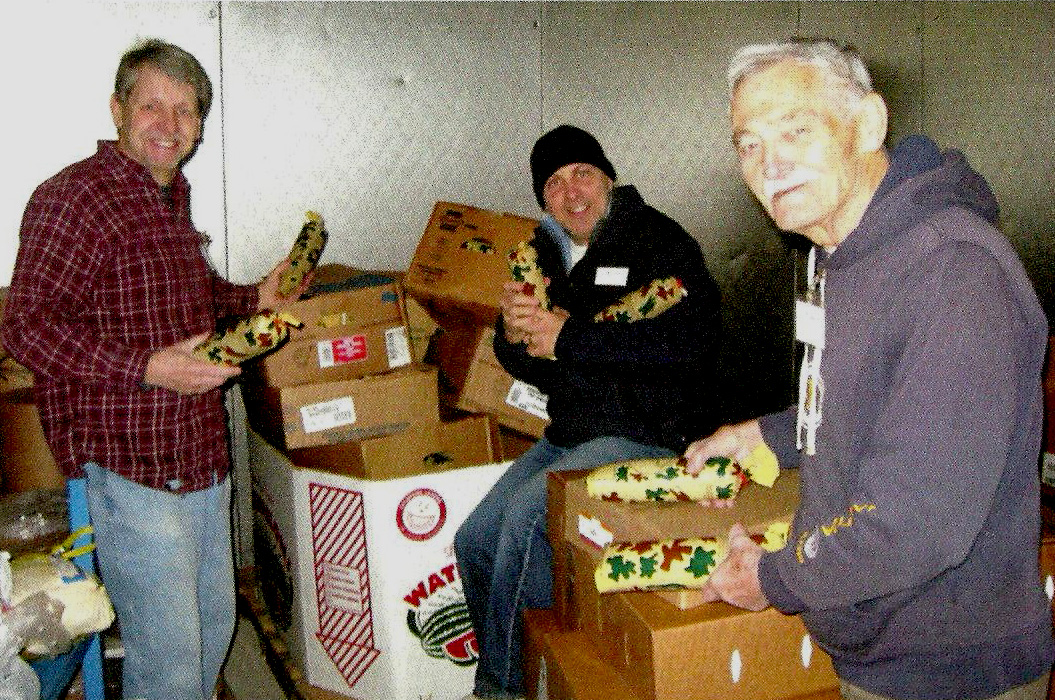 America has a hunger problem. Hunters are helping to solve it.

And with hunting seasons across the country opening in just days or at most a few weeks, the hope is that they’ll step up again.

According to the nonprofit Hunger Free America, one in 10 employed Americans – nearly 15 million people – live in homes that can’t always afford enough food to eat.

The group looked at hunger nationwide between 2015 and 2017. It released its resulting report, “The Red, White and Blue Hunger Wave: A 2019 United States Hunger Atlas,” late in 2018.

It also revealed that more than 17 percent of children and nearly 8 percent of seniors 60 and older lived in “food insecure” households during that time.

Take all that together and the United States is “the only Western industrialized democracy with this level of food hardship,” said the group’s CEO, Joel Berg.

“We simply cannot let mass deprivation be considered any sort of new normal,” he said.

In at least half the states nationwide, hunters donate extra deer to food banks, soup kitchens, church pantries and other organizations serving those in need.

That adds up to lots of much-needed protein.

In Pennsylvania, venison donations are encouraged and collected via the Hunters Sharing the Harvest program.
Hunters with a deer to donate take it to a participating butcher shop. There’s it’s turned into ground meat, packaged in 2- and 5-pound bags.

There’s no cost to the hunter. The program, via corporate and individual donations, covers the cost of processing each animal.

The Pennsylvania Game Commission is one sponsor. It donated $20,000 annually to cover butchering costs in past years.

Commission president Tim Layton said Hunters Sharing the Harvest does “a good thing for the right reason” and wants to support that.

“That money is going to go a long way for their mission and what they need,” he said

The program has grown since its inception in 1991. And last year was another milestone.

“This is a result that would have been laughable even 10 years ago. Totally unreachable,” Plowman said.

That brings the total amount of venison donated since the program’s inception to more than 1.5 million pounds, he added.

It’s not just Pennsylvania, though.

A similar nonprofit, the faith-based Farmers and Hunters Feeding the Hungry, has been around since 1997. It collects not only venison, but livestock from farmers.

With chapters in 21 states, from Florida to Arizona to Wisconsin to Ohio, it collected 178,000 pounds of deer, elk and livestock – the equivalent of 89 tons – last year. That provided 714,000 meals.

“We are so thankful that the Lord has used this ministry to enable hunters and farmers to provide meat for over 20 million meals to their hungry neighbors,” said executive director Josh Wilson. “And we are grateful for the local butcher shops, financial supporters and volunteers across the country who make this program possible.”

Likewise, in New York, the Venison Donation Coalition collects deer from hunters, gets them processed and off to food banks, which delivers them to people in need.

It’s a complex system, but one that works thanks to lots of cooperation, officials with the group said. Hunters, farmers, butchers, food banks, and sponsors make it all possible’

“Missing one partner would break the spool that keeps this wheel turning,” the collation said.

Still, all of the venison donation programs believe they have room to grow. That’s the word they’re trying to get out now, with hunting seasons on the horizon.

Plowman, for example, said Hunters Sharing the Harvest recently formed an alliance with the Feeding PA Food Banks network, a consortium of eight major member food banks with 2,600 agency providers. Meat is one of the items most in demand at all of them, he said.

There are participating butchers in about 60 of the state’s 67 counties. It’s a “little light” in even some of those, however, he said.

And he wants to fix that, so that hunters don’t have to drive too far to donate a deer. That’s a potential barrier the program doesn’t need, given the problem of hunger in Pennsylvania and across the nation, he added.

Getting involved with venison donation

But there are other ways to support them, too. They are constantly in need of volunteer coordinators and butcher shops, for example.

Individuals and businesses can also make cash donations. That money offsets the cost of things like processing deer and providing bags for meat.

Here’s how and where to learn more:

Likewise, a number of other states also have programs whereby hunters feed the hungry. Check with your state wildlife management agency to find out what opportunities exist where you live.