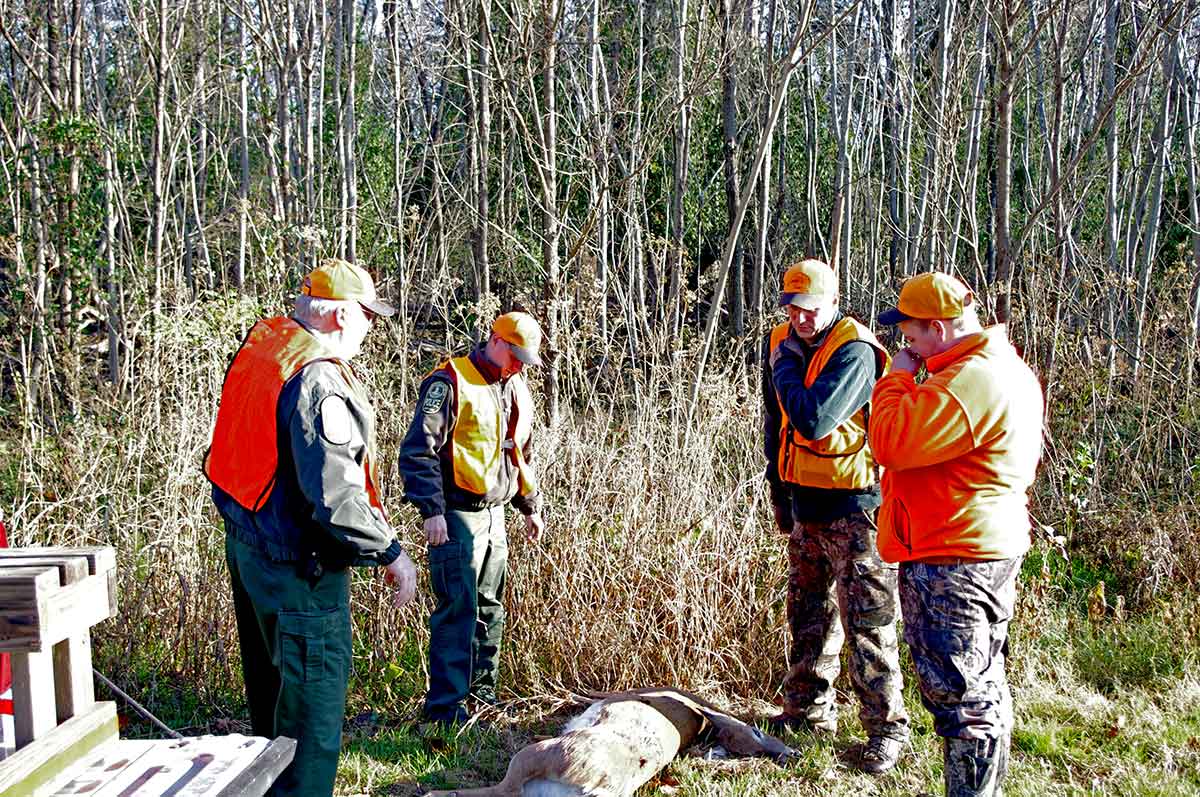 Arming hundreds of thousands of hunters at a single time doesn’t lead to increased violent crime. In fact, the opposite is true.
PHOTO: Virginia State parks staff

Deer hunters are killers, but not of each other or their neighbors.

That’s what the research says, anyway.

Ball State University economics professor Paul Niekamp looked at the relationship between violent crime and deer hunting seasons in 21 states over 20 years. He recently released the results of that work.

He titled his study “Good Bang for the Buck: Effects of Rural Gun Use on Crime.”

Deer seasons, Niekamp said, are unique – “unparalleled by any other policy in existence” – in arming people across rural America. Each year, more than 10 million Americans, about 18 percent of all American gun owners, use firearms to hunt deer during restricted dates.

“There are no other policies that induce 600,000 Wisconsin males or 530,000 Michigan males to systematically and temporarily carry and use firearms,” he concluded.

Yet, examining crime statistics from peak hunting days did not show any spikes in violence. In fact, the opposite is true.

Niekamp determined there are roughly 12 percent fewer violent crimes on the first two days of firearm season than otherwise in rural areas.

At the same time, the study also found that alcohol-related arrests of juvenile males fall by 22 percent and narcotic offenses fall by 15 percent at the start of hunting season. That. He said, suggests firearm hunting may have “positive effects on behavior.”

That’s true even when it comes to young men.

Niekamp said it’s “widely asserted that young males are a high-risk group that should not be given access to guns.”

It’s why age restrictions for purchasing firearms exist, he noted.

Yet, his work found that young hunters are no more likely to commit crimes than older ones.

“When long gun prevalence amongst young males skyrockets upon opening season, violent crime incidents remain stable for rural males 21 and under,” he noted.

There may be larger societal reasons for that, he added. Young rural males typically learn about guns differently than do young urban ones, Niekamp said.

“Historically, hunting has primarily been a tradition passed down from father to son. To the degree that young hunters adopt behavior similar to low-risk role models like and hunter education instructors, the peer effects that young hunters pick up regarding guns will differ from that of youths in a city,” Niekamp said.

Young urban males, he added, are more likely to grow up in fatherless homes, which increases risk for participating in gangs or criminal activity.

Overall, Niekamp advanced three possible reasons for why crime goes down when hunting participation goes up.

First, hunting is a time-consuming activity that is inherently incapacitating, which may decrease crime.

“Various sources of deer hunter data suggest that hunters spend upwards of six hours per day in the field, with additional time spent processing harvested deer. Males may be too preoccupied to use their guns nefarious purposes,” he said.

Second, hunters may face more regulation than other gun owners.

Previous surveys revealed that only 61 percent of firearms owners got any instruction in how to use their gun, Niekamp said. By comparison, all hunters undergo hunter education training.

Hunters have to buy licenses, too, something that requires entering their name into a state database. People who came by guns illegally aren’t likely to submit to that, he added.

All that may “improve firearm etiquette and discourage high-risk individuals from hunting,” Niekamp said.

And third, rural Americans own different guns for different reasons than the population average. Rural Americans, Niekamp said, are twice as likely as urban Americans to own a firearm. But they are also more likely to own long guns used for hunting, protection from animals, and sporting use.

And there may be more.

“Another reason that hunters may be a low-risk sample is that patient individuals may select into deer hunting,” Niekamp said. “Deer hunting is often characterized as an activity in which an individual sits in a tree stand for hours on end, waiting for a deer to walk by. It is possible that only patient individuals are willing to participate in this gun-related recreational activity.”

There’s also some truth, it seems to those bumper stickers reading like “hunt with your kids, not for them.”

Niekamp said that in rural areas, additional recreational opportunities like hunting may assist in keeping juveniles out of trouble.

See also: This deer season, hunters urged to seek out their replacement