Crappie fishing tips for throughout the year 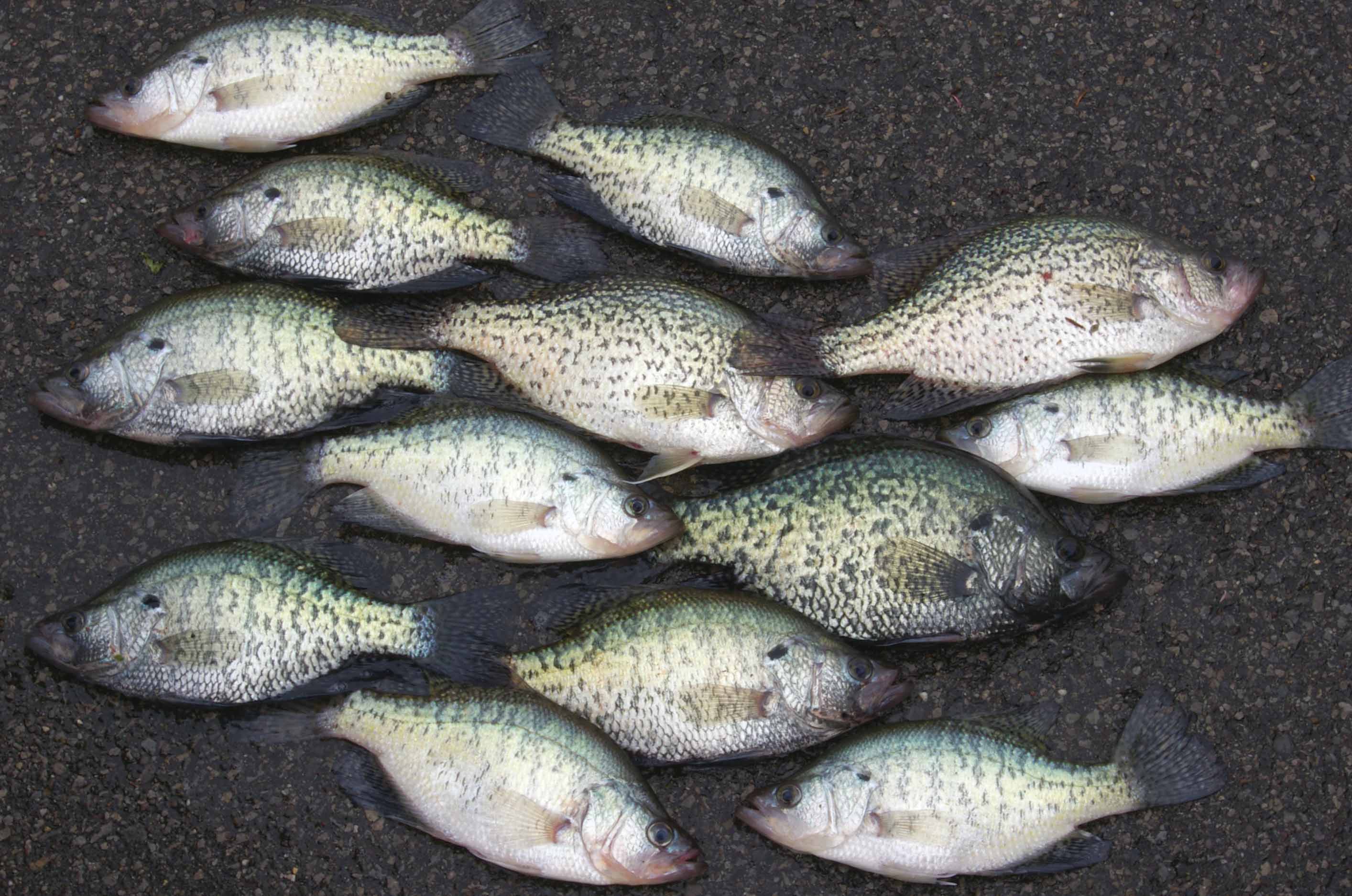 Sasquatches. The Loch Ness Monster. Chupacabras. And crappies outside of the spawn.

What do they all have in common?

They’re often sought, much talked about, but rarely seen.

But that’s not how things have to be, at least when it comes to crappies. It’s possible to catch them – consistently, no less – in open water from late winter through fall, said Troy “Fish Slim” Becker, an Ohio-based crappie tournament angler.

Recently, he outlined some of his strategies for doing just that.

Becker believes there are two good ways to get crappies after ice out but before the spawn heats up.

One, overlooked by many, is to wade in after them. He dons hip boots and wades into lakes, focusing on spots with thick clumps of brush in shallow water.

Crappies will congregate there, if only for a week or two. They test the waters, so to speak, before moving into those areas longer term.

“Many of your lakes have this, once the weather starts warming up. Anywhere the sun is heating that water up, especially if it’s got color,” Becker said.

Becker’s other pre-spawn tactic is to run his boat literally right up into flooded timber, dropping baits through any visible gaps. He calls it “dabbing.”

“If this isn’t something you’re doing, you’re missing out,” he said.

Effective baits are a 1/16-ounce jig tipped with a soft plastic or a minnow and live minnows beneath a float.

He simply reaches out with his 8- to 12-foot rod, drops the bait into a hole in the trees, and vertically jigs it.

But be thorough, as crappies won’t necessarily move far to eat.

“One side of that tree might have nothing on it. The other side will be loaded,” Becker said.

As a general rule, spawning season is when crappies move into the shallows, become accessible to people from boats and shore, and feed aggressively.

“This is the time of year when everyone can have fun,” Becker said.

But things aren’t always predictable in the early going. Cold fronts change water temperatures, and that can make crappies move from deep to shallow to deep and back, Becker said.

Under those conditions, he likes to throw jigs, be it a round head ball jigs or something like a Road Runner. He tips them with a soft plastic of some kind.

“With that, you’re able to not only fish shallow, but also cast out to some of the deeper water,” he said.

He works his jigs along the bottom, especially in places with long “flats.” That’s a bit outside conventional thinking. Many anglers believe crappies only feed by looking up.

“Well, I don’t know because I sink my jig right to the bottom and I’m reeling it in so it’s touching the bottom and they’re eating it right up,” Becker said.

His theory is that while a lot of crappies suspend 8 to 15 feet off the bottom, there’s usually another layer of fish below them.

Heart of the spawn

There are a lot of ways to catch crappies when the spawn is in full swing, Becker said.

Setting up over a school and jigging little blade baits is one good one. Fish are aggressive, he said. So he foregoes minnows and just drops the blades on top of them, “snapping it right in their face.”

Trolling, Becker said, is another effective technique in this part of spring. It often triggers reaction bites.
Sometimes he trolls crankbaits. One-inch-long squarebills are effective, as are deeper diving cranks. Those 2 inches long and longer aren’t too big.

“People get scared of size with crappies. They can eat anything,” Becker said. “They really don’t care about the size of the bait.

But “there’s no science to it” beyond that, he said.

The same is true with casting. When he was teaching his daughters to fish, Becker said he would rig up their rods with one or two jigs – Road Runner or UnderSpins, primarily – plain or with bait, below a float.

Then he’d turn them loose.

“All they had to do in the spring was cast that out around the brush and wood and those flats and slow roll it back. You don’t have to do a lot. The crappies will just pull the bobber down,” Becker said.

Likewise, minnows fished below a slip bobber aren’t fancy. But they do catch springtime crappies, he added.

The slip bobber is the key to that rig, he said. It allows for quick depth adjustments to get the bait where the fish are.

The thing that makes crappies hard to catch in summer is their tendency to roam far and wide.

Spider rigging, Becker said, is a great way to handle that.

Generally speaking, spider rigging involves having six to eight rods, and sometimes more, in the water at a time.
They’re bowed, under tension at all times, and arrayed off the front of the boat.

Most anglers start with each rod set at a different depth and tipped with a different bait or lure. Then, when fish start biting, they can adjust each to the hot presentation.

Becker said it’s the technique responsible for more tournament wins than any other because it allows for volume fishing.

“You can literally catch three, four, five, six fish at a time doing that when you find the right depth of a school,” he said. “And it’s an effective way to fish, from three or four feet of water all the way up to 35 or 40 feet of water.”

Long rods, those anywhere from 14 to 20 feet, are best, Becker said. His reels are spooled with braid, then tipped with a 10- to 12-pound leader with a 2- to 3-foot offshoot for holding his jigs.

“Most of the time you’re not moving very fast at all,” he said.

As for where to fish, he spider rigs areas with wood and stumps. He also follows old creek channels and bottom contours, even small ones.

“If you want to catch the biggest crappies in a lake, follow those little indentations. It might only be a half a foot difference from what’s around it. But it’s a good place to catch fish,” Becker said..

The onset of autumn means it’s time for fish, including crappies, to feed up for winter.

So Becker looks for them in the same places he targeted them in spring.

“They’re going to start setting up on the deeper edges and slide into the shallows during the day to get some food,” Becker said.

Jigging takes fish then, as does fishing minnows under a bobber, trolling and spider rigging.

There are some other things Becker does throughout the year to catch more crappies.

For starters, if the action is slow, especially early in the year, he sometimes downsizes his baits and lures. Crappies eat not just minnows, but also larvae, insects and more.

“So sometimes little baits, like creature baits, can be the ticket to catching crappies,” he said.

At other times, Becker switches the color, shape or action of his bait to make dormant crappies aggressive.

Adding scent can likewise turn fish. It allows them to find a bait they can’t readily see, he added.

The key it to be flexible and open minded.

“You sometimes have to change things up. Try different things to excite them,” Becker said.

Whenever and however you fish, though, he recommends giving crappies a try. Whether you attack them with the mindset of a tournament angler intent on winning money or in a more laid back fashion, it’s fun either way.

“Crappie fishing, it can be work or it can be just enjoyment. I’ve done it both ways and I just love it,” Becker said.

Check this out, too: Color can seal a victory when it comes to catching crappies