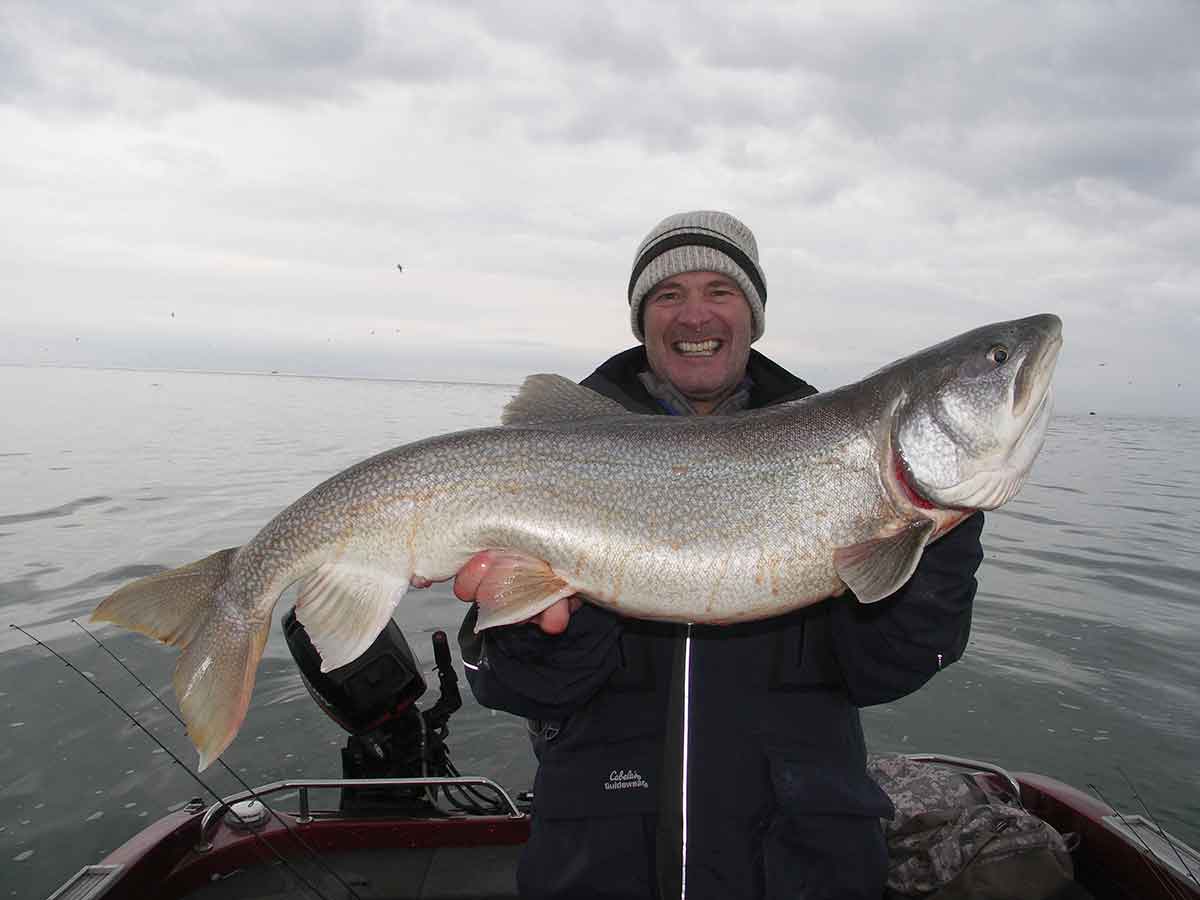 The feeling is probably comparable to that of a prospector who discovers a gold nugget at the bottom of his pan.

You’re at a flea market, perhaps, or an estate sale. Wandering among old furniture, tools and the odds and ends of a life not your own, you stumble upon some really nice fishing tackle, all priced to move.

You gobble it up and smile all the way to the truck, thrilled with your big score.

Sweet indeed. But here’s the question.

In truth, the answer is probably not. Finds like that, based on chance more than anything else, are by their nature tough to repeat.

So it is with fishing.

Anyone can tie into the occasional random school of fish. But putting a bend in your rod time after time after time takes more than luck. It requires consistently fishing where the fish are.

Well, at least it didn’t used to be. In decades past, learning a fishery meant spending hours upon hours on the water, probing and prodding.

Things are a bit different today thanks to modern electronics.

“Your depth finder is really the key to finding fish,” said Keith Eshbaugh of Cochranton, Pa., owner of Dutch Fork Fishing Charters and a former professional walleye tour competitor. “You’ve got to go out and look with your depth finder and find the fish and only then determine what technique you’re going to use to catch them.” 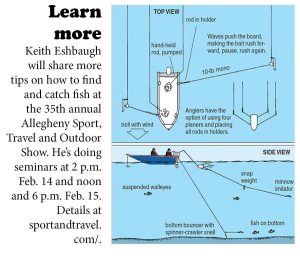 Such electronics are sometimes a mystery in themselves, though. More advanced than ever, they are also – at least for some anglers – more confusing than ever.

But Eshbaugh said anglers only need to be able to record four things on their depth finder.

One is speed, so that you can troll at the same pace time to time. Two is water temperature, which tells you where – shallow or deep – the fish are likely to be. Three is water depth, so as to break down fishing a lake into segments (say, 0 to 10 feet, 10 to 20, and 20 to 30). Four is sensitivity, which is how much detail the depth finder picks up.

“If your sensitivity isn’t high enough you’re not going to mark the fish efficiently. You’ll mark the bottom but not the fish,” he said.

“And if it’s too high you’ll have too much clutter on the screen.”

In other words, the depth finder is providing a picture of what’s under – and in the case of side sonar, to the sides – of the boat. You want the best picture possible, Eshbaugh said.

In cases, where the bottom of the lake is relatively smooth, it is possible to actually see fish, said Casey Smith of Fairport, N.Y., who competes on the FLW bass tour. That’s less true if it’s weedy.

When he fishes weeds – and he does often, in his home water of Cayuga Lake especially – he’s not necessarily looking for fish first.

“All you want to do is see what’s different.”

His electronics show him where all those spots are, he added.

“Irregularities” like that are huge in holding not just bass, but fish of all kinds in all kinds of waters, Eshbaugh agreed.

Fish are never distributed equally in any lake or river, he said. They move around, between areas of food and cover, following predictable patterns influenced by lakebed features.

Those irregularities need not sizeable either.

“When fish travel around Lake Erie, they actually follow bottom contours. Even though the water might be 60, 70 feet deep, if there’s a ledge with a 2-foot drop, they know where it is and they follow it. It’s their highway,” Eshbaugh said.

In an inland lake, a 6-inch difference in the bottom might work the same way, he added.

“That’s why, a lot of new places I go, I’ll spend half an hour looking around first, before I start fishing,” he said.

Electronics allow you to target hot spots time after time, too, said Dean Cushman of teachinfishin.com. When he finds fish, he marks that location with a GPS waypoint on his depth finder.

Then, later, he can return right to it.

“We can whittle down right where the fish are,” he said.

Now, knowing that doesn’t necessarily translate into automatic catches. There are still variables to consider.

But electronics can at least have you in the right spot, Eshbaugh said.

“The depth finder does not lie,” he said. “When you look at it and there are marks all over it, you’ve got to figure out how to catch them. But there are fish there.”

Check this out, too: Musky fishing tips from a hall of famer