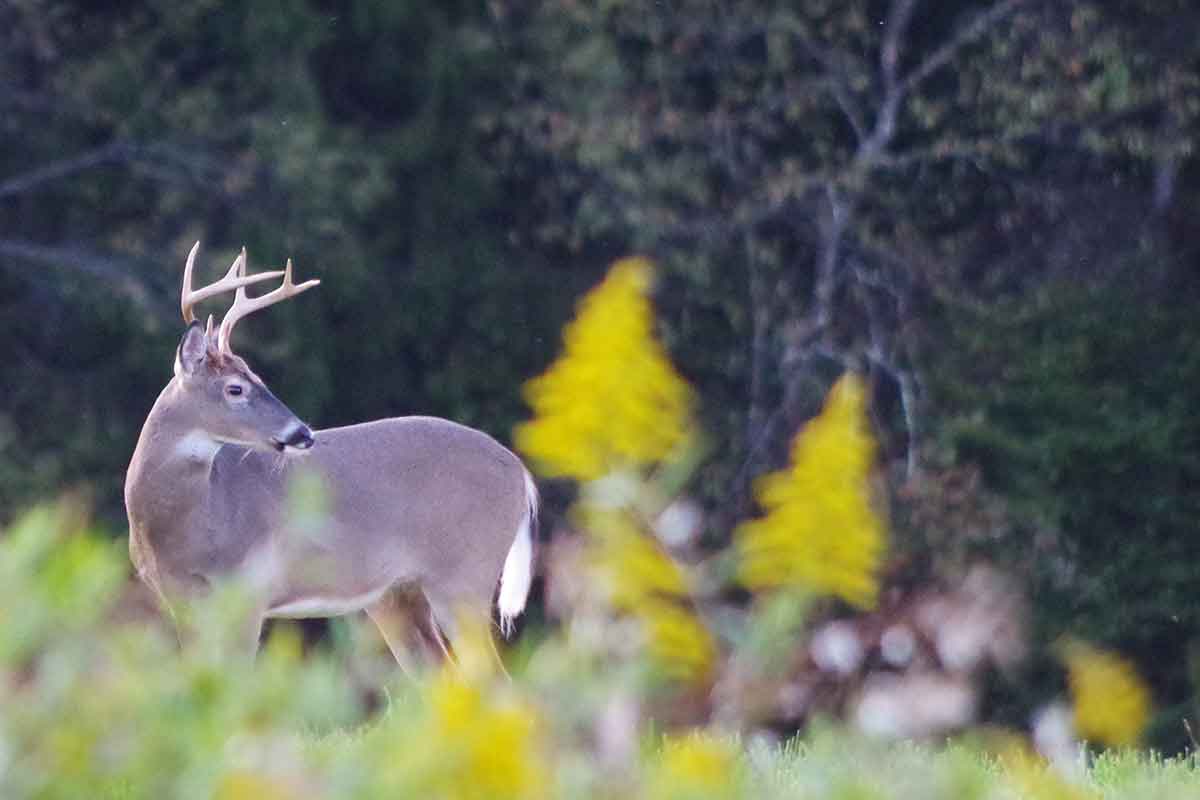 Hunters seeking bucks like this 8-point can can up their odds of succeeding in early archery season by keeping some particular things in mind.
Bob Frye/Everybody Adventures

You might compare it to Christmas morning in a tropical jungle.

Think thrilling, exciting, heart-pounding at times. Full of the kind of smiles that only show up when weeks and weeks of anticipation are finally realized.

It’s already open, or are about to be, in many parts of the country. White-tailed deer hunters are or will be climbing into stands, settling into ground blinds or leaning against trees in hopes of putting some venison in the freezer.
Many will succeed. But not all.

Hunters who want to be among the former group and fill a tag would be wise to pay attention to some specific things in the early going, though.

All those deer roaming the woods? They’re hardly naïve. But they are feeling as unpressured and secure right now as they’re going to be for the next few months.

So early season is a prime time for catching them relatively unawares.

Doing that requires being as scent free as possible. You’ll never fool a deer’s nose completely, but take extra care at this time of year to minimize chances they’ll smell you. Bathe in unscented soap, spray your clothes with the same – or some type of cover scent – and if possible carry those clothes in a scent-free bag to your hunting location, changing into them only when ready to enter the woods.

One other idea? Rub some charcoal on your skin. It’s a natural odor absorber.

Every hunter has heard about playing the wind, and making sure it’s not blowing directly toward deer or the direction they expect deer to come from.

But you can use wind to your advantage, too.

Some Penn State University research suggests that deer, and most especially bucks, move more when it’s windy outside. Best of all, the greatest bump in activity comes during the daylight hours when hunters can be in the woods.

A gentle wind gets them moving a bit, so long as it’s not raining. But a significant wind really jumpstarts movement.

The take home message is that it’s maybe worth spending time in the woods when conditions seem, from a human comfort level, less than ideal.

The trade-off to being able to hunt warm weather is the bugs. Mosquitoes, gnats and other crawling and flying annoyances are still out and about in abundance.

Spray your clothes with Permethrin in advance of going into the woods. Then, add a bug spray over top of that and on your skin, or try something like a Thermacell to minimize buggy distractions.

If you’ve been watching deer over the last few weeks, in person or on camera, you’ve noticed that they’re shedding their summer coats for their warmer winter versions.

It will serve them well, in time.

But right now all that darker, grayer hair can leave deer sweltering in the same heat that’s making you sweat.

So, hunt early and late in the day. That’s good advice any time of year, but especially now. Just like you wouldn’t cut your grass when temperatures are at their peak, deer don’t want to work too hard when it’s hottest. Hunt when it’s comfortable for them.

In big woods, early mornings might be best. In agriculture areas, try afternoons.

And, if the area you’re in has been dry, look for water near feeding areas, regardless of when you’re out.

Lots and lots of hunters these days run trail cameras before deer season to see what bucks they might get a shot at.

But you need to keep them running throughout the season, too.

There are two reasons for that.

First, some of those deer you saw early – perhaps 50 percent of the bucks – will leave the area before hunting seasons get started, or shortly after. Research shows that young bucks in particular disperse, meaning they hit an age when they leave to take up permanent residence in a new home range.

And second, even bucks that stay home – and that’s likely the older ones – can adopt new habits as the season progresses. An older buck may move at different times of day, over new routes, as it switches from one food source to another, starts to anticipate the rut or reacts to hunter pressure.

Keeping your cameras going will offer clues as to how things are going.

Archers have waited eight, nine, maybe 10 months to get back into the woods with their bows.

We all want to hit it hard now.

Burt there’s danger in that.

Researchers in South Carolina a few years back put GPS collars on bucks between 1.5 and 4.5 years old on private property with limited access. They tracked their movements over several months.

That work revealed that deer are more sensitive than even thought.

Putting a hunter on a stand for even one day caused deer to avoid that area for the next three. It didn’t matter whether the hunter fired a shot or not.

His or her mere presence was enough to make deer avoid the area for half a week.

So don’t hunt your favorite stand too hard too often or you risk burning it out. Instead, have multiple options and rotate among them.