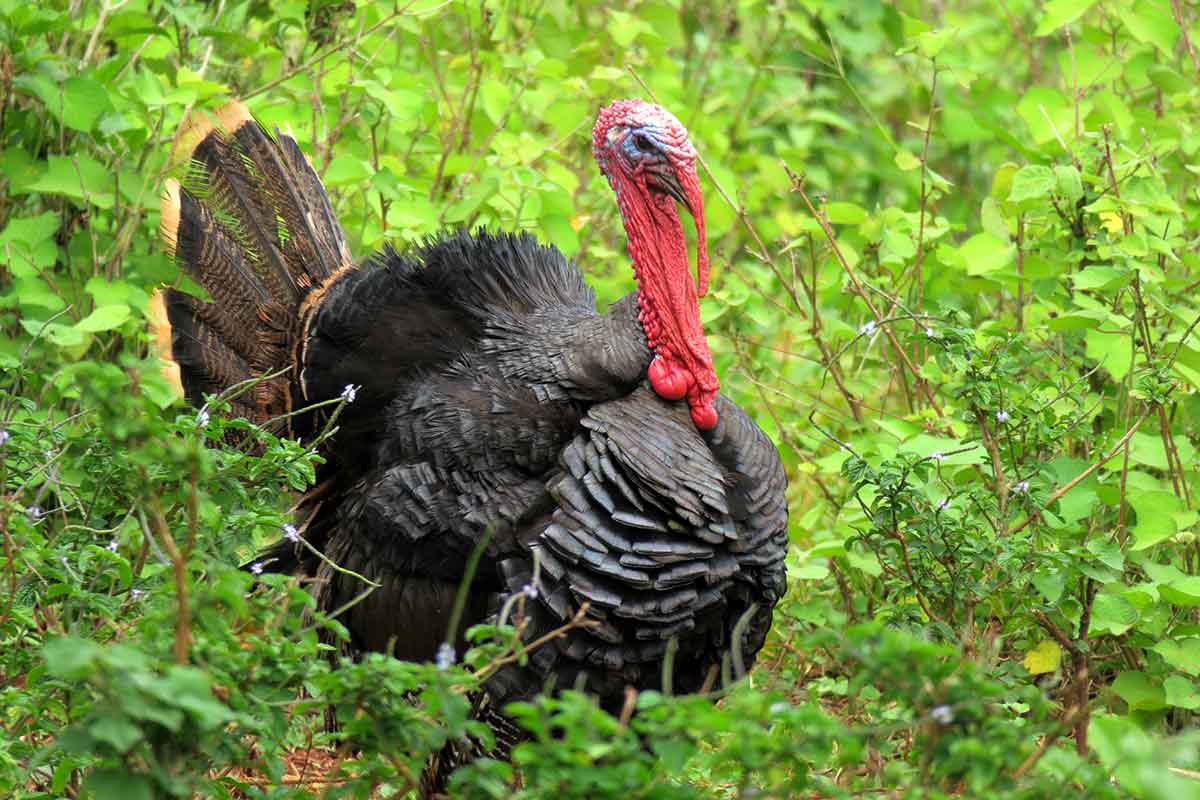 Spring gobbler seasons are here or about to be. Are you ready?
Photo: Pixabay

Turkeys took Eddie Salter all over the map in the past five decades, literally. He’s hunted the birds in 33 states.

But then, his life has revolved around the birds forever it seems.

The Greenville, Ala., native — known as “The Turkey Man” — started hunting turkeys at age 8 and killed his first at 10. Things only took off from there. His high school principal gave him permission to be late for class if he was working a gobbler, so long as they talked about it when he got there.

Later, he started his own turkey call company, then went to work for several of the biggest call makers in the industry, and now is back running his own again. In between he did television shows – and has a web-based version in the works – and won multiple calling championships, including two world titles.

Today, Salter talks about turkeys the same way. Get him started and the fun loving, teasing, down-home Southerner covers a lot of ground, ranging from how to pattern birds to how to call them.

Recently – and with spring gobbler seasons set to open in a few weeks, if not days, all across the country – he shared a few insights on how to successfully hunt the birds.

Preseason scouting is an important first step, he noted.

He doesn’t call to gobblers, other than locating them with a crow or owl call. Instead, he focuses on figuring out where they go each morning when they leave the roost.

“If he goes north, let’s say, two or three mornings in a row, go in there and check it out,” Salter said. “See if there are any little streams or creeks in there, or some little open areas. If there are any open areas, he’s probably meeting up with hens. That’s his strutting zone.”

If nothing else, finding out which way a gobbler normally goes tells him where not to set up, he said.

With that north traveling gobbler, for example, he wouldn’t position himself to call from the south. Not if he hoped to kill that bird, anyway.

“Because you’re trying to get him doing something he ain’t been doing,” Salter said.

Once the season starts, he sometimes sets out decoys, most often two hens and a jake. Then, he does two simple yet critical things at his calling spot.

First, he makes sure to have a seat or cushion of some kind to sit on, so that he’s comfortable. That helps him sit still, he said.

Second, being a right hander, he sets up so that his left shoulder is facing the direction he expects the gobbler to come from. That way, he doesn’t have to move much to get his shotgun in position.

Then, it’s time to call.

A lot of hunters – and he’s been guilty of this himself, he admits – call too much. That’s especially true when a gobbler is coming in.

If a bird flies down and is coming to his spot, Salter gets quiet.

“Well, the best thing I can tell you is, take that call and throw it about 10 yards over there where you can’t call anymore. And you’ll kill a lot of turkeys that way, I promise you.”

When he is calling, Salter tries to be subtle. Most hunters call too loudly.

“A hen don’t weigh but 11 pounds. So when you start screaming on a call, that old gobbler might start backing up a little. He thinks that hen weighs 40 or 50 pounds. He thinks, she may be more than I can handle,” Salter said.

“Learn to tone it down.”

In being gentle like that, he mimics two hen sounds more than any others, the cluck and the basic hen yelp. Salter prefers friction calls, believing they sound more realistic.

Some worry that it takes moving your hands to make them work. To get around that with box calls, Salter sometimes half buries his in the leaves and dirt at his side. The ground holds it in place and he can work the call with one hand, ever so subtly, without revealing a lot of movement.

He doesn’t oppose using mouth calls, though. In fact, sometimes he uses one in combination with a friction call, especially with reluctant gobblers.

“When I’ve got a turkey hung up out there, I try to sound like more than one hen. I try to get like two hens are fussing at one another,” Salter said. “What have you got to lose?”

To add a little more realism, he occasionally makes scratching noises in the leaves.

But his scratching isn’t random. A hen might scratch in the leaves three times, stop to look for bugs, then scratch three more, Salter said. So he does the same, maybe adding a few clucks or purrs while he’s at it.

If a gobbler still won’t come in – answering his calls for 30 minutes or so but refusing to cross a woods road or creek or something — Salter gets aggressive. He goes on the move.

But he doesn’t stalk the bird.

Instead, he circles around it, calling to it with a crow call all the while to keep tabs on it. His goal is to get behind it, to where the bird first came from.

“The reason for that, it’s like deer hunting. You shoot a deer, nine times out of 10 they’ll go right back the same way they came from,” Salter said. “That turkey, I think, feels more comfortable because he’s already traveled that route and nothing bothered him.

“So a lot of times, you can take that crow call, get around him, set up, and you call one time and here he comes. You better knock that safety off.”

If all else fails, and it’s getting late in the afternoon in areas when it’s legal to hunt then, Salter tries to break up turkey flocks headed back to their roost. Scattering turkeys that way is a common fall hunting technique. In spring, he said, it can lead to opportunities to kill a gobbler just before dark or the first thing the next morning, as birds try to regroup.

“Now you’ve got him out of his routine,” Salter said.

When it comes to spring gobbler hunting, after all, it’s all about birds wanting to get together. He takes advantage of that.

“Because that old turkey, he’s in love,” Salter said. “He’s been waiting 10 months for this wonderful thing to happen. And anything that makes a sound, an old cow, a crow, anything, he gobbles because he’s ready.”