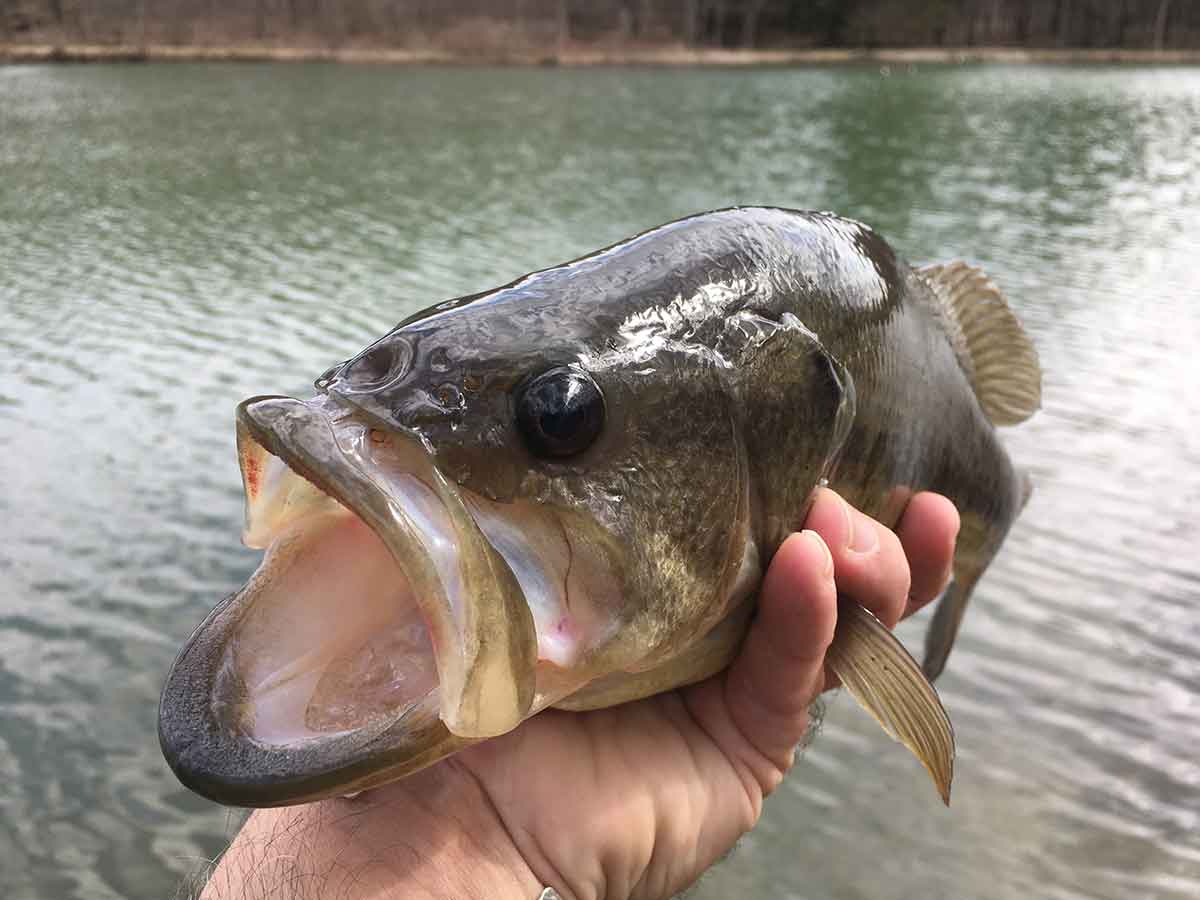 That 11-inch largemouth bass, the one you dismissively threw back into the water, labeling it a dink?

Give it a little love.

It’s been through more than you think.

Bass – and all fish really, from bluegills to muskies – are slow growing. It takes them longer than some anglers probably imagine to get even to “respectable” sizes.

It’s nothing for a hatchery trout to reach 10 inches or more in 12 months or less, regularly fed high protein diets in raceways where water temperatures are optimized for growth and every effort is made to reduce stress. But regular old nature doesn’t work that way.

“On average, it takes three years to produce a 14-inch largemouth bass in South Carolina,” it determined.

That varied even by waterway, though. On the famous Santee-Cooper Lakes, 3-year-old largemouths averaged 15.4 inches. At Lake Hartwell, they hit just 13.7 inches by that same age.

The bass in both of those lakes, and those a dozen others studied, all grow remarkably quickly compared to fish in the Northeast, though.

In Pennsylvania, for example, it takes the average largemouth bass 3.8 years to reach 12 inches, the minimum to make that fish legal for harvest in most places. It takes five years – a full two more than in South Carolina – for Pennsylvania largemouths to hit 14.

Smallmouth bass need even more time, requiring 4.2 and 5.6 years to hit those benchmarks.

And really trophy-sized bass? It can take them nearly a decade or more to reach giant sizes, even where conditions are best.

In an article for WesternBass.com, Sacramento-based fisheries biologist Steve Pagliughi wrote that “it takes on average seven to 11 years for largemouth to grow to 10-pounds in regions and lakes that consistently produce double-digit largemouths.”

Those are all just averages, of course.

“It should be known that weight and age based on length is variable to some extent between individuals and populations,” the Fish and Boat Commission says. “Fish length at age depends on a variety of factors including habitat, gender, genetics, forage abundance, and other conditions.”

But the numbers show just how long a fish has to live – and how much it has to endure and survive – to even qualify as a “keeper” in most eyes.

Take bluegills, for instance. They grow quickly early on.

“Bluegills grow most in the first five years of life, though growth rates can vary depending on many factors, such as lake size and average water temperature,” says the Wisconsin Department of Natural Resources.

To stretch beyond that, when growth rates slow dramatically, takes a long time. In Pennsylvania, a 9-inch bluegill is likely 7.9 years old. To add another half inch requires another 2.1 years.

So, then, how old and how rare must the world record bluegill have been? Caught in Alabama in 1950, it was 15 inches long and weighed 4 pounds, 2 ounces.

Truly it was an unusually ancient fish.

Wild trout anglers get it. Land a 5-inch brook trout – one too small to legally harvest in most states – and they treat it reverentially. They accept it as special in its own right.

Musky anglers are the same. They understand a 50-incher in most places is more than 20 years old, which is why so many are released alive these days.

Not all warmwater species get the same love, though, not when they’re little and seemingly anyway.

So think twice. The next time you’re holding that 9-inch crappie – which is probably more than 4 years old – know that it’s already been through a lot. Treat it well, whether that means harvesting it or tossing it back for one more season.

It’s an aged, if not ancient, survivor.