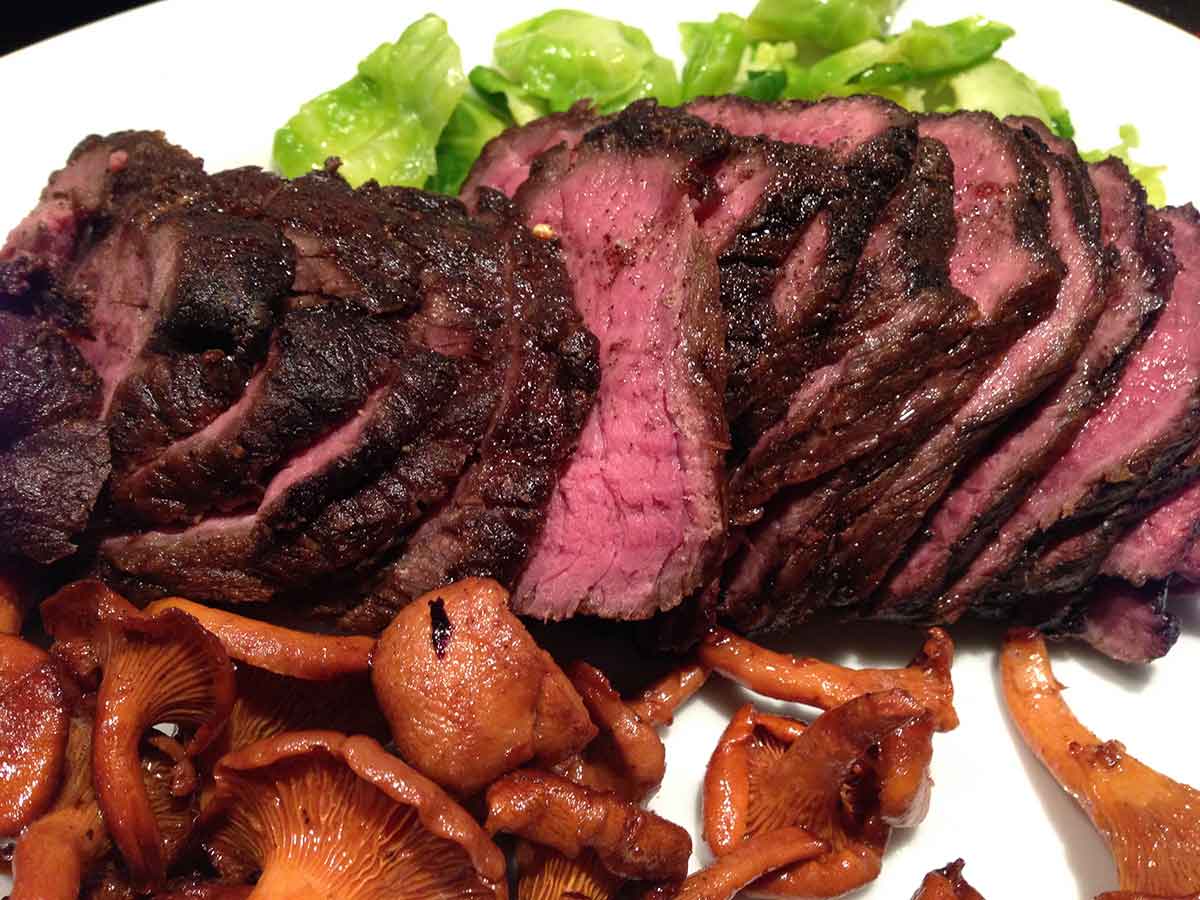 Wild game, like this venison with cabbage, is leaner and richer in some vitamins and minerals than domestic fare.
Photo: Pixabay

The alarm goes off in the pre-dawn dark and, rolling over, you touch the shoulder of your significant other.

An affectionate yet sly smile crosses your lips.

“Hunting,” you answer. “I know I promised to stay home and rake leaves, clean the gutters, fold that pile of laundry in the corner.

“But I love you too much, love the kids too much, for that. I’m going to spend the day in a tree stand instead, or walk behind the bird dog, or look for a turkey under a stand of blazing fall, acorn-heavy oaks.

“Not for me, but for you. I want to put good, healthy, eco-friendly meals on the table.”

Ever tried justifying a day in the woods like that? Successfully?

But maybe we should get a little more credit. Wild game is, after all, incredibly healthful food.

If you doubt that, consider these six health benefits of eating wild protein.

Fat is not all bad.

According to the American Heart Association, fat is a nutrient needed for healthy living. In the proper amounts and varieties, fats help keep us warm, provide energy, support cell growth and more.

But, as is the case with so many things, too much is a bad thing. And domestic meats tend to be fatty.

Wild animals are leaner because of their lifestyle. They simply get more exercise and eat better.

Penn State University says a 3.5-ouonce cut of beef, for example, has 2.7 grams of fat. An identical cut of venison from a white-tailed deer has 1.4.

For that same reason, a cut of beef contains more calories than a similar-sized piece of venison.

Harvard Medical School says a proper diet will include both omega-6 and omega-3 fatty acids. In the right proportions, they promote heart health, among other things.

The problem is that modern diets typically contain too much of the former and too little of the latter.

According to research done by Purdue University, steers fed grains have a 5-to-1, or even sometimes 13-to-1, ratio of omega-6 to omega-3 acids.

By comparison, the ratio of s-called “caveman fat” is a far healthier 2-to-1 in deer and elk.

Eating that kind of meat, the research says, lessens obesity, lowers cholesterol and decreases the chances of things like strokes.

Iron is an essential mineral to a healthy diet, as it helps transfer oxygen from the lungs to tissues.

Yet iron deficiency is the most common nutritional deficiency in the world. Some estimates are that it impacts 25 percent of the people on the planet.

Wild game offers good amounts of both. More, in fact, than many domestic meats.

That’s meant to limit disease and promote growth. The idea is to grow as many fat, relatively healthy animals as possible.

But even with all that, commercially-produced food can be tainted. A 12-year study done by the Center for Science in the Public Interest says common ground beef and chicken are among the riskiest foods to have in your kitchen.

And that’s to say nothing of concerns that all those veterinary drugs might pose human health concerns.

Free-ranging, wild game – from deer to squirrels — contains none of those drugs. It’s as natural as natural gets.

It takes a lot of livestock to feed the growing number of people on this planet. And increasingly, factory farms are producing it.

The United Nations Food and Agriculture Organization says large-scale livestock production – think industrial facilities – is now the norm. There are implications to that.

Scientists say industrial farming – at least potentially – impacts everything from global warming and biodiversity to land and water resources and human health.

It’s no wonder the Environmental Protection Agency regulates such facilities much like they would, say, a mill.

In contrast, hunting for wild game – or trapping or fishing for it – is eco-friendly. It involves no pollution.

And you’ve got to track it down, which is good exercise in itself.

Plus, hunting is the tool wildlife managers use to sustain game populations.

Many people who eat wild game for the first time refer to its “gaminess.”

What they’re tasting is, well, flavor.

Add it all up and game meat — higher in protein and richer in vitamins – just generally tastes more intense.

That’s not a bad thing. Far from it.

That people might think so is just reflective of a world where blander foods are the norm.

Sure, preparing wild game requires different techniques sometimes. Some cuts of wild game – though not all — require longer, slower cooking methods to make them tender.

But far from tasting bad, wild game tastes as good as it is healthy.

So the next time you head afield, do it with a smile. You’re not just having fun, but in your labors you’re taking one for the team by providing healthy options for the table.

You can make the argument anyway.