Camping when campfires are prohibited 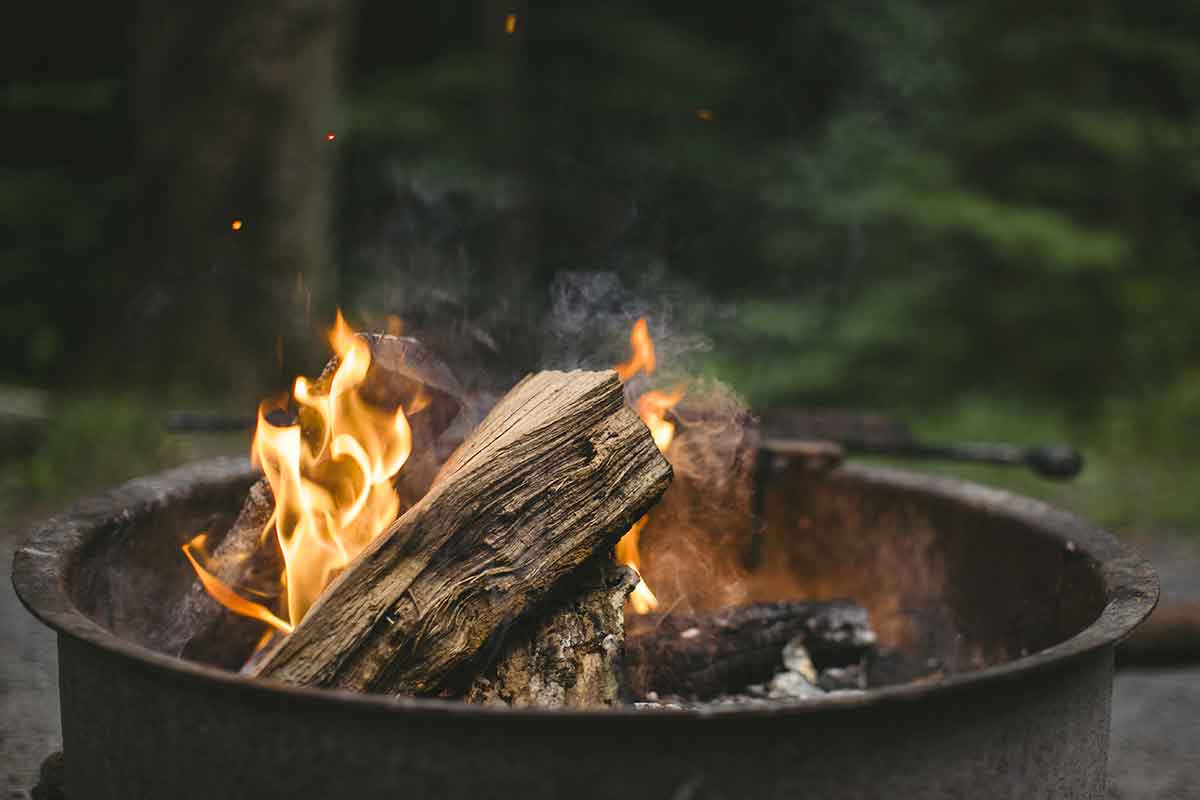 Campfires, when permitted, are a fun part of camping.
Photo: Pixabay

They’re as dramatic as they are rare.

Lightning strikes are magnificent in an otherworldly, catastrophic way. They’re all power and speed and destructiveness.

Some even cause wildfires.

But, in that regard at least, they’re far outdone by the mundane, the ordinary, the common. Or, the all too common. 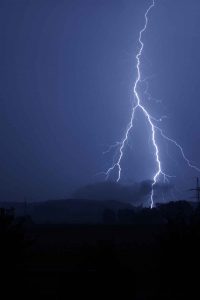 Lightning causes a few wildfires, which leads to restrictions on campfires.
Photo: Pixabay

Across the Northeast, lightning strikes account for just a tiny fraction of wildfires. It’s 5 percent in New York, 4 percent in Maryland and 2 percent in Pennsylvania, according to the forestry departments in those states.

The remaining 95-plus percent of fires are attributable to people. And this time of year, more than any other, is when they set them.

Indeed, 85 percent of the wildfires that occur in the state annually take place then.

It’s the same in Maryland, where spring – followed by fall – is peak fire season.

“During these seasons the leaves are off the deciduous trees, allowing sunlight and wind to reach the forest floor and dry the forest fuels. The relative humidity of the air is also drier and, combined with a breeze, creates the conditions for wildfires to spread rapidly,” says the state’s Department of Natural Resources.

Outdoorsmen and women aren’t the main culprits when it comes to fire.

People burning brush and other debris start most of them in New York, for example, according to New York’s Department of Environmental Conservation. They account for 33 percent, or one third, of all those in a year’s time.

Campers come in second, though, accounting for 16 percent.

And the threat they pose is large enough that some states ban campfires in spring. Yes, you can usually have one in a designated fire ring in a developed campground. But if your habit is to wander off the beaten path to go dispersed camping, fires are often off limits.

There are ways to camp, cook, stay warm, get around in the dark and otherwise enjoy the woods without a fire, though.

Camp stoves – two-burner types for campgrounds, smaller liquid or canister fuel backpack types for off trail – are reliable, effective and easy to use. Many come with bases with expandable legs so that you can make them stable.

If you plan simple meals that can be made in one pot, cooking shouldn’t be an issue.

Neither should warmth, not if you’re smart about things anyway.

Dress in layers so that you stay warm in the first place. Wear rain gear if it’s misty or worse, too.

Then, when it’s time to sleep, change into new clothes – they won’t have any moisture from sweating – before going to bed. And if need be, put a sealed bottle of warm or even hot water in your sleeping bag with you to provide extra warmth.

As for light, when it comes to lanterns, headlamps and flashlights, the options are many. Seeing in the dark minus a fire should never be a problem. Just make sure your batteries or new or take extra if weight isn’t an issue.

And of course, you can even make your own lantern. Take a one-gallon plastic milk jug or your regular water bottle and fill it with water. Wrap your headlamp around it, light shining toward the center.

The result is a source of diffused light great for reading or playing games. Kids especially get a kick out of making and using these.

Hang some light sticks around your tent, stakes, guy lines and the like, too. They make navigating in the dark easier.

Of course, without a fire, you can take advantage of the dark, too.

One of the great things about “getting away” is escaping the light pollution that dominates everyday life. There are no streetlights, gas price signs, box store parking lot lights and the like to blot out the stars.

So spend some time actually looking into the dark sky. You’ll gain a whole new appreciation for stargazing.

Sure, having to do without a campfire has drawbacks, too, many tied to the simple romance and camaraderie they spawn.

But fire restrictions don’t last forever. The time will gain come when you can have one.
Until then, and until you’re in that place, be careful.

Campfires versus the cost of fighting wildfires

Need another reason to be extra careful with fire in the woods?

The cost of battling wildfires – borne by taxpayers — is huge and has gotten larger over time.

Pennsylvania, for example, saw a record 386,267 acres burnt by wildfires in 1913, a time when massive logging operations and spark-throwing locomotives all too often came together on the landscape to create catastrophe.

Those are figures from the state’s Department of Conservation and Natural Resources.