Bikepacking surges in popularity as way to explore outdoors 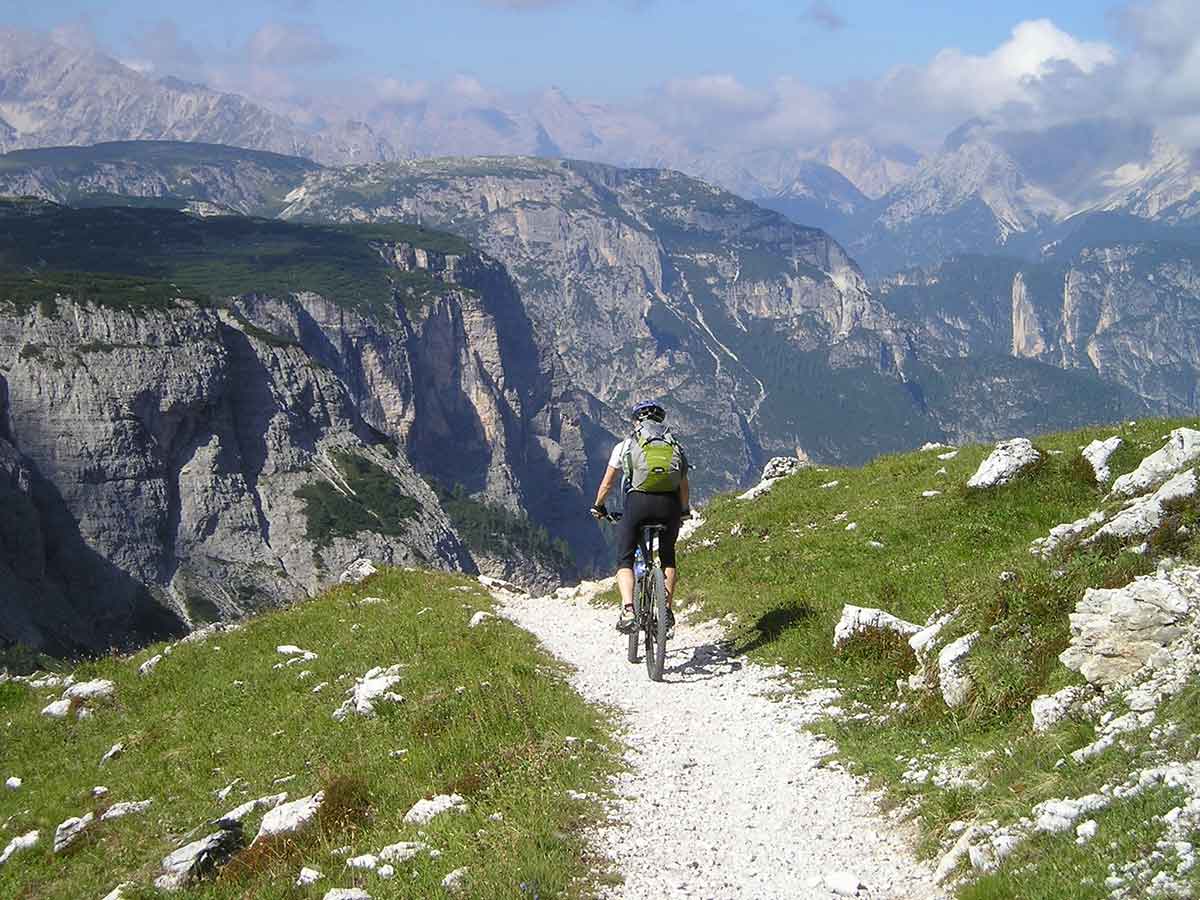 To call it an entirely new thing would be to insult every Bohemian gypsy who’s ever pedaled around the countryside.

But it’s definitely a modern tweak on an ancient idea. And it’s suddenly gone mainstream.

Bikepacking – basically backpacking by bicycle – is surging in popularity as more and more people realize the benefits of using bikes to explore the backcountry.

“It’s still relatively new,” said Dustin Randall, who operates Roam Industry, a Monticello, Utah-based retail shop and guide service. “Some people don’t really understand it when you try to explain it to them.

“But it’s really freeing. And now it’s just taking off like crazy.”

It’s not hard to see why.

Bicycle touring has been around forever, said Christopher Beech, owner of Thick Bikes in Pittsburgh. People have been strapping panniers – basket-like containers – on bicycles to travel for a long, long time.

That mostly means using the same roads open to vehicles, though.

“But bikepacking implies a little more of an off-road slant to it,” he said. “So it’s not as much just riding on roads but riding on trails or mountain bike kind of trails.”

That’s just what people seem to be into these days.

The Outdoor Foundation measures participation in outdoor recreation across various categories. It found that participation in biking – particularly on non-paved surfaces – grew by almost 13 percent in the decade between 2007 and 2017. About 3.9 percent of all Americans ages 6 and older biked off road that last year.

And unlike some outdoor sports – which trend heavily one way or the other in terms of race – off road bicycling appeals to just about everyone.

Rail trails have proliferated across the country in the last decade plus. And, Beech said, many of the cyclists who first got their wheels under them along those tracks are recognizing opportunities to expand their riding into overnight, outdoor experiences.

There’s a lot to like about it, Randall said.

Pedaling in the backcountry is fun in and of itself, he said. It’s also a way to cover greater distances. He said the average biker can easily do 15 to 25 miles a day.

Most importantly, perhaps, bikes are an efficient way to travel. And that opens up windows to do all kinds of other things. 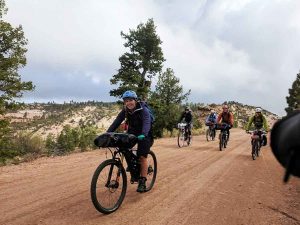 Bikepacking can appeal to people of all ages.
Photo: Roam Industry

“You don’t want to burn yourself out pedaling the whole time. Because it’s not just biking,” Randall said.

It’s not necessarily hard or expensive to get started either.

There are bikepacking-specific bikes, Beech said. There are likewise bikepacking packs – that attach to handlebars, seats and in the triangle-shaped space of the frame – some custom designed with particular bikes in mind.

Those can run $100 to $200 each, Beech said, and the most serious bikepackers will have three or more on their bike.

But there are generic bags available, too. And some people, to start, don’t spend even for those, instead lashing compression sacks and the like from their backpacking set to their bikes.

That gets people in the game without first requiring that they spend a lot, said Dan Sahli, a recreation specialist with Cleveland Metroparks who teaches bikepacking classes.

“With backpacking, we say get yourself a pair of shoes, day hikers, that you’re going to be comfortable in. But other than that you don’t have to go buy super fancy stuff,” Sahli said.

“It’s the same with bikepacking. The barriers to access don’t have to be very high.”

Beech recommends against biking with a full-size backpack on, though.

Your shoulders and beck will ache, he said. Your back will be sweaty.

And, well, it’s uncomfortable elsewhere, too.

As for other gear, bikepackers should carry some along tools capable of handling minor repairs, Sahli noted. That might mean a tire pump, multi-tool, zip ties, spare spoke and the like.

But otherwise, the gear needed for bikepacking is the same needed for backpacking: a sleeping bag, tent or hammock, food and water, stove and the like. And weight remains key.

“We talk about how crucial it is that you don’t really carry anything extra,” Sahli said. “If you’re not going to really need or use it, it’s probably not something you’re going to want to carry or even have room for.”

That weight should be distributed as evenly as possible, too, Randall said. A bike packed with gear – like a vehicle towing a trailer — is heavier, slower to stop and handles a bit differently, he noted.

But it doesn’t take long to get a feel for things, he said.

Then, it’s just a matter of hitting the trail and exploring. And bikepacking is a great way to do it, he said.

He often combines pedaling with other things. This summer, in fact, he’s teaching a friend to bike while the friend in turns teaches him fly fishing.

“It would take a long, long time to get bored with bikepacking because you can always add another element to it, whether it’s the fishing, skiing, rafting, whitewater or whatever,” he said.

“There’s no right or wrong way to do it. It all depends on your objectives.”

The answer is that there is no one answer.

Your level of physical fitness, the type of trail and amenities – or lack thereof – and goals are what you need to consider. 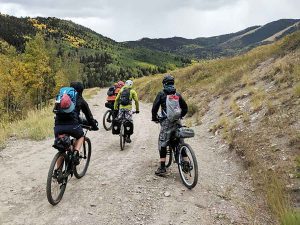 Bikepacking can be a social activity.
Photo: Roam Industry

“It’s a hike your own hike, paddle your own paddle kind of thing,” said Dan Sahli of Cleveland Metroparks.

There are some things you should consider, though.

Where will you sleep? If you’re headed for a campground, reservations might be a good idea. If you’re hitting the backcountry, consulting a map in advance, to at least get a general idea of likely looking spots, is wise.

What about water? It’s not hard to carry enough food for a multi-day trip. It’s virtually impossible to carry all the water you require, though. Know where you can get more, even if that means treating water you find along the way.

What’s your route? Consult maps before you leave home and plan out the track you intend to follow. Leave a copy of that with someone at home in case there’s an emergency and someone has to go looking for you.

How far and how fast? In picking your route, think about the terrain. Are you going to be on a fairly level track, or is there going to be steep climbs involved? Are you going to have to push your bike up or down some hills? Especially when starting out bikepacking, be conservative until you know what you can handle.

What about fun? There’s no point in biking to a great overlook or awesome trout stream if you can’t spend any time on either. Build time into your schedule for relaxing and enjoying the outdoors that drew you out in the first place.