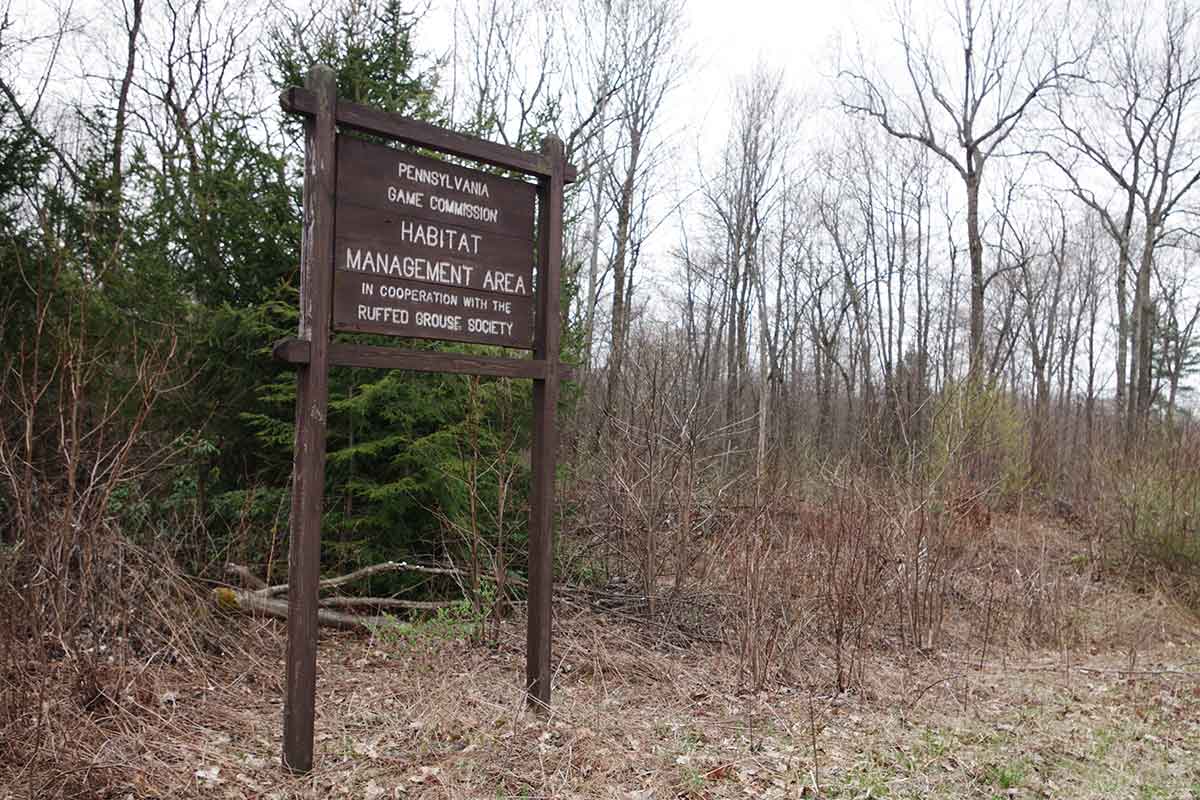 Lack of oversight is the biggest problem with how the Pennsylvania Game Commission handles its money.

His office audited the commission, looking at the years from July 2014 through June 2017. It released its report on May 30.

The audit outlined 11 findings and 43 recommended improvements, the latter the highest total ever for a state agency. It directed 40 of those at the commission and three at the state legislature.

“My audit report shows the Game Commission can and must do a better job of managing its finances,” DePasquale said.

The commission apparently agrees. It put out a statement saying that it’s already adopted some of the 40 recommendations under its control, and “has agreed to work toward implementing nearly all of the others.”

Unlike some of the lawmakers who first called for the audit more than a year ago, he did not take the commission to task for declining sales and revenues. The drop in hunter numbers is a national trend, he noted. States similar to Pennsylvania in terms of hunting tradition – Michigan, Wisconsin and Ohio – are experiencing the same problem.

Baby boomers aging out of hunting just aren’t being replaced on a one-to-one basis, he said.

But there’s plenty of room for improvement elsewhere, he noted.

For starters, there’s the issue of seven different escrow accounts managed by the agency.

“This is, perhaps, the most critical part of our audit,” DePasquale said.

The escrow accounts contain, in total, $6.5 million. One or maybe two hold more than $1 million each; the others are smaller.

The trouble, DePasquale said, is that the commission’s chief financial officer was unaware of the accounts, their balances or their purposes until auditors pointed them out.

Three had “co-mingled” fees, which DePasquale called unacceptable. Another was dormant and accruing unnecessary fees.

That prompted him to call for a change.

The commission, in response, admitted “it may be true” its chief financial officer was unaware of the accounts. But others, including his supervisor, the director of the bureau of administrative services during the time of the audit, were.

“Just because one person, perhaps a person who should have been aware but was not, did not have access to that information does not mean the information was not widely known and available,” the commission said.

Harold Daub, executive director of the Pennsylvania Federation of Sportsmen and Conservationists, was at the news conference for release of the audit. He asked if the Treasury department could oversee those funds “without the threat of the funds becoming part of the general fund, and I mean taken from sportsmen.”

The Federation could not support that, he said.

DePasquale said oversight need not mean taking funds from the commission. And he would not recommend that, he added.

State Rep. Dave Maloney, a Berks County Republican who called for the audit, won’t support that either.

“What the sportsmen have been responsible for providing should stay with the sportsmen, and it should not be in the general fund in any way, shape or form,” Maloney said.

Another troubling finding of his audit, DePasquale said, is that the commission does not adequately monitor revenues from oil and gas leases on state game lands.

Oil and gas companies report harvests to the state Department of Environmental Protection. But the commission “never once did” look at those amounts and check them against what they were paid.

That, he said, “creates the risk of lost revenue.”

What’s more, he said, the commission often took weeks – in one case, up to 63 days – to deposit royalty checks. More than once, it did so only after the company making the payment requested it.

“Now think about the craziness of that,” DePasquale said.

The commission is addressing that, even if it didn’t agree 100 percent with audit findings.

It noted that the audit found no cases of oil and gas companies failing to make royalty payments. The commission also said that efforts by staff in the oil, gas and minerals section to track and document well production “contradict the finding that the commission does not verify the appropriateness or the accuracy of the royalty payments received from producers.”

And it cashed checks in 9.67 days on average, it added.

All that said, the commission recently created a new staff position within its oil, gas and minerals section.

“One of the primary functions and duties of this person is to focus on oil/gas royalty payment remittance and accuracy,” it noted.

But the commission still might find some savings, he noted.

“I do support any government agency, just like any personal finances, having some type of reserve. I do believe, though, there comes a point where a fund can be too high unless it is earmarked for specific items,” he said.

In light of all that, DePasquale said he could not support or recommend that lawmakers increase hunting license fees. That’s something the commission has sought for several years now. License fees last increased in 1999.

First, the commission needs to get its accounting house in order, he said.

“Any human being, any group of people, that doesn’t have independent oversight over a long term, can get complacent with their money,” DePasquale said. “So moving forward, this is something that we can’t allow to happen again.”

“No matter how big or small, wildlife wins with every improvement we make,” he said. 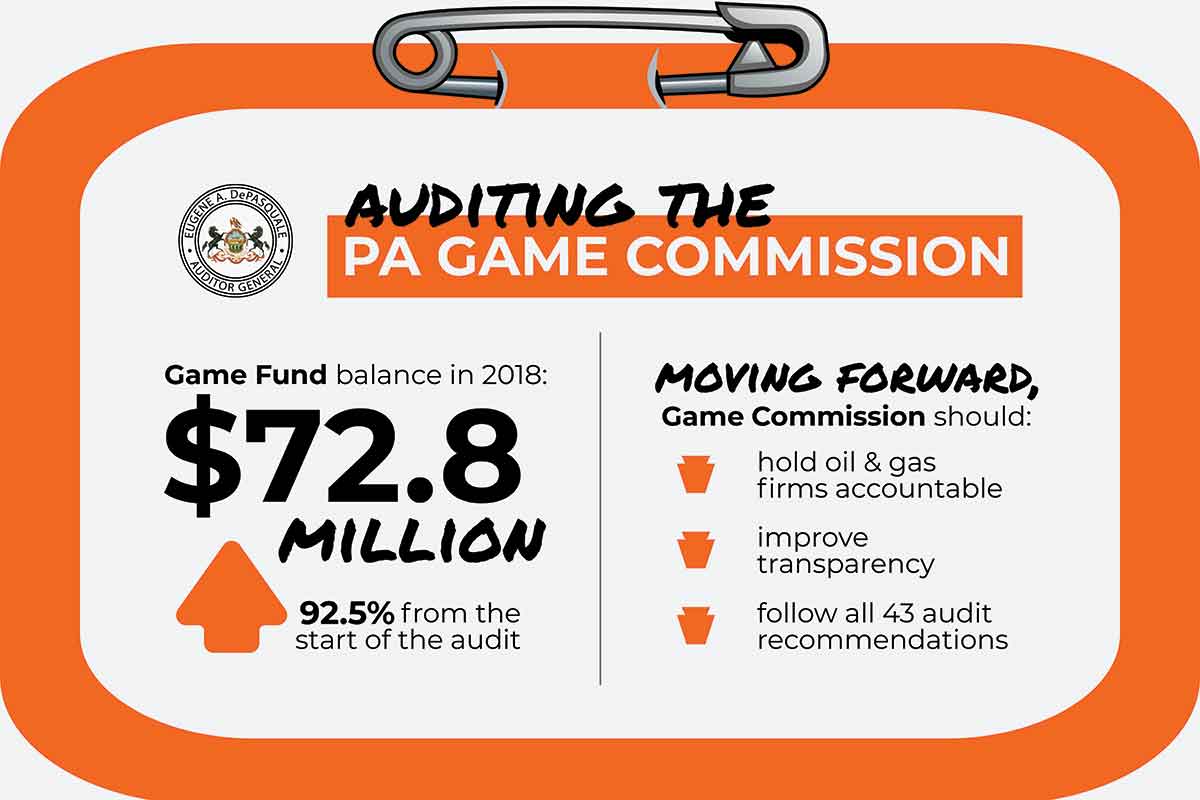