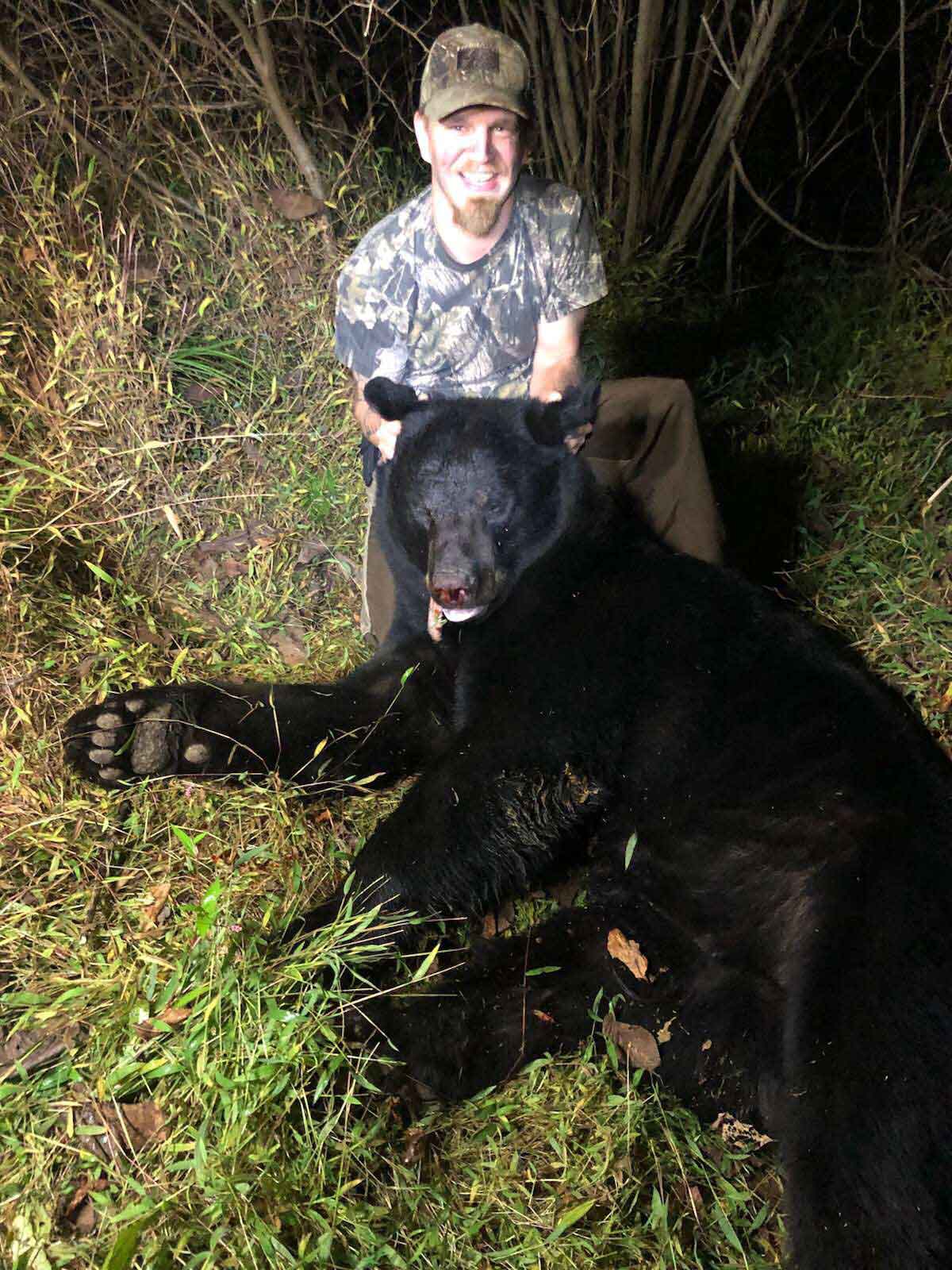 It wasn’t all that long ago that killing a bear in Allegheny County was unheard of.
The state Game Commission started tracking bear harvests in 1949. No hunter killed a bear in Allegheny – which of course surrounds Pittsburgh — from that year through 2011, when a hunter using a shotgun finally took one in Fawn Township. Another hunter became the first to kill a bear with a bow in Allegheny County the following year.
This may be another first.
Twenty-three-year-old Cole Guerrieri of West Deer Township this fall shot a 360-pound bear.
What’s amazing is that it’s the second bear he’s taken in Allegheny. He got his first three years ago, in a spot only about 150 yards from where he harvested this one.
“I hadn’t seen the bear before, but I knew they were in the area,” Guerrieri said. “But I went out deer hunting never thinking I would see a bear. It was my first time getting out into the woods this year since I’ve been so busy.”
Guerrieri watched the bear – which was in a thicket too dense to shoot into – for about 30 minutes before it stepped into an opening. He took the shot, at 20 yards, and got it.
He was hunting from his brother’s tree stand, with his permission.
And he did what was once unthinkable.
“What a way to start the season off,” Guerrieri said.