Wildlife watching from the water a real treat 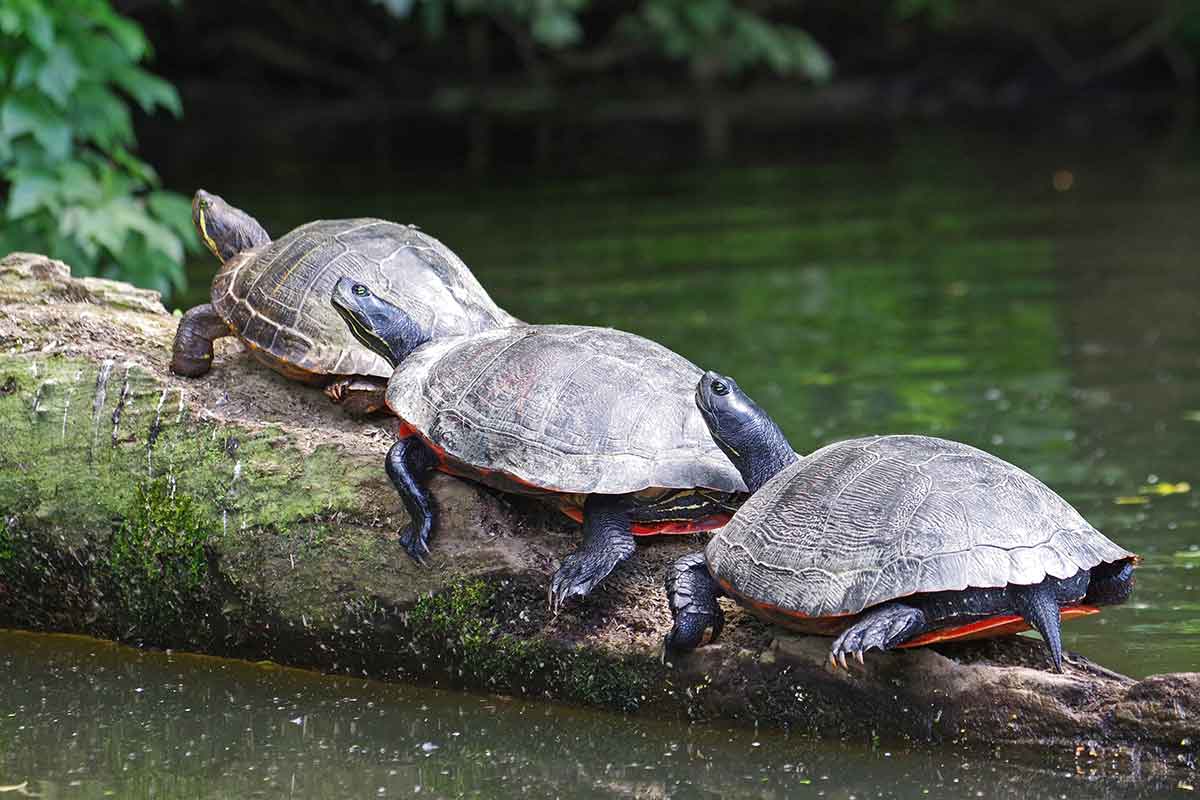 There’s no official name, so far as I know, for the portal that took us into another world.

But it hides behind a tricky entrance.

We arrived at the state park boat launch mid-morning of a weekday. It’s summer, and school is surely out everywhere, but still, the crowd was surprisingly large.

A variety of pickups, Jeeps, SUVs and even compact cars disgorged kayaks and stand-up paddleboards faster than others could be loaded up and swept away. One sailboat came in only to be replaced by another going out, while the presence of trailers in the gravel lot spoke to the motorboats already on the water.

Just a bit further down shore, the boat rental coughed up a constant, rotating stream of by-the-hour day trippers.

An audience took it all in.

Sunbathers sitting on towels or chairs dotted the grass adjacent to the concession stand. A few made their way to the water’s edge, kids or dogs in tow, to laugh and splash and play. Many just people watched.

Even my son – who two days earlier on another lake remarked how fresh the air, how green the trees and how wild the wildlife was outside his usual congested city environs – felt a sudden and surprising sense of intrusion.

Then we made a hard right and, soon, everything changed.

We paddled past a few shore-bound fishermen, casting from spots made convenient by picnic tables. Next we floated beyond the one or two grassy lanes – with canoes propped on stands at water’s edge – leading to the lake from nearby houses. 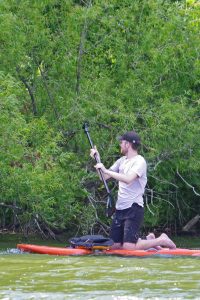 Maintain a low profile when wildlife watching from a paddleboard.
Bob Frye/Everybody Adventures

And then we arrived.

This unnamed arm of the lake didn’t end in hard, no-doubt fashion, with a dry line of demarcation. Rather it turned mysteriously blended. The lake followed watery pathways — shallow, still, quiet – through a mix of standing trees and grassy hummocks backed by fields. We had to pull our elbows and paddles in at spots, duck our heads under low hanging branches at others, to get through.

But the payoff was wild. Or more specifically, wildlife.

Turtles lounged sometimes seven and eight deep on logs. A blue heron fished in the nearby shallows. Red-winged blackbirds – a favorite since the days I grew up watching them in the meadow outside our back door – darted about. Frogs heard but not seen added a throaty chorus.

And we had it all to ourselves. No other paddlers made their way this far, so it was just us and nature’s bounty.

It was beautiful, relaxing, exhilarating.

Watery edges – where one habitat type meets another – are wildlife magnets. And small boats – canoes, kayaks and paddleboards – are the perfect tools for exploring them.

From turtles to birds to white-tailed deer, wildlife that would run from a person on foot is often surprisingly tolerant of someone paddling.

There are a few things you can do to make that especially true. 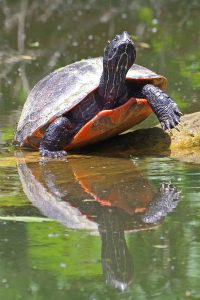 For one thing, do as we did and leave the crowds behind. Most wildlife – focused on staying alive in a world full of predators – is shy. Seek out secluded spots, be they ones hard to reach from shore or shallow enough that larger boats can’t get there.

For a second, be quiet and present a low profile. It’s possible to get close to wildlife in groups of sorts. There were three of us paddling together on this lake. And we talked and laughed at times. But we whispered when necessary, and my son knelt or sat down on the paddleboard to appear less threatening.

And speaking of that, take circuitous routes around wildlife. Paddling directly toward a bird or group of turtles, for example, will often make them flee. Circling them, however, so that you’re never approaching head-on, is more likely to convince them to stick around.

Watch your eyes, too. Predators have eyes in the front of their head – think a coyote or wolf – as opposed to on the sides of their head, like a deer. So staring directly at an animal is usually perceived as dangerous. Instead, as you glide by in your boat, watch them out of the corners of your eyes.

And never approach too close.

All wild animals have a line, so to speak, beyond which they won’t allow anyone to pass without fleeing or fighting. For your sake and theirs, don’t get so close you make them choose.

Take pictures – a zoom lens on your camera is a wonderful investment – and compare those to field guides at home. You’ll not only learn to identify species, but get clues on why it was where it was and what it was likely doing when you saw it.

Peering into the live of the animals from a canoe, kayak or paddleboard can sometimes take that to another level.

So hit the water and find your own portal.