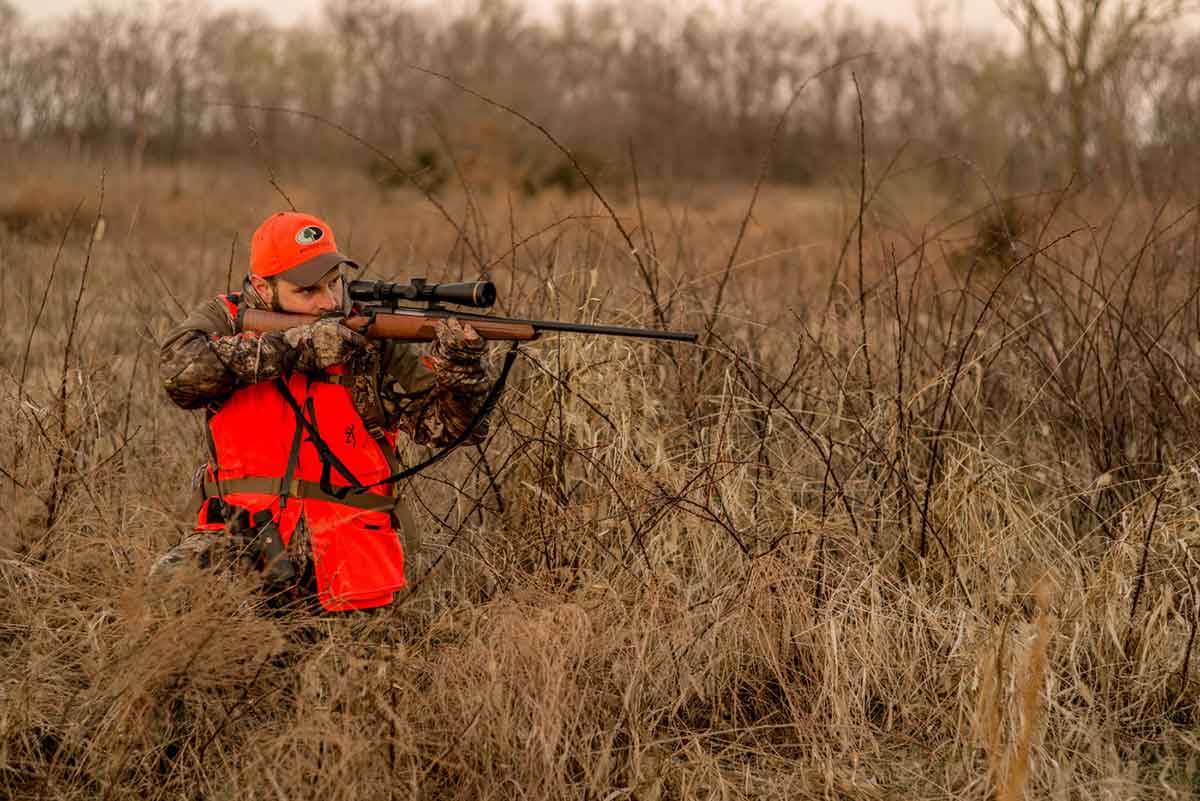 The wildlife values held by Americans seems to be changing in correlation with a decline in hutner numbers.
Howard Communications

Fewer Americans than ever hunt these days. In fact, it recently hit a 25-year low.

A U.S. Fish and Wildlife Service report, released in 2016, showed that 11.5 million Americans hunted. That was 4.4 percent of the population.

That decline in participation doesn’t necessarily equate to a decline in support.

According to Responsive Management, a Virginia-based natural resources polling firm, 79 percent of Americans support legal, ethical hunting, whether they personally do it or not.

“Clearly, whether participating or not, hunting is still viewed as a meaningful or valuable human activity,” the firm said.

But for how much longer?

A newer study, just released this spring, shows that how Americans view wildlife is changing. Growing numbers see animals not as food, but as almost human in their rights.

That, researchers say, is already having implications for hunters, anglers and state fish and wildlife agencies. And those will likely only increase.

“Conflict is increasingly common in contemporary fish and wildlife management,” the report notes. “The source of conflict is typically not a matter of biology; rather, it involves a clash of goals among stakeholders. To many in the wildlife profession, conflict among stakeholders appears to be intensifying over time.”

This study, the report notes, was a look at how public opinions and attitudes may let wildlife managers take care of birds, mammals and fish in the future. The first study of its kind, it examined issues in all 50 states.

Traditionalists are those most extreme in their beliefs that wildlife should be used and managed for the benefit of the people. They have a tendency to believe in domination of people over wildlife.

For example, the study said, they would “endorse killing wildlife if it posed a threat to their lives or property.

“Those with a strong domination orientation respond positively to a vision where there are abundant populations of wildlife for hunting and fishing,” the report adds.

Mutualists, by comparison, are the most extreme in seeing “wildlife as part of their extended social network.” They also see them in anthropomorphic terms, meaning having human-like feelings and emotions.

“Those with strong mutualist tendencies see animals as family or companions, deserving of caring and rights as humans. They respond positively to a vision of humans and wildlife living side by side without fear,” the report says.

Pluralists lean toward being traditionalists or mutualists depending on the situation, while distanced are those who generally don’t spend much time thinking about wildlife at all.

The study noted that the percentage of people in each category varies by state. There are fine levels of differentiation between groups, too.

Someone who registers as a traditionalist hunter on one issue might be a mutualist on another, for example. It’s not as simple as saying traditionalists are hunters and those in the other categories are not, the report says.

But, generally speaking, more Americans rate as mutualists than anything else. The study concluded they account for 35 percent of the population.

It’s no surprise then that mutualists appear to be growing in number. “Modernization” – meaning, more and more Americans are attaining higher levels of education, becoming more urban and making enough money to purchase food without having to procure it themselves – is driving that, the study concludes.

It takes a bit of time to create a mutualist.

It’s rare, the study said, that a person born in the country moves to the city and changes his or her values. They tend to retain those adopted early on in life.

Their children are another matter.

The study said values are shaped “heavily by the social context.” So children of a traditionalist, raised in an urban area, may develop different values. The likelihood of change intensifies, potentially, with each new generation.

“Hence, the primary forces affecting change in values at the state level are population migration and generational replacement,” it says.

That will probably play a role in how people interact with wildlife in the future, the study suggested. The percentage of people expressing an interest in hunting (16 percent) and fishing (23 percent) are lower than rates of past participation.

By comparison, the percentage of people interested in wildlife watching (52 percent) suggests “higher future interest” than in the past.

And those wildlife watchers are, generally speaking, less trusting of their state wildlife agency than are hunter sand anglers.

Nationwide, people – across all categories – tend to have more faith in their state fish and wildlife agency than they do in state government at large, or in the federal government, the report said.

But they’re not buying in totally either.

Among traditionalists, that trust ranges from 56.1 percent of people to 87.1 percent. Among mutualists, though, it’s 42.4 percent to 71.1 percent, with most states falling closer to the low end of the scale.

That presents a conundrum.

According to the study, agencies that change their activities, goals and intentions to satisfy mutualists run the risk of alienating their core base of traditionalists. It’s those people – many of them license buyers – who fund fish and wildlife management.

Any potential “cultural backlash” from those traditionalists – like that already notable in politics in many other areas, the study authors said — will be a real challenge for wildlife managers.

“These segments of the public often feel left behind by change and, as a result, have become increasingly vocal, discontent and active in their defense of traditional values and lifestyles,” the report says.

So some things are likely going to have to change, the report notes.

Right now, its authors said, state fish and wildlife agencies spend a lot of time on short-term priorities, like setting hunting and fishing seasons and bag limits from year to year. That’s made sense in the past, they said, given that was the priority of constituents.

But as more and more people get further and further away from interacting with wildlife in a consumptive way, and anthropomorphism of animals continues to grow, wildlife managers will have to accommodate those “forces of change.”

Indeed, the authors conclude, “it is social change that will give direction to the future of fish and wildlife management.”