Leave wildlife babies in the wild this spring 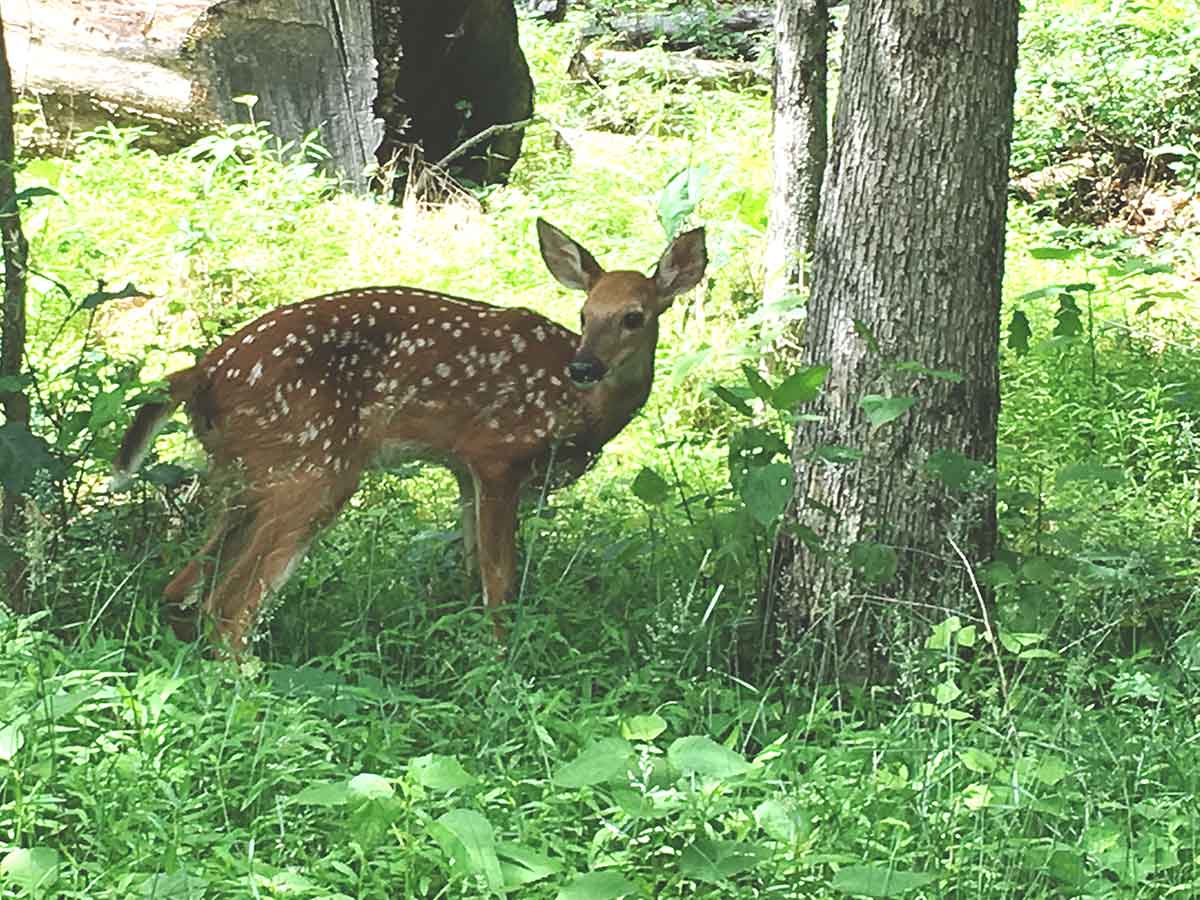 Wildlife babies, like white-tailed deer fawns, may appear vulnerable in nature. But the best thing for them is to let them be.
Bob Frye/Everybody Adventures

The reaction was as well-intentioned as it was predictable.

A friend called last spring. Hiking – not deep in the woods, but close to home – he and his wife came across a fawn. It was seemingly alone. There was no mother close by, so far as they could tell.

Their instinct, he said, was to scoop up and cradle the tiny, fragile, solitary miracle, all big brown eyes and ears and spots.

They did not. But should they have, he wondered?

The answer is no.

That’s the answer wildlife agencies all across the country will hand out with regularity over the next six to eight weeks or so. The reason: it’s the season for wildlife babies.

Officials with the Iowa Department of Natural Resources, for example, say they get inundated with calls about “orphaned” wildlife this time each year. People discover everything from baby robins to squirrels to fawns. And they want to save it.

“Why this happens is no real mystery. From fuzzy yellow ducklings to tiny baby bunnies, nothing appears more cute and cuddly than a wildlife baby,” the agency said.

The reason is that most orphaned wildlife really isn’t.

Many mammal species, like white-tailed deer, protect their young using a “hider” strategy. That is to say, mothers leave their babies alone, hidden and motionless, while they feed nearby.

That separation can last for hours at a time. But that’s normal.

“Newborn fawns have almost no natural odor and their spotted, reddish-brown coats help them blend into their surroundings. Fawns instinctively lie motionless when approached by potential predators,” said Paul Peditto, wildlife and heritage service director for the Maryland Department of Natural Resources.

“This seemingly helpless state is a behavioral adaptation that has helped white-tailed deer survive for ages.”

Meanwhile, baby birds can seem vulnerable when they first leave the nest. But that’s, well, how nature works.

Only about 20 percent of young birds survive a given spring.

“While this seems unfortunate or cruel, this is a normal occurrence in nature. In the real out-of-doors, it’s just the way things are,” they added.

Being “rescued” is often worse, for both wildlife babies and the people who would help them.

Rabies is another concern. Skunks, raccoons, foxes, bats, coyotes and groundhogs are considered “vector” species. That means they’re prime candidates to carry the disease. Infected animals may not show any outward signs.

But they can spread the disease to people if they bite of scratch, or if their saliva gets into a person’s eyes, mouth or flesh wound.

State health officials won’t chance that spreading. So wildlife officials have no choice but to euthanize any wildlife baby of those varieties when and if they find it.

“It cannot be returned to the wild because the risk of spreading disease is too high,” said officials with the Pennsylvania Game Commission.

“Young animals have special dietary needs and must obtain survival skills that only a natural setting and parent can provide,” said Tyler Evans, a wildlife biologist at the West Virginia State Wildlife Center.

Handling often leads to stress, which in turns promotes starvation, pneumonia and other human-caused sicknesses. More often than not, they die.

Wild animals that become accustomed to humans can become dangerous as they mature, added Peditto.

“A few years ago, a yearling, six-point buck attacked and severely injured two people,” said Game Commission officials. “The investigation into the incident revealed that a neighboring family had illegally taken the deer into their home and fed it as a fawn, and they continued to feed the deer right up until the time of the attack.”

No one likes to see wildlife suffer, especially wildlife babies. But sometimes it does. Nature is generally unforgiving.

That said, the best thing to do with young wildlife is to leave it be.

“We want everyone to enjoy our state’s wildlife,” Evans said. “However, for your safety and for that of the animal, please remember that young wildlife should always be left undisturbed and given the opportunity to remain wild.”

Young wildlife can be left truly abandoned at times. A vehicle might kill a mother whitetail, leaving a fawn behind, for example.

Even then, though, the orphans should only be cared for by trained professionals.

There are wildlife rehabilitators in every state. They are people, certified for assorted species, who can maybe save the young creatures.

That may or may not mean returning them to the wild. But rehabilitators give a truly abandoned baby its best chance at survival.