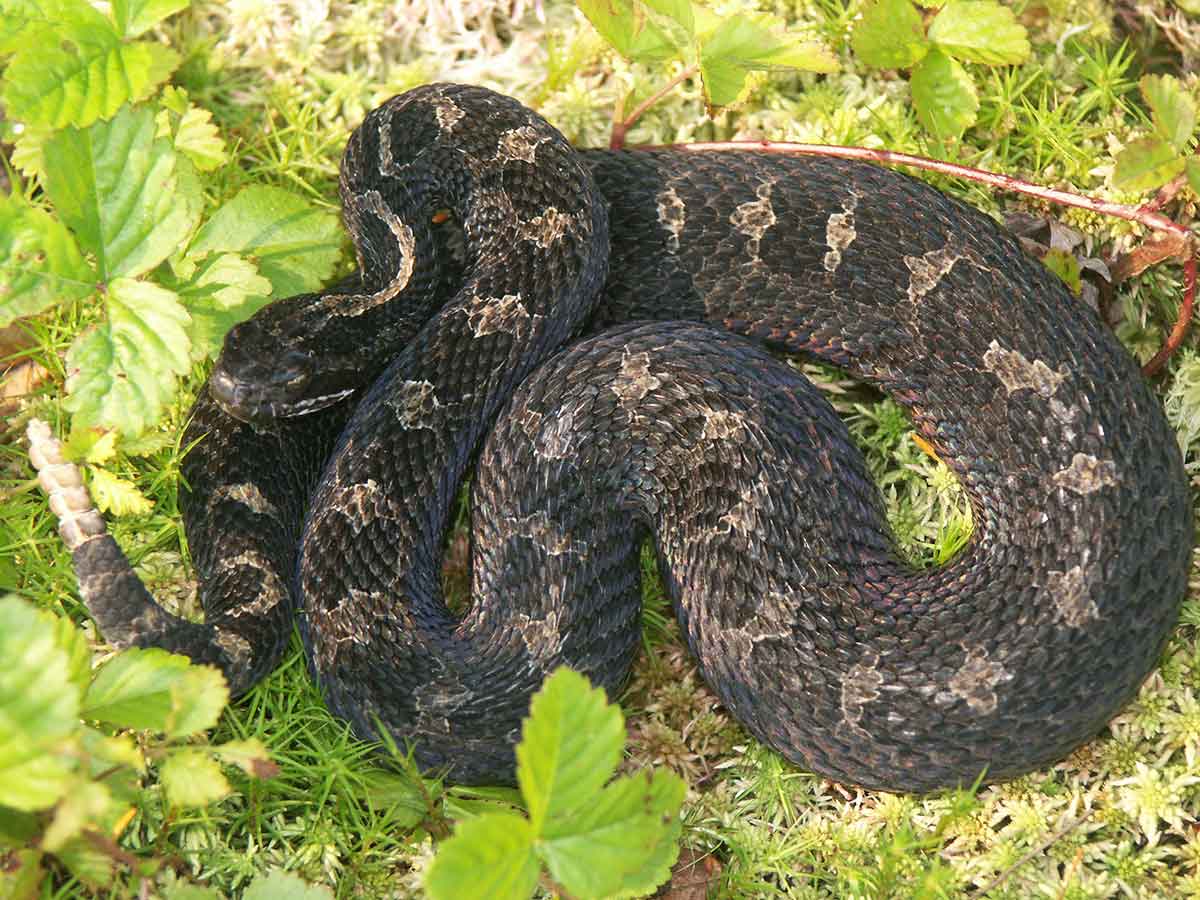 Funding for managing species like the struggling eastern massasauga rattlesnake is often hard to come by.
Photo: Wikimedia Commons

Hundreds of species of fish and wildlife across America – many of them habitat specialists, filling specific, if often uncommon, niches out of public view – are in trouble. Serious trouble.

According to the National Wildlife Federation, “nearly one-third of all U.S. wildlife species are already imperiled or are vulnerable.”

For more than a century, sportsmen and women alone have paid for their conservation by purchasing fishing and hunting licenses. State fish and wildlife agencies count that as their primary source of revenue.

And most get no general tax revenue.

But some believe a change is on order.

The “Recovering America’s Wildlife Act,” or HR 3742, was reintroduced in the U.S. Congress in early July. Rep. Debbie Dingell, a Michigan Democrat, and Rep. John Fortenberry, a Nebraska Republican, sponsored it.

It would provide $1.4 billion in federal funding to state wildlife agencies and tribal organizations to spend on “species of greatest conservation need.” Those are ones endangered or headed that way.

Yet this version differs in a few ways, most notably in that it would not draw funding solely from existing federal energy royalties. And supporters believe that might make it more palatable.

“Habitat loss, climate change, invasive species, disease, and severe weather have all taken a severe toll on birds, mammals, fish, amphibians, reptiles, butterflies and bees. All types of wildlife are declining, in many cases dramatically,” the Wildlife Federation said.

“If we are serious about saving thousands of at-risk species, we must invest in collaborative, on-the-ground solutions that match the magnitude of the wildlife crisis.”

And the American Fisheries Society, which represents those working in the fisheries industry, agreed.

“Without concerted attention, our growing wildlife crisis will almost certainly lead to many more species qualifying for protection under federal and state endangered species laws,” it noted.

“The key to wildlife conservation is to keep species off the (endangered) list and that requires a lot of work and investment on the part of agencies and partners,” Burhans said.

The Act would offer states money on a scale never seen before.

Right now, for example, the Game Commission and Pennsylvania Fish and Boat Commission get about $1.5 million annually in federal money to spend on species of greatest need.

“This would bump that up to $31 million total annually split between the Fish and Boat Commission and Game Commission,” said Tim Schaeffer, Fish and Boat’s executive director.

Sportsmen’s organizations are lobbying their members tell their Congressmen and women to sign on, or at least support it. That will ease the burden on hunters and anglers, it said.

Nationwide, while angler numbers are holding fairly steady, hunter numbers are declining. As a result, fewer people are paying more to support fish and wildlife.

And that’s not sustainable, some say.

“Currently 80 percent of the funding for our state wildlife agencies comes from hunting and fishing licenses and permits as well as federal excise taxes on hunting and fishing gear. This funding model has worked for decades, but is no longer enough on its own,” said the Alliance for America’s Fish and Wildlife.

“This would expand the funding source to all Americans and modernize conservation funding for the nation.”

Backcountry Hunters and Anglers agreed, while pointing out that any work to benefit endangered species usually helps game species, too.

“While not all at-risk species are game species, they do share the same habitat with critical game animals like mallards, mule deer, pronghorn and wild trout. Improving habitat for one species benefits all of them, including wild game,” it said.

What’s more, Burhans compared the bill’s potential impact on conservation to that of the Pittman-Robertson and Dingell-Johnson acts.

They collect an excise tax on the sale of hunting, shooting and fishing gear. That pumps billions of dollars into efforts to support conservation, hunting, trapping and fishing over the decades, Burhans noted.

The Recovering America’s Wildlife Act, he said, could do the same on a similar scale.

“This legislation is historic if passed,” Burhans said.