How to safely wade while fishing and more outdoors notes

Take a quick look around the outdoors world with a tip, a new piece of gear and more.

Wading is a great, and oftentimes necessary, way to get within casting distance of fish in rivers and streams. It’s also potentially dangerous, especially at this time of year. Rain and snow can raise water levels quickly, and a fall into cold water can bring on hypothermia.

So, how to reconcile the need for wading safety with a desire to get into fish? One simple step you can take is to always wear a wading belt. Fall without a belt and your waders will quickly fill with water. Best case scenario, you get soaked and have to head for the truck or home. Worst case scenario, in deep water, is your water-filled waders pull you to the bottom and you drown. A snugged-up wader belt prevents all that. The air trapped around your legs allows you to float until you hit shallow water and a way out. 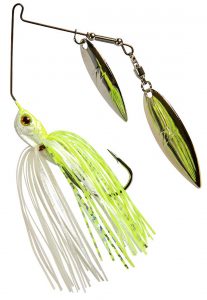 Sizes and colors: Available in double willow or Indiana-Colorado blade configurations in ¼- and 3/8-ounce sizes. It comes in assorted color combinations, including bluegill, chartreuse pearl, greenback shad and mouserat.

Technique: This is a scaled-down version of the SlingBladeZ that’s been on the market for a year or so now. The smaller size of this bait really comes into play in situations where water is exceptionally clear or where the baitfish – especially early in spring or at any time of year — are smaller. That size also makes it a player in waters so heavily fished that fish become accustome3d to standard offerings. It’s said to get lots of bites in all those situations. It does so as its wire body gives off lots of vibration. And the “StabilTrack” head, so-called because it’s concave on the bottom, means it runs true even when fished exceptionally fast or slow.

Walking the Appalachian Trail end to end in one season – thru-hiking, it’s called – is and always will be a marvelous feat.

But it’s becoming more common all the time.

The trail was completed in 1937, more than 15 years after its conception. It was, by all accounts, rougher in those early days, less well marked and more pone to rerouting.

Hikers were likely fewer and farther between, too. That was the Great Depression, after all. Day-to-day survival was likely a greater priority for most than walking 2,000-plus mile for fun.

So it’s no surprise there were only five known thru-hikers – also called “2,000 milers” for the length of the trail – in the entire decade of the 1930s. That dropped to three in the 1940s.

But man, how things have changed since. According to the Appalachian Trail Conservancy, thru-hiker numbers have doubled almost every decade since.

So far in the 2010s, for example, close to 9,000 people completed the trail end to end in one months-long attempt.

That brings the total number of recorded thru-hikers all time to more than 20,000.