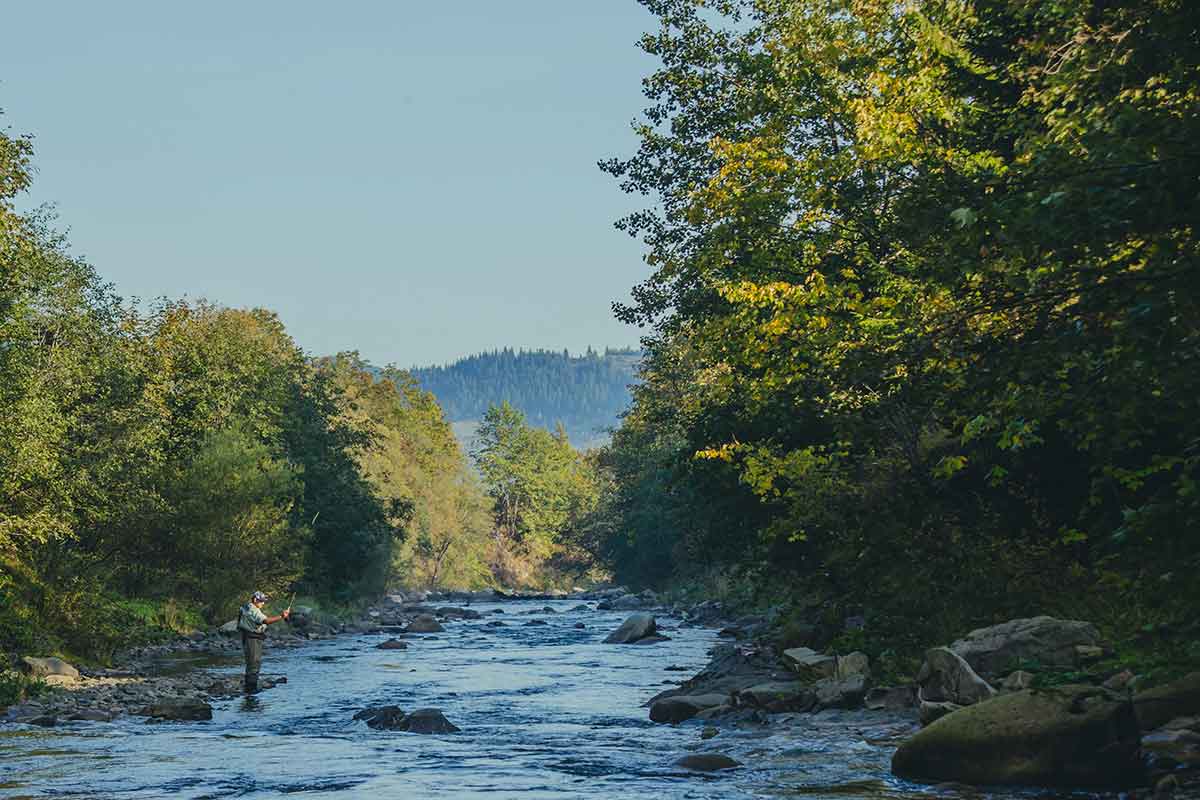 Wild trout and other species are benefitting from proceeds of voluntary fishing permits.
Photo: Pixabay

This worked out about as well as could have been expected.

One permit, for wild trout and enhanced waters permit, costs $25 a year. The other three – for bass, muskies and habitat/waterways conservation – are $10 each.

As with fishing licenses, anglers can buy them in one-, three-, five- and 10-year increments.

The question was whether anglers would willingly support any or all of them.

“We got more donations than we probably really expected in the first year,” said board member Richard Kauffman of Berks County.

The wild trout and enhanced waters permit brought in the most revenue, about 45 percent of the total. That’s not necessarily surprising given that it costs more than twice the others, said Andy Shiels, deputy director for field operations for the commission.

The bass permit brought in the next most money (27 percent of the total), followed by the habitat/waterways conservation (16 percent) and musky permits (12 percent).

But interestingly, the commission actually sold more bass permits than any other. They accounted for 35 percent of sales.

The commission promised to dedicate the money raised by each permit to its species or cause. Bass permit sales are for bass projects, for example, and musky money for musky projects.

It likewise promised to spread the money and projects out around the state.

Beyond that, though, it offered few specifics, since no one knew how much money might come in.

Yet anglers “responded very well to this program,” Shiels said.

“We’re grateful for the willingness of every volunteer permit purchaser to contribute, really on faith, for 2020, not knowing how the funds would be used,” he added.

Shiels revealed plans for the money at the board’s recent meeting.

For example, the commission plans to use bass permit proceeds to install fish habitat structures in bass ‘tournament destinations,” such as Lake Arthur in Moraine State Park in Butler County.

“Because we believe that the folks that are donating to the bass part of the fund are very avid bass anglers. A good percentage of the people who are avid bass anglers are tournament anglers,” Shiels said.

“And we know that if we put work, habitat, into a large lake, we can serve more people with one project.”

The commission is also using some of the bass permit money to survey tournament anglers. It will incorporate some of their wants and needs into the agency’s bass management plan.

The commission is putting wild trout funds into, among other things, eliminating culvert blockages in wild trout streams, so that fish can spread out and spawn in more places. That’s been a national emphasis in recent years, Shiels said.

“So this is our first toes in the stream, specifically for this type of project,” he added.

Musky permit funds will be used to buy minnows to feed muskies in hatcheries – something that improves growth and better prepares them for release into the wild – and more.

Meanwhile, habitat/waterways conservation dollars are earmarked for a couple of projects, one improving a children’s/disabled persons fishing area.

So far this year, anglers bought $13,000 in permits. That puts sales ahead of last year’s pace, Shiels said.

Going forward, the commission will spend those funds as opportunities arise, rather than waiting and earmarking them all at once, he added.

“I don’t know that we have to wait until this time next year,” he said.

Commissioners said they’re thrilled with how the voluntary permits are working.

“It’s nice to see the dollar amounts on these small projects that have a big impact,” agreed commission president Eric Hussar of Union County. 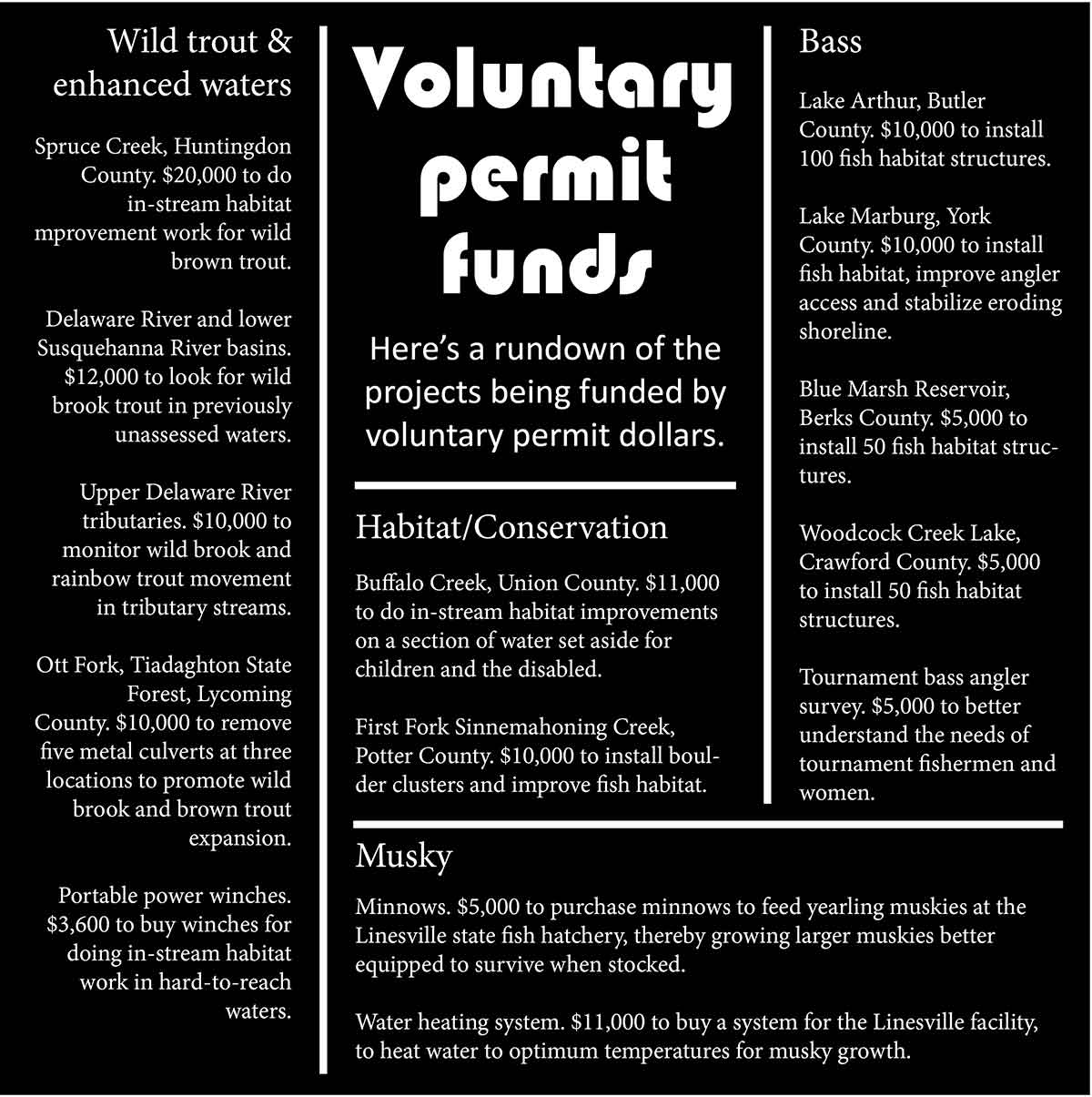 Check this out, too: Tips on finding fish to catch fish