Velvet antlers about to disappear for another year 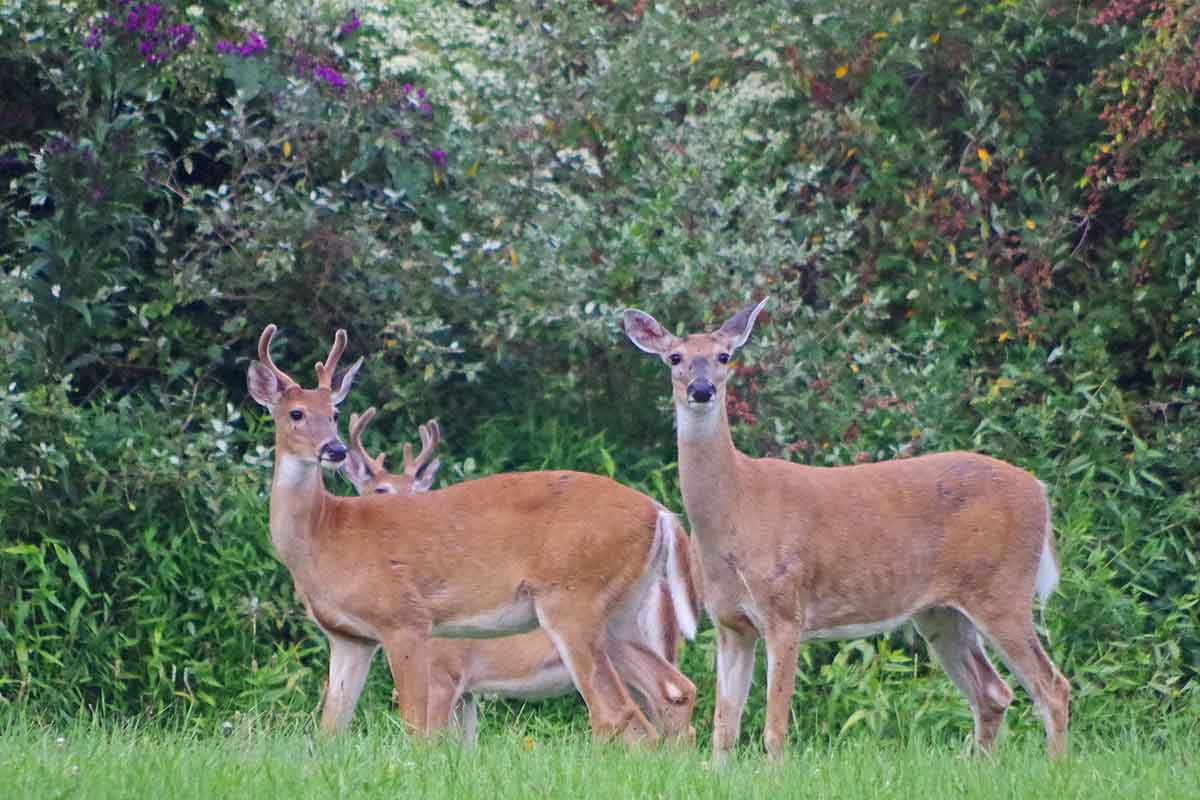 Whitetail antlers covered in velvet all summer are about to change.
Bob Frye/Everybody Adventures

Chances are it’s going on in your neck of the woods right now.

But if you want to see it, you’d better hurry.

White-tailed bucks scrape and scratch the velvet from their antlers late each summer, in preparation for the fall breeding season, or rut. They do it every year, year after year.

Predicting just when that activity starts with any kind of conviction is an iffy thing, though. It can vary from season to season. Shedding begins earlier some summers than others.

Generally speaking, Labor Day, give or take a few days, is as good a guess as any.

But there are no guarantees.

The shedding period, on a herd-wise basis, can last a few weeks.

Individual bucks, though — their testosterone levels ramping up as they prepare for the rut – lose their velvet a lot faster than that. From start to finish it’s usually gone within 24 hours, with bucks rubbing if off against trees and even eating the bloody, hanging shreds when they fall within mouth’s reach.

It’s all over for all deer by October’s start.

So all those fuzzy-headed bucks you’ve been seeing on trail cameras?

That’s why we went searching recently. Spotting a buck in the process of shedding its velvet is pretty dramatic stuff. That’s true even on small-racked deer.

But you’ve got to be diligent about seeking it, given the narrow window in which everything happens.

So last week we prowled some backcountry roads at dusk, looking for deer and most specifically for bucks with roughed-up velvet. We saw a fair number of deer, male and female, and some fawns still sporting spots.

None of the bucks were monsters, rack-wise. And all still sported antlers with velvet fully intact.

Still, they were fun to see.

Velvet antlers are, in any stage, a wonder of nature.

Male whitetails begin growing their fancy headgear in spring, between mid-March and mid-April. Lengthening days and corresponding increases in daylight hours spur that.

Antlers surge quickly over summer. Scientists call them the fastest growing tissue known to man, and no wonder. Deer can add a quarter inch or more of antler every day.

Were you able to touch them at that time, antlers are soft, even spongy. That’s because they’re living, growing, blood-rich and full of nerve endings.

They stay that way for a few months, until the middle of August or so, when the material under all that velvet begins calcifying and turning into bone.

By October, whitetail bucks sport the kind of hardened antlers so familiar on magazine covers.

They don’t get to keep them. Bucks lose their antlers each year in early winter, when daylight hours are shorter and hormone levels fall again.

Then, a few months later, the process begins again.

The whole process is amazing, really.

But there’s something especially fascinating about velvet antlers while they last.

Velvet is composed of small hair-like fibers, for starters. With those, deer can “feel” things touching their antlers. That helps a buck protect his when going through brush or around limbs.

That also allows them, biologists believe, to develop muscle memory, so that they can tell where their rack is even after it turns to bone. Perhaps that’s how they can run through woods so fast with all that headgear on.

Antlers – those in velvet as much as those that aren’t – are just fascinating to look at and observe, for sheer beauty’s sake. There’s something regal about them, even when they’re spindly little twigs atop a young deer’s head.

Certainly there’s nothing that hints of raw power, of power to soon be unleashed, like antlers still red and bloody with frayed strings of Spanish moss-like velvet hanging from them.

So go look for a velvet buck or two today. Soon, they’ll be gone for another year. 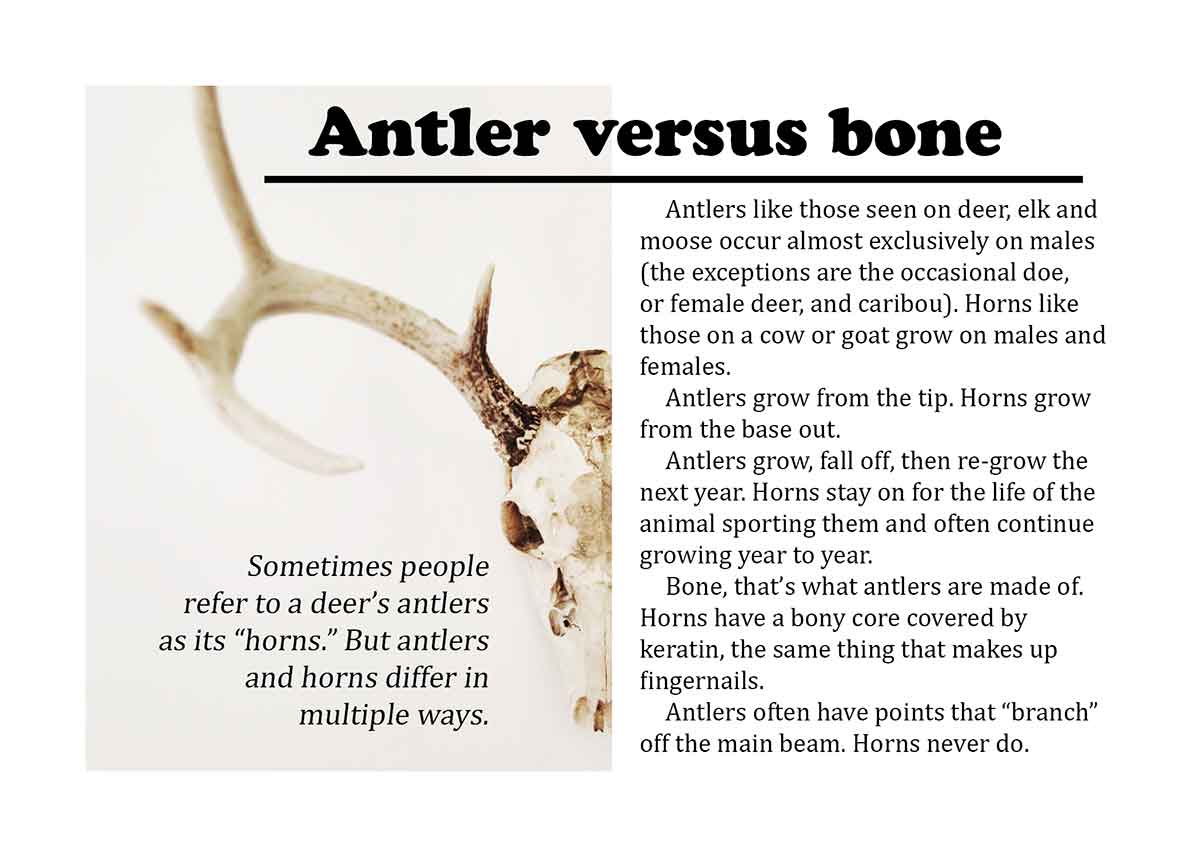 Is an antler, velvet or otherwise, by any other name a horn? Not really.
Bob Frye/Everybody Adventures

See also: White tails on whitetails are predictors of the future