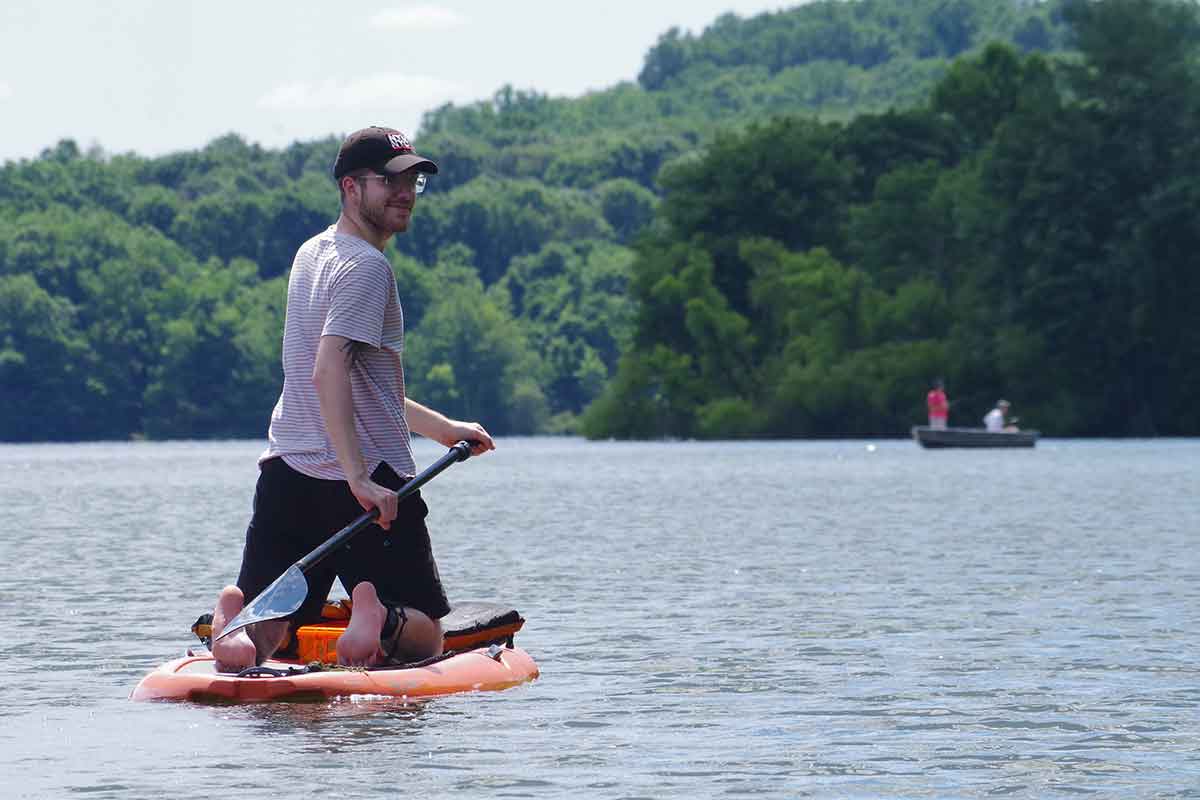 Americans are spending more time outdoors. But it’s a shrinking number of people behind that growth.
Bob Frye/Everybody Adventures

Maybe you’ve seen it in the news lately. America is facing a potential French fry shortage because of a poor potato crop.

In fact, some new data suggests that – for the first time in years – while participation in outdoor recreation remains high, the most sedentary Americans are becoming even less active than before.

It’s increasingly a world of, if not haves and have-nots, at least doers and don’t doers.

Outdoor Foundation, the philanthropic arm of the Outdoor Industry Association, just released its 2019 Outdoor Participation Report. It tracks trends in recreation over the previous year.

And to be sure, people are still getting outdoors. The report points out a “modest” 1.4 percent increase in participation between 2016 and 2018.

The gender gap shrank, too, as more women went outside. And diversity among participants is changing for the better, if slowly.

According to the report, 50.5 percent of all Americans participated in outdoor recreation at least once in 2018. They hunted, hiked, camped, fished, biked and more.

“Unfortunately, this also meant that a little less than half of the U.S. population did not participate in outdoor recreation at all, and very few got outdoors often enough to enjoy the full benefits of health and well-being outdoor activities can provide,” the study authors concluded.

That’s outside what has been the norm.

“Over the past few years, outdoor participation has been on track with the growth of the U.S. population, but concerning trends are beginning to emerge,” the report said.

Three in particular stand out.

First and foremost is the decline in participation among “moderates.” They’re not diehard outdoorsmen and women. The report defines them as people who recreate outdoors once a month.

Yet, the report said the number of people clearing even that low bar dropped by about 2 percent over the past decade.

“The decline in youth activity was particularly concerning as youth participation is a strong indicator of future activity. In fact, adults that were active outside as children were twice as likely to be active when they became adults,” study authors said.

The third troublesome trend is that even those people getting outdoors seem to be doing it less than before. According to the report, only 17.9 percent of people reported getting outside on a weekly basis.

Study authors said it will be difficult to turn that around.

“This historical downward trend indicates that Americans will likely continue spending less time outdoors, especially with intensifying external barriers, such as work and family demands as well as technology and cost of entry,” they predicted.

For all that there is some good news.

More women are getting outdoors than before. Participation grew by 3.2 percent from 2017 to 2018. Young women in particular, those 18 to 24, could be the “future of outdoor participation,” the report said.

Outdoor recreation among Hispanics grew year over year, too. It increased by 4.5 percent.

“Nearly four in ten first-time freshwater fishing participants were youth, which is an indicator of future growth,” the study said.

But none of that hides the fact that people who value the importance of outdoor recreation need to get their neighbors up and moving, the report concluded. There are plenty of bad trends to reverse.

“More needs to be done to change this narrative, for the health of the industry and the health of society,” said the report’s authors. “Collective action through philanthropy, marketing, and policies at the local, state and federal level can help bring not only individuals, but entire communities, to the outdoors and inspire a nationwide outdoor habit.”

Check this out, too: Become an outdoor mentor to perpetuate appreciation for nature, wildlife, adventure