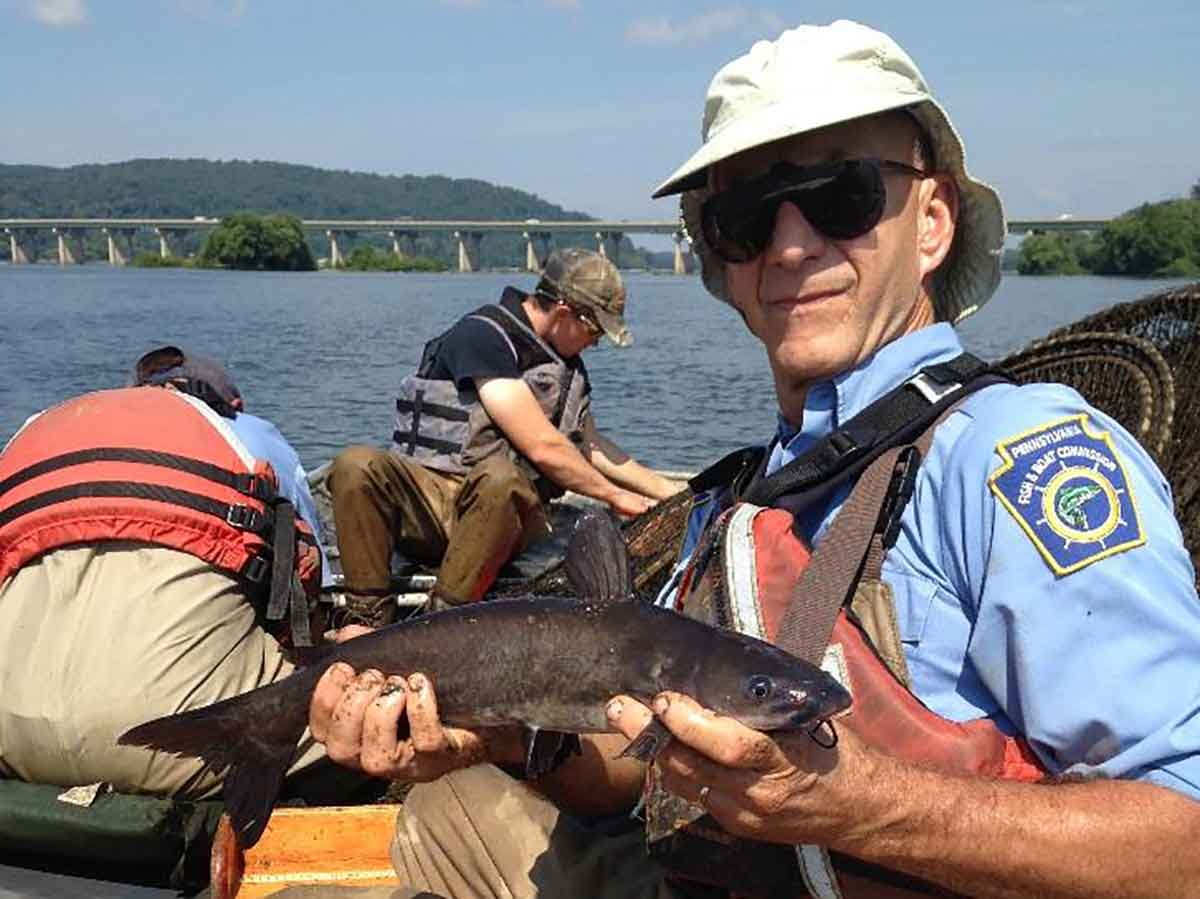 The Susquehanna River knows how to multitask.

It was for years known as the best river smallmouth bass fishery on the East Coast. And, despite some hard times, it remains a great fishery.

More recently, the Susquehanna has a reputation as a hot spot for monster flathead catfish. Pennsylvania’s new state record came from the river just this spring, in fact.

Ah, but don’t forget about it as a place to catch channel catfish, too. The catfish species native to this water – flatheads are not – is doing plenty well, it seems.

Biologists from the Pennsylvania Fish and Boat Commission surveyed the Susquehanna annually from 2016 through 2018, looking specifically at its channel catfish. They examined it from the Fabri Dam downstream to the Pennsylvania-Maryland line.

That stretch is “among the most popular and productive” portions of the river., said Susquehanna River biologist Geoff Smith.

It’s no wonder why.

Crews placed them in six sections of the middle Susquehanna, between Sunbury and York Haven, and five sections in the lower river, from York Haven to the state line. Each baited net went into the water for 72 hours.

After that, biologists pulled them in and counted and measured the channel cats inside.

And simply put, they got a lot. At least in spots.

There were admittedly some nets, like one set at Clemson Island, that contained no channel cats, Smith said. But others, like the one at York Haven/Bainbridge, had 142.

To compare sites, biologists averaged their catches over time to get “catch per unit effort,” or CPUE, figures.

“Generally, CPUE values were highest at sites in the lower Susquehanna reach,” Smith wrote in a report. “However, catches were considered favorable to offer worthwhile fishing opportunities in both.”

The area around York Haven/Bainbridge was the best for numbers, and by a good margin, giving up almost twice as many fish as any other site.

The fish handled at the various sites ranged from 12 to 31 inches. There were good numbers of fish in every size in between, the survey found.

“The catch of angler-preferred length channel catfish, approximately 24 inches and longer, was good in both reaches, with no indication of excessive angler exploitation or natural mortality occurring,” Smith added.

As for the lack of fish smaller than 12 inches seen, that’s not a concern, Smith said. Rather, it’s a function of the way hoop nets work.

They can’t contain channel cats shorter than 12 inches, he said.

Now, as for deciding where anglers should fish for channel cats, that comes down to goals.

There is no minimum size limit when it comes to channe; catfish from the Susquehanna, and anglers can keep 50 fish a day.

But they shouldn’t eat them all. The state Department of Environmental Protection issued an advisory of one meal per month of channel catfish longer than 20 inches for those portions of the Susquehanna flowing through Cumberland, Dauphin, Juniata, Lancaster, Perry, Northumberland and York counties.

Still, for anglers looking for fun as much as anything else, the Susquehanna’s channel catfish are a species to consider, Smith said.

“Regardless of which reach anglers choose to fish, the quality channel catfish opportunities are available from shore or boat for those fishing the middle and lower reaches of the Susquehanna River,” he said.

Next week: A look at some lakes on the rebound.