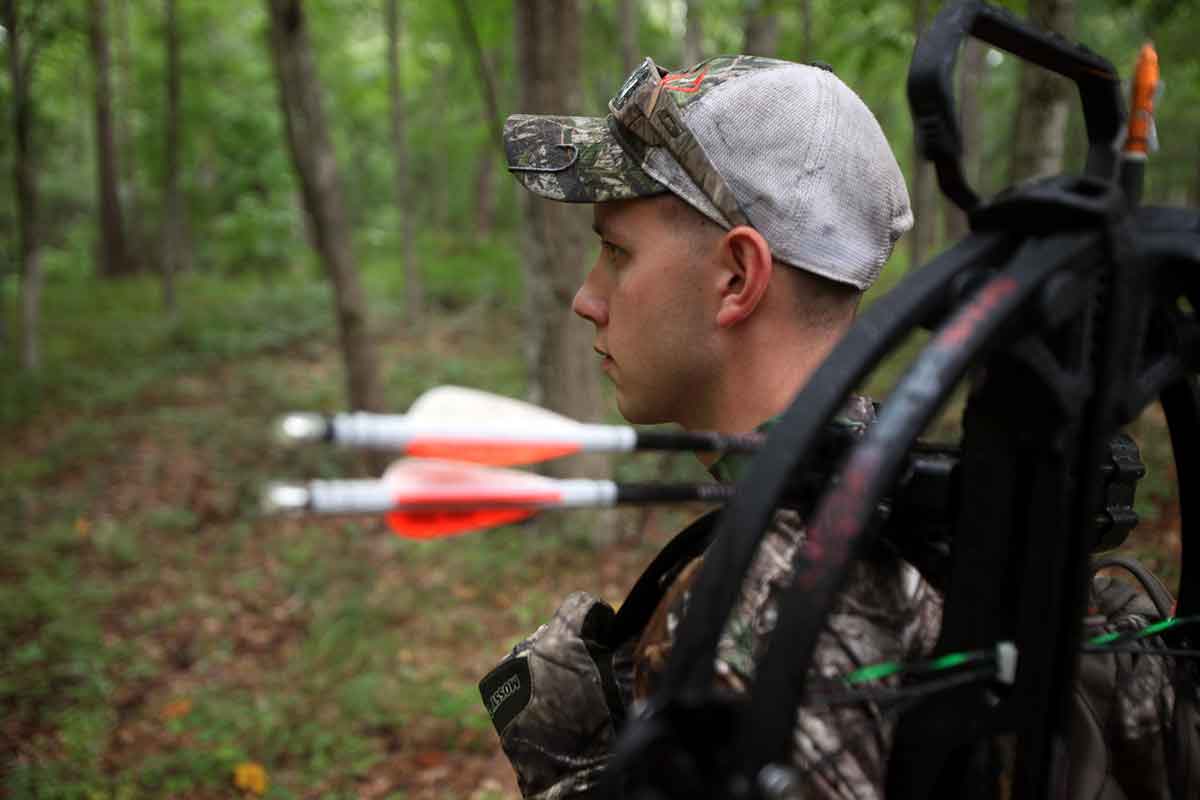 Hunters seeking the chance to pursue deer or other game on Sundays in Pennsylvania have a fight on their hands.

And it’s one they’ll apparently have to wage with kid gloves.

State lawmakers – either surprisingly politer or thin-skinned – made that clear this past week.

The House of Representatives game and fisheries committee held a hearing on Sept. 10 on Senate Bill 147. It would expand Sunday hunting – now permitted only for crows, foxes and coyotes – to three additional days. Those are one Sunday in the statewide archery season, one in the statewide firearms deer season and one chosen by the Pennsylvania Game Commission.

The bill would also strengthen trespass laws, instituting stuffer penalties for violators, and allow commission game wardens to enforce it.

Little of that is new.

Lawmakers have debated Sunday hunting for at least the last 15 years, with various bills introduced over that time. None ever went anywhere.

Senate Bill 147 is the exception. It passed the state Senate earlier this year.

Still, it has to get through the House.

As a first step, it must pass out of the game and fisheries committee. And, with many freshmen lawmakers serving there, chairman Keith Gillespie, a York County Republican, scheduled the hearing.

Testimony for and against

The usual suspects testified on the bill. And all delivered predictable statements.

Joe Neville, executive director of the Keystone Trails Association, the state’s largest hiker group, said his members want one day to feel safe in the woods, without worrying about hunters.

Darrin Youker, state government affairs director for the Pennsylvania Farm Bureau, said that group opposes the bill as written, too. It could adopt a neutral stance, he said. But first lawmakers must amend the bill, including language requiring hunters get written permission before hunting private land on a Sunday.

Three others spoke in favor of the bill.

Dave Weber, state director for the National Rifle Association, called in “unfathomable” that the law prohibiting Sunday hunting remains on the books 337 years after its adoption, when America was still a British colony.

Jake McGuigan, managing director of state affairs for the National Shooting Sports Foundation, said numerous states eased their restrictions on Sunday hunting in recent years. Only Pennsylvania, Maine and Massachusetts remain behind the times, he added.

It was Harold Daub’s testimony that sparked outrage, though.

Daub is executive director of the Pennsylvania Federation of Sportsmen and Conservationists. He spoke not only on behalf of his own members, but for 20 other sportsmen’s organizations supporting expanded Sunday hunting, too.

And he told lawmakers the Farm Bureau is stalling.

He suggested the Farm Bureau, representing fewer than half of all farmers in the state, is making an issue of written permission in hopes of bogging Senate Bill 147 down. Its hope, he said, is that lawmakers will deadlock on the issue and fail to move the bill forward, forcing proponents to start all over again with a new proposal in the next legislative session starting in 2021.

That leaves lawmakers at a “critical decision point,” one impacting how they are remembered by history, Daub said.

“Is the Pennsylvania Farm Bureau bullying you as legislators into playing their game of running out the clock?” he asked.

That set some lawmakers off.

Rep. Dave Maloney, a Berks County Republican, chastised Daub – and to a lesser degree Weber and McGuigan – on a variety of subjects. They ranged from neither mentioning nor supporting his legislation requiring school districts to make space available for hunter education classes to criticisms of the Auditor General’s review of the Game Commission.

But he especially objected to what he called “problematic” attacks on the Farm Bureau, and to the “outrageous” notion that he or any other lawmaker might allow themselves to be bullied.

He’s attended hundreds of hearings since first being elected to the legislature, he said. This was the first, he added, were one testifier attacked another.

Such “disgraceful” behavior could impact whether he supports Senate Bill 147, he added.

“This morning I came in here as a yes vote. I was a yes vote last session,” Neilson said. “It’s going to be hard for me to cast that yes this year, just for the fact that someone says I’m getting bullied.”

Daub responded by saying he did not intend to insult lawmakers.

But, for example, he said Farm Bureau leaders pressured the Federation’s president to fire him.

One lawmaker defended him.

Rep. Barry Jozwiak, a Berks County Republican, argued there’s passion on both sides of the issue. And it’s OK for opponents to criticize the stance taken by other organizations.

Hearings like this week’s are “the place where you gotta say what you feel,” he noted. And, he added, lawmakers need to hear those opinions.

“And I think it was done respectfully. Although people here disagreed, I think everyone had to say their piece,” Jozwiak said.

As for what it all means aside from emotions and intentions, it’s clear Sunday hunting faces hurdles in the House.

McGuigan said adding Sundays to seasons probably won’t boost hunting license sales. But, he added, adding opportunity in other states has slowed declines in participation. And he said no state adding Sunday to the hunting calendar has since reversed course.

Sunday hunting will bring additional revenue to the state, he suggested, though Neville countered by saying losses from hikers staying home will offset that.

But no one has any recent numbers, on either side, to definitively say what the impact might be.

So it looks as if the Farm Bureau’s insistence on written permission is the main sticking point.

Several lawmakers asked questions about that.

One, Rep. Bill Kortz, an Allegheny County Democrat and minority chairman of the committee, asked Youker if the Farm Bureau would take a neutral stance on Senate Bill 147 now, with the promise lawmakers will address the written permission idea later, in another bill.

“Is this absolutely a line drawn in the sand with this written permission? Is it all three or nothing?”

Rep. Clint Owlett, a Tioga County Republican, asked the NRA if it would agree to a written permission amendment to the bill, perhaps based on the permission form on its own website.

Weber said he couldn’t agree to anything until he saw a written proposal.

So, in the end, it seems if hunters want Sunday hunting, they need to say so.

Rep. Kyle Mullins, a Lackawanna County Democrat, said lawmakers will vote how they want on this issue, without regard to party lines. He’s a tentative yes, he noted.

But many remain on the fence. They have yet to make up their minds. As a result several said their votes it will come down to majority rule, based on what their constituents back home want.

“I want to be able to vote my district,” Owlett said. “And I would encourage everybody to vote their districts on this.”