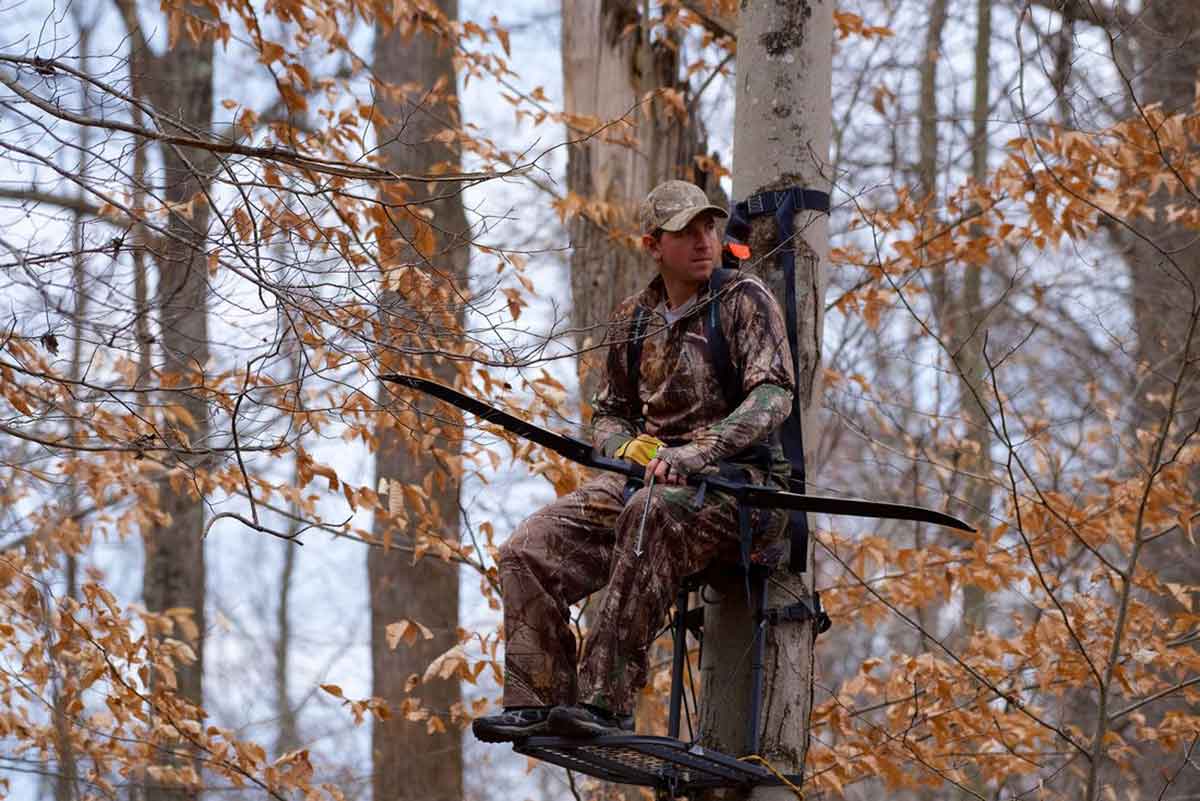 Archers might get one Sunday to hunting in Pennsylvania.
Photo: West Virginia DNR

Expanded Sunday hunting is one step closer to coming to Pennsylvania.

But not without hunters having to make yet one more concession.

The House of Representatives game and fisheries committee on Monday approved Senate Bill 147. It allows hunting on three Sundays. One is in the statewide archery deer season, one in the statewide firearms deer season and one on a Sunday chosen by the Pennsylvania Game Commission.

Before that, though, Rep. Bill Kortz, an Allegheny County Democrat, amended the bill. Now, hunters get written permission before hunting on private lands on Sundays.

Those caught out without permission would be subject, under new law, to fines of $250 to $500.

That’s something leaders of the Pennsylvania Farm Bureau – the largest and staunchest opponent to expanded Sunday hunting – wanted, and lawmakers gave it to them.

That continued a trend.

Senate Bill 147, as originally written, simply removed the state’s centuries-old prohibition on Sunday hunting. The Game Commission would have decided which Sundays to include in seasons.

But the Farm Bureau wanted three concessions before taking a neutral stance on it: limiting Sunday hunting to three days; increased trespass law enforcement and penalties; and the written permission rule.

It got the first two in the Senate.

Sen. Dan Laughlin, the Erie County Republican who sponsored the bill, did not agree to the third, though. And so the Farm Bureau –as recently as a public hearing before the House game and fisheries committee in September – continued opposing the bill.

Monday’s vote is enough for it to finally go neutral.

That will stay the case, said Bureau spokesman Mark O’Neill, so long as the bill retains its current language.

“If additional amendments are added to the bill, Farm Bureau will evaluate those amendments on a case-by-case basis to determine how they stand with our policy. After that analysis, Pennsylvania Farm Bureau will decide if a change in position is necessary,” he said.

Sportsmen, for their part, are glad the bill is at least going to the full House.

Hunters United for Sunday Hunting executive director Kevin Askew said getting to this point has been a nearly 20-year fight.

“It is time to stop the stupidity of an archaic blue law from 1682 and move Pennsylvania wildlife management into the 21st century standards,” he added. “We hope the advancement of Senate Bill 147 through the legislative process is a sign and a signal that legislators are listening to conservationists and hunters, not only in the aspect of wanting more time afield but also what we contribute to wildlife management and the Pennsylvania economy monetarily.”

Harold Daub, executive director of the Pennsylvania Federation of Sportsmen and Conservationists, applauded the committee vote on two fronts. It advances Sunday hunting, of course.

But, he added, it also shows the power of sportsmen if they organize.

More than 20 conservation organizations working together pushed the bill through the legislature.

“The House committee vote is just an example of how this collaborative work is paying off. Through our combined efforts legislators are becoming more educated and aware of the role hunter/conservationists play in wildlife management efforts in Pennsylvania,” he said.

As for the written permission amendment, Daub already advises students in his hunter education classes to do just that. So he has “no issue” with that language.

That said, “it is time to pass this historic legislation,” he added.

“I am hopeful there will be no additional amendments,” Daub said.

The full House of Representatives is in voting sessions for 15 days through Dec. 18. If members pass Senate Bill 147, it goes to Gov. Tom Wolf for his signature.

Game Commission officials say there’s no time to add Sundays to seasons before the 2020-21 license year, though.