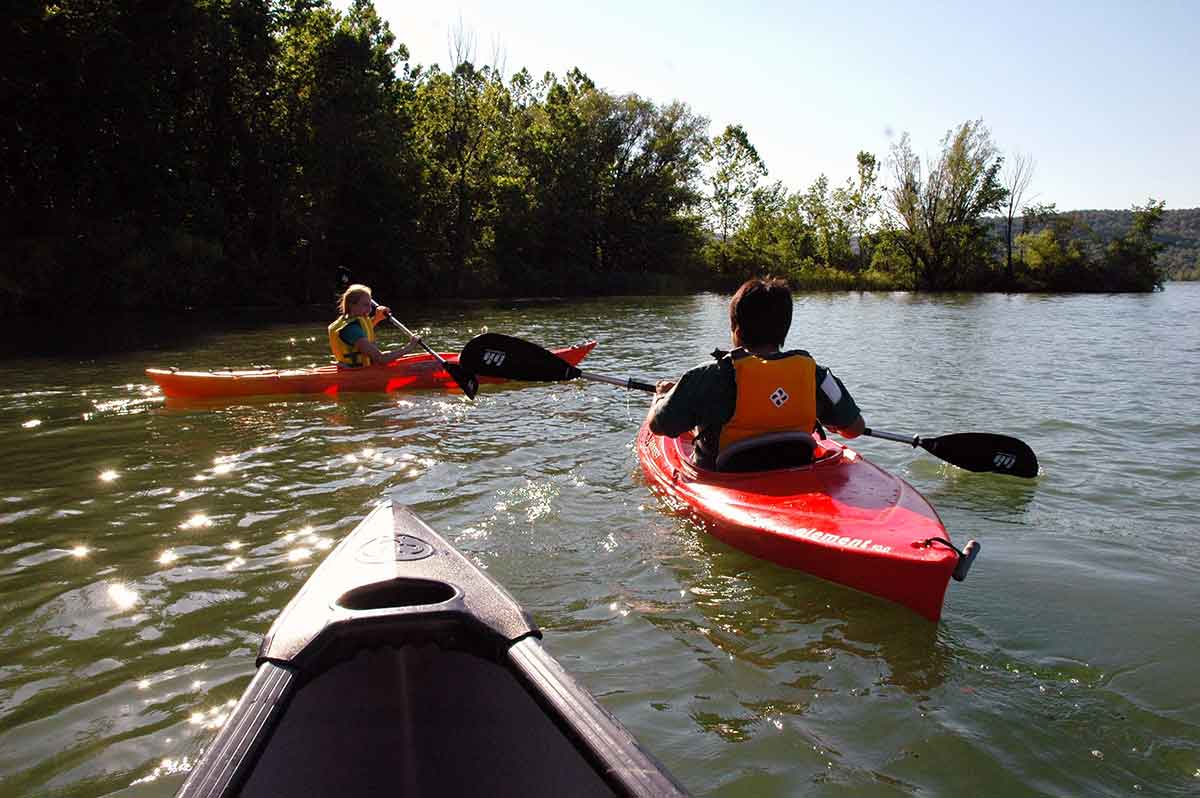 When I and some others used to teach boating safety to our troop of Scouts, and talked turned to hazards on the water, we offered that as one piece of advice.

The initial look we got was usually one of confusion.

Paddle any river or creek anywhere and eventually you’ll come upon a strainer. That’s the name for an obstacle – typically something natural, like a tree or root system, or manmade, like fencing or guard rails – that allows water to pass through, but traps everything else.

“Strainers have different appearances depending on their orientation in the water. A log underwater poses a significant hazard to a swimmer, but may be invisible until it is encountered. Other strainers at water level may look like a horizon line, or a linear pour-over,” says Swift Water Rescue.

In all cases, though, they work like a colander handles spaghetti. They allow water to escape while pinning the noodles in place. 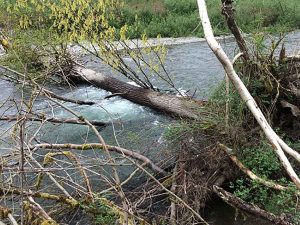 Strainers dan be obvious or hidden.

Paddlers who get swept into strainers are generally pulled under water, then held there – like so much spaghetti – by the force of tons of water following behind them.

In most other situations, wearing a life jacket on the water will save your life. Even paddlers wearing a floatation device sometimes drown in strainers, though.

So avoiding them is priority one.

“Strainers are always bad, so make sure you stay well away from them,” suggests paddleeducation.com.

The worst strainers are oftentimes located in specific places.

“The most dangerous strainers occur on an outside bend of the creek, where the water volume and current are greater,” says Pennsylvania’s Department of Conservation and Natural Resources.

But they can be anywhere. And they often hide from view.

Some strainers are obvious, with much of a fallen tree visible above the water. But others are more subtle.

They’re potentially just as deadly, though. So when in doubt, pull to the river’s edge and give what might be a strainer – or any hazard for that matter – a good look. Then, figure out how to go around it.

The alternative is challenging, to say the least.

If you realize you’re about to be swept into a strainer, perhaps outside your boat, saving yourself requires some dexterity and more than a little luck.

According to Swift Water Rescue, it’s critical that don’t get be swallowed up by a strainer. Instead, it recommends that you get on your stomach and swim as fast as you can toward the strainer.

Then, at the exact right moment, you are to pull yourself up onto the strainer with your arms while simultaneously kicking at the water with your feet. The idea is to pretty much vault yourself up and over the obstacle.

Even Swift Water Rescue – which trains first responders to deal with strainers and other hazards – says no one should practice the maneuver outside of a “controlled environment.”

So the best thing to do this boating season is just avoid strainers, avoid becoming spaghetti, and stay alive.

“Remember, safety on our rivers and streams depends on developing a respect for the power of water,” says the Pennsylvania Fish and Boat Commission.