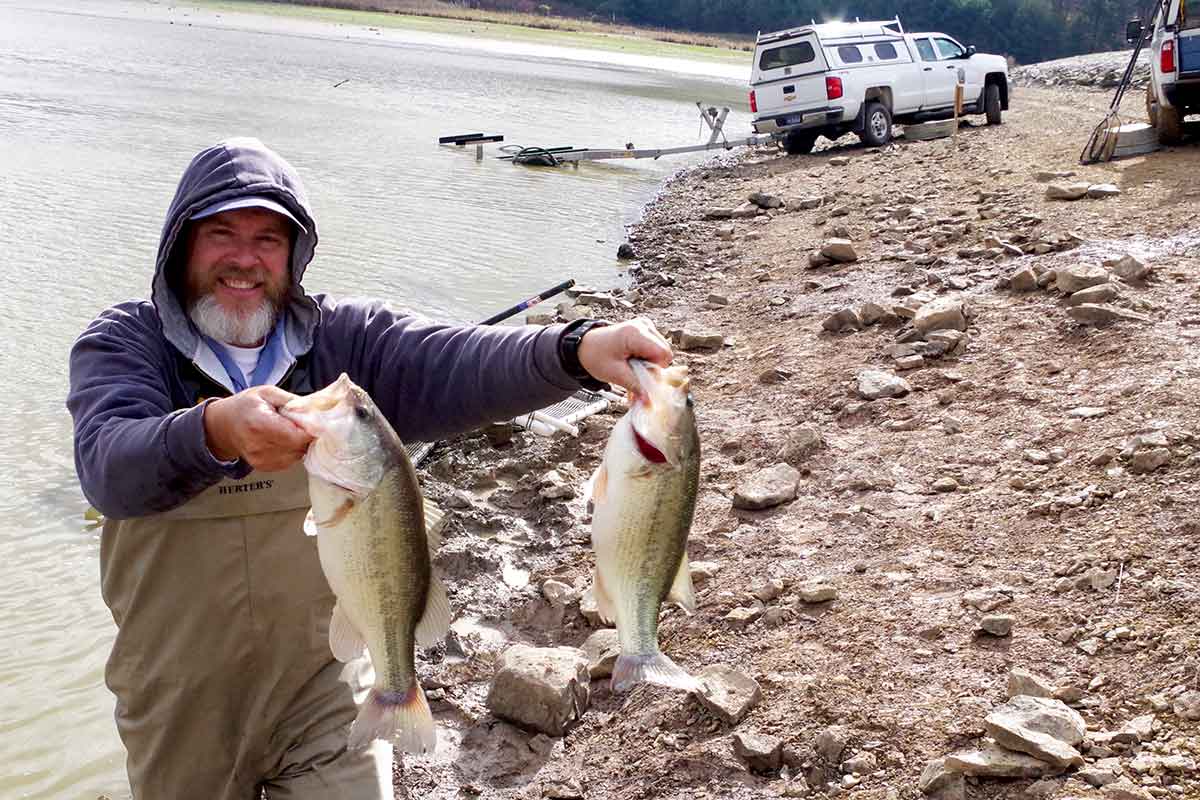 It took a lot longer than expected to get here.

Pennsylvania Fish and Boat Commission last month began efforts to completely drain the lake. It was done incrementally, at a “manageable pace,” to get to where it is now, which is empty enough that work to rebuild its dam can begin.

“The project involves building a new spillway, raising the elevation of the top of the dam, and making repairs and improvements to the dam and the structures used to control the water level,” the commission said in a statement.

That’s all to bring it into line with state Department of Environmental Protection safety guidelines.

Estimated cost of the work is about $8 million.

If all goes well, the lake will re-open to public use in fall of 2021, two more years from now.

Until then, the lake bed is off limits to the public.

“As the project moves forward, the public is asked to keep a safe distance from all construction areas,” the commission added.

The land that surrounds the lake, managed for hiking and other uses as a park, remains open to use.

That work to rebuild the lake is surely welcomed as good news by anglers. They’ve waited on it for a while now.

The commission partially drained Somerset Lake was back in 2012 to reduce pressure on the faulty dam.

It still allowed fishing, but it was difficult. Anglers carried cartopper-sized boats – canoes, kayaks, rowboats and the like — to the lake. But the drawdown left the launch high and dry, making it inaccessible for larger boats.

That’s how things stayed until October of 2017, when the commission initiated a further drawdown. It conducted a fish salvage then, capturing and removing as many species as possible.

The haul was impressive.

Biologists gathered fish of all kinds, including “more than quite a few” walleyes exceeding 25 inches and 10 pounds. They also collected muskies in the 40-inch class, some nice largemouth bass and more.

It moved those and the other fish captured to other lakes.

The commission planned to start work on Somerset Lake’s dam shortly thereafter, in spring of 2018. But delays in securing permits delayed everything.

It finally has those in hand and is ready to get moving.

When the commission’s contractor rebuilds the dam, it will allow the lake to refill naturally. Biologists will then develop a plan for restarting its fishery.

That will, the commission said, involve stocking fish in the lake. No details on just what fish will be released are known.

The commission expects to stock some of those again.