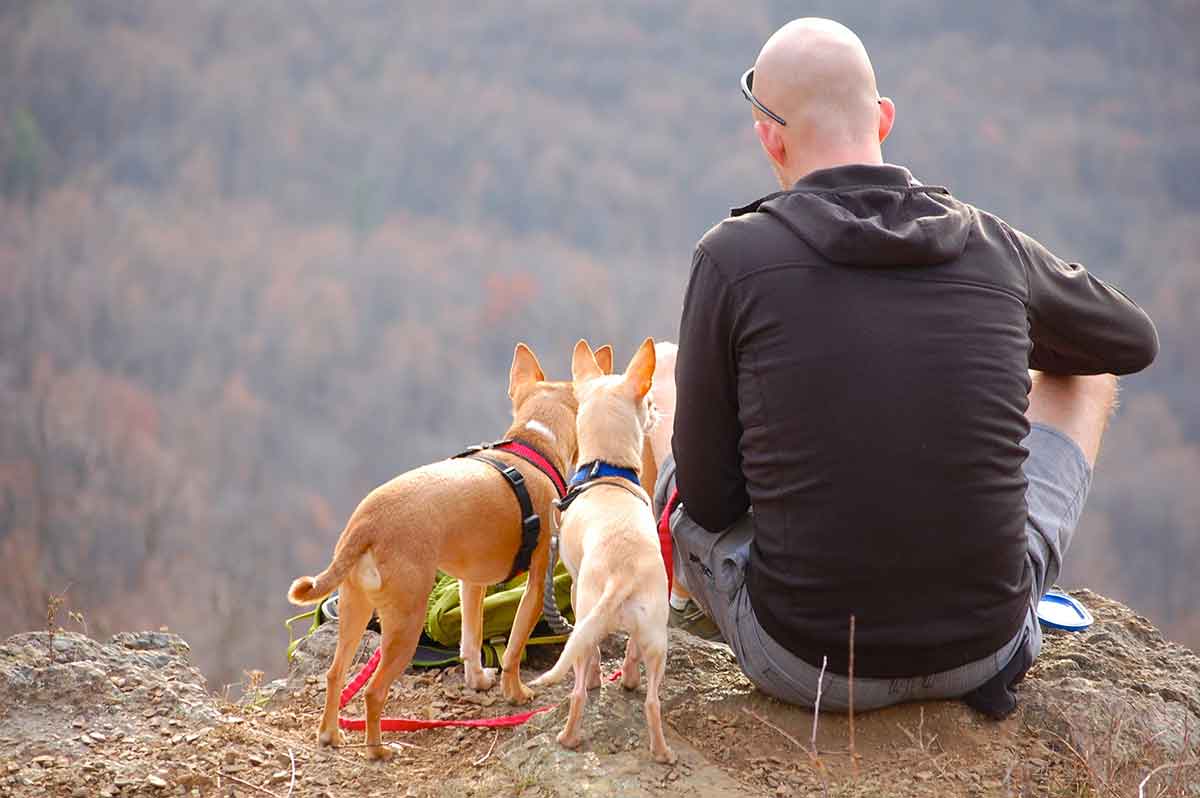 Hiking with dogs is fun. But being prepared to handle a snake bite is important.
Photo: Pixabay

It’s been the summer of the snake for one man.

We met a couple of weeks ago, via a business transaction. After our deal was done, we got to talking about shared interests, among them hiking.

He roams the woods with his two dogs, at least one of which tops 100 pounds.

And the places he travels – state forests and parks – tend to the rugged and remote. Encounters with wildlife are expected.

But this season, he’s eight times – eight – come across timber rattlesnakes. So that got him thinking about what he could or should do if a rattlesnake were to bite one of his dogs miles from the truck.

After all, as hikers, we spend a lot of time – and rightfully so – making sure we’re equipped to take care of ourselves when trekking.

But we need to spend just as much time preparing our canine companions for adventure.

Snake bites are one scenario that deserves some forethought. Though rare, they are potentially deadly.

That’s especially true because of where dogs tend to get bitten.

A bite to the foot is one thing. But many dogs get bitten on the nose or face as they try to sniff a snake, said the experts at Tenaker Pet Care Center in Colorado.

And that’s trouble. The concentration of blood vessels near the eyes, mouth and ears allow venom to spread quickly.

Likewise, bites to the chest are trouble because of their nearness to the heart and vital organs.

Still, no bite need be fatal, provided you consider some do’s and don’ts.

First, do immediately get your dog away from any snake, in a way that doesn’t put yourself at risk. Then, says the Southern Arizona Veterinary Specialty and Emergency Center, call your vet.

Not every veterinary office has antivenom on hand. The sooner you can alert an animal hospital to what you need, the sooner they can make sure to either get it or point to you to someone who already does.

“The faster your dog can get the anti-venom and other emergency treatment from the vet, the greater their chance of survival,” agreed Adopt A Pet.

Do keep the snakebite wound below heart level. The goal is to keep the infected blood away from the heart for as long as possible.

Don’t panic, or allow your dog to do so. Instead, keep the dog calm. According to Adopt a Pet, keeping a dog’s heart from racing slows the flow of blood through their system, thereby limiting the spread of the venom.

Do, if possible, carry the dog back to your vehicle.

But don’t apply either ice or heat to the wound. Similarly, don’t use a tourniquet.

“Using a tourniquet can contribute to tissue death,” said the vets at Southern Arizona. “By restricting blood flow near the bite, the venom is concentrated in one area and the blood there is not oxygenated, which can lead to necrosis.”

That’s the death of cells.

And finally, don’t base your sense of urgency on getting help on the size of the rattlesnake.

Twenty-five percent of rattlesnake bites are “dry,” meaning the snake released no venom, said Tenaker’s vets. But that’s not a function of small snakes not being able to do harm.

In fact, the opposite is true.

“Do not consider baby rattlesnakes less of a threat. Baby rattlesnakes can release more venom than an adult because controlling the amount of venom they release is a skill they develop over time.,” Tenaker said.

Still, snake bites need not prove fatal for our dogs. But if you take tour canine buddy into the woods, you have to be prepared to make sure he or she gets back out alive.

The American Red Cross has a list of items every dog owner – and pet owner in general, for that matter – should keep in a home first aid kit.

It’s comprehensive, and quite frankly too big to carry into the woods,. But pet owners can pick and choose from among those items when going on a hike.