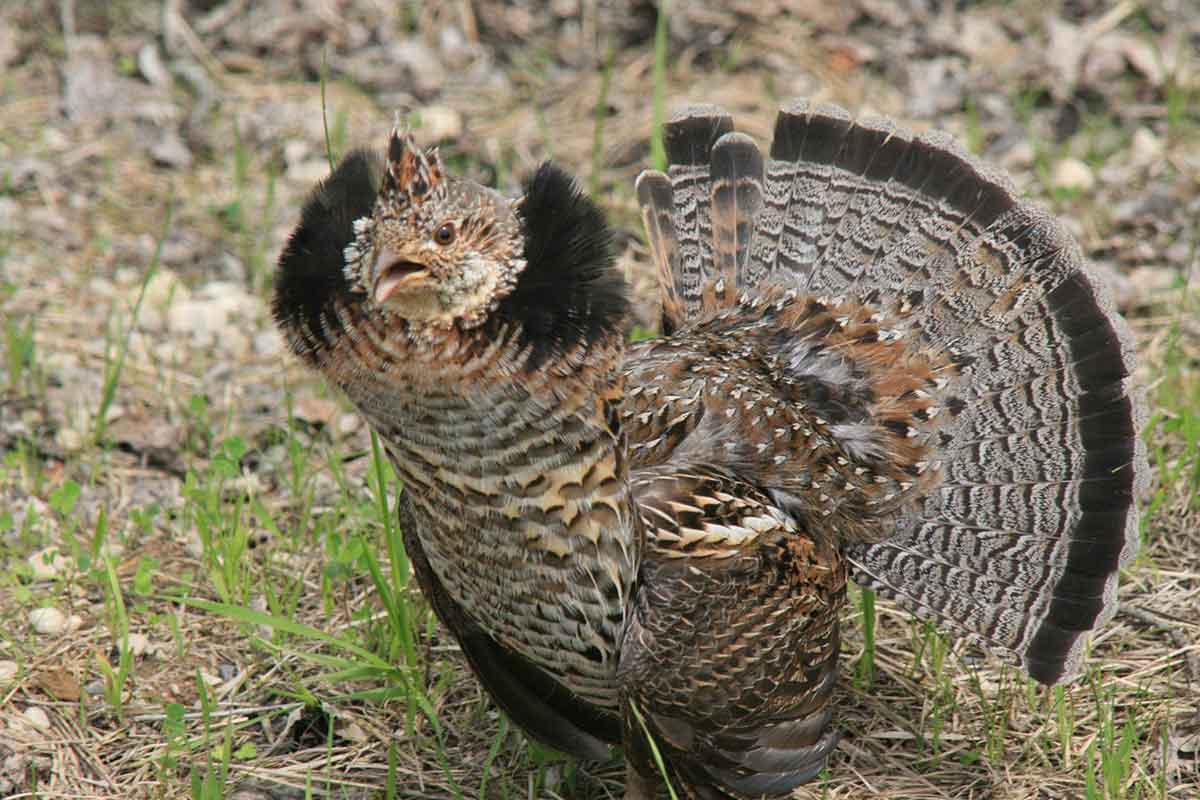 There’s not a lot that’s positive to report right now when it comes to ruffed grouse.

Populations of the forest-dwelling bird appear to down throughout the Northeast and Midwest, according to reports from wildlife management agencies from Maryland to Michigan and all points in between.

The Ruffed Grouse Society, for example, holds a “national grouse and woodcock hunt” each fall in Minnesota. This year, the expectation was that grouse numbers were up, at or near the peak of a multi-year cycle.

Yet, the Society reported, the total grouse harvest was down over 2017. Worse still, the proportion of immature birds to older ones – an indication of recruitment and survival – was the lowest in 37 years.

Sightings of grouse in West Virginia, meanwhile, were pretty dismal in 2017. They were even worse going into last fall’s hunting seasons, according to media interviews given by Mike Peters, a game bird biologist with the state’s Division of Natural Resources.

He blamed the admittedly “depressing” situation on two things.

The first is lack of habitat. Though the state is heavily wooded, too little of it is the young forest stage grouse need.

Ongoing research by the Pennsylvania Game Commission shows a relationship between high rates of West Nile and falling grouse numbers.

Other states are looking for a similar connection.

They are, at the least, already finding sick birds.

Wisconsin – which with Minnesota and Michigan is sampling hunter-killed birds – confirmed its first case of the disease in the birds this winter, too.

All three states expect to release results of further samples by this summer.

If Pennsylvania’s experience is any guide, the news may not be good.

Lisa Williams, the Game Commission’s grouse biologist, said in January that 2018 seemed a bad one for West Nile. But preliminary monitoring suggested grouse might have handled that pretty well.

That turned out to be wrong.

According to the state’s departments of Environmental Protection and Health, 2018 was the worst ever for the mosquito-borne disease. And grouse suffered accordingly, Williams said.

A cadre of roughly 3,000 grouse hunters record flush rates each year. They reported 22 percent fewer statewide in 2018 than 2017, Williams said.

The reported the steepest declines in the state’s southern tier. But things were bad all over.

“We found West Nile on every state game land we looked at everywhere, and those were in every region of the state,” Williams said. “So I guess it shouldn’t be a surprise that our hunter flush rates were extremely poor this past season.”

Pennsylvania isn’t alone in suffering that way. Williams said there have been “steep and region-wide declines” in grouse populations from West Virginia and Virginia to Maryland, Kentucky and North Carolina.

Despite all that, there’s some hope the birds will hang on and even recovered.

“You see that when the birds get a break from the weather, they are still a highly productive species and they can come roaring back. So there’s our silver lining,” she said.

But creating habitat will be key, she said. It’s only where the birds have lots of it that they can withstand disease.

Grouse biologists from across the country at a national summit identified creating habitat in “priority” or “focus” areas – places that still have decent numbers of birds – as the most important goal to tackle, Williams said. That was in 2016.

Work to implement it is now ramping up.

In Pennsylvania, the Game Commission collected information from hunters over the past six years, documenting where they shot grouse. It can pinpoint that down to the township level, Williams said.

At the same time, the commission has data from Christmas bird counts and similar efforts. It shows the location of birds that perhaps aren’t being hunted.

The commission is using that information to decide where to focus habitat efforts. It’s sharing the data with the state’s Department of Conservation and Natural Resources and non-government landowners so that they can do the same on their lands.

Other states are already a bit further behind, but expected to start doing the same soon, Williams said.

“We need to support those strongest populations during this time of change,” she added.

The agency eliminated the post-Christmas hunt on an emergency basis in 2017-18. It kept it closed in 2018-19 and is closing it for 2019-20, too. That protects the grouse breeding population, largely made up of older, more productive birds, Williams said.

“The question now is, if this continues to get worse, do we need to consider other options besides just the length of the late season,” she added.

Some hunters are already lobbying for additional season closures, she said. She would prefer to give the model used for setting seasons more time to work, she said.

She is, though, examining it to see if additional triggers need to be added.

There’s a lot to look at in the coming year, she noted. Commission staff is doing a lot of behind the scenes work for grouse already, and more is coming.

“We’re not just going to stand pat and wait to see what happens next year,” Williams said.