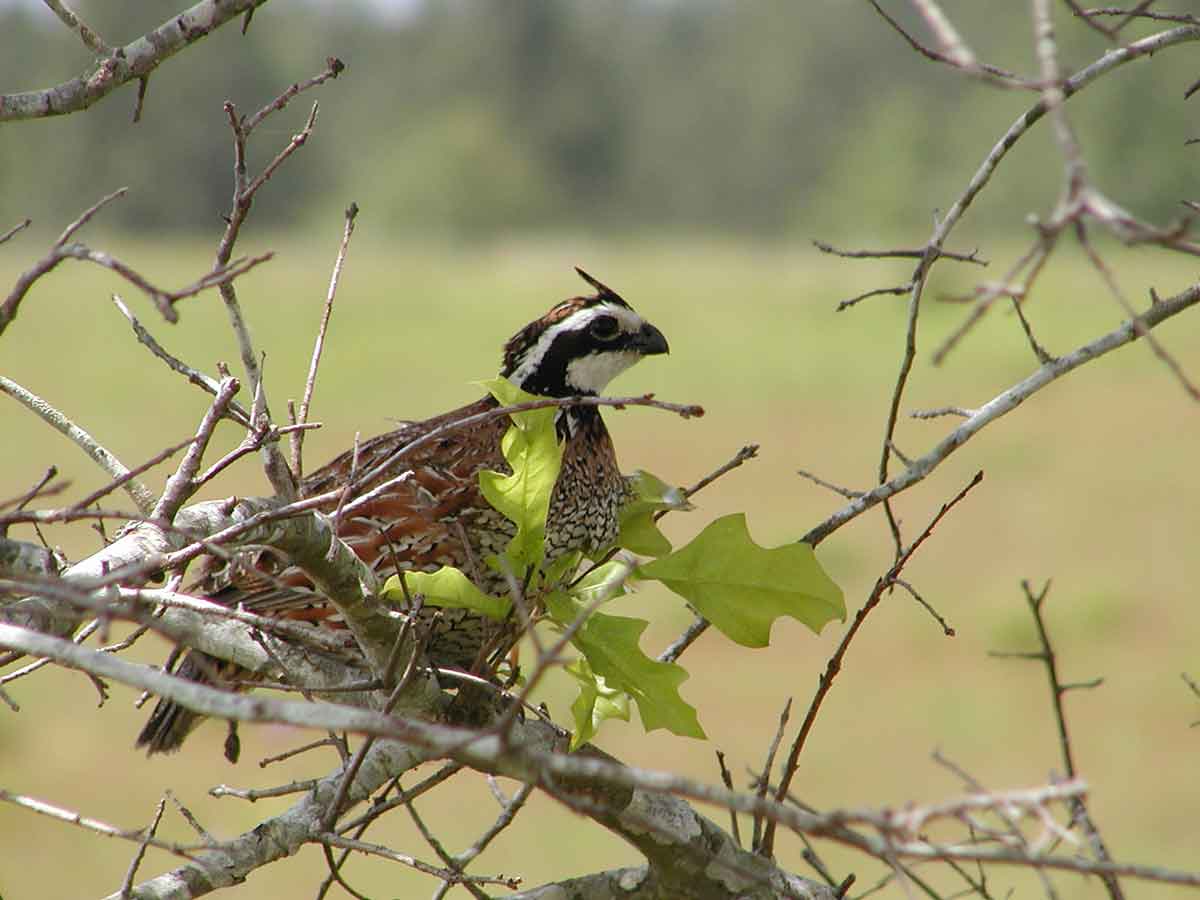 Bobwite quail populations are contracting nationwide. But there remains hope for a brighter future.
Photo: US Fish and Wildlife Service

Progress is being made, and a recent change in policy offers hope for more.

But this is going to take more time that perhaps thought.

Wildlife managers kicked off an effort to restore bobwhite quail populations nationwide 25 years ago. The National Bobwhite Conservation Initiative, a strategic plan for meeting that goal, followed in 2002.

The Initiative recently released its 2019 report, looking at where things stand.

What’s clear is that challenges facing bobwhites two-plus decades ago remain. And, in some ways, they are growing.

A big part of the restoration plan, for example, calls for taking birds from where they are plentiful and moving them to where they aren’t. But such “translocation” requires lots of birds in places and ideally at least some “seed” birds in others.

And both are in shorter supply than ever.

“The stakes get higher every year. The occupied portion of the bird’s historic range continues contracting and fragmenting. Conversely, the potential restoration sites that no longer have a viable population of wild birds to build upon increases in direct proportion,” reads a portion of the report written by Initiative director Don McKenzie.

Still, there is some good news.

One big piece relates to habitat. The federal 2018 Farm Bill contains what McKenzie termed a “profound victory for the long-term future of bobwhites and grassland wildlife.” Namely, it calls for using native vegetation – the kind quail need – when planting fallow land for the sake of wildlife.

That’s a noteworthy first because, as wildlife managers across the country are finding out, restoring quail takes lots of the right kind of habitat.

The rise of bobwhite quail and even pheasant populations in Pennsylvania, for example, took off in the 1950s and 1960s because federal set-aside programs paid farmers to leave some land fallow, said Pennsylvania Game Commission quail biologist Tom Keller. That provided great nesting and brood rearing cover for the birds.

But, he said, when it disappeared, game bird populations crashed. At this point, Pennsylvania has no wild quail left within its borders. The commission declared them extirpated several years ago.

So recreating habitat is priority one, he added.

“I think some would believe you just need the wild birds and they come back. And that’s just simply not the case,” agreed Bryan Burhans, executive director of the Pennsylvania Game Commission.

It started preparing for that in 2017. And going into 2019, it had removed 450 acres of overstory and treated another 1,200 with prescribed fire, 30 with discing and 50 with herbicides.

But that’s not nearly enough, Keller said. So now it’s not expecting to bring birds in from other states – being the first to use the Initiative’s new, peer-reviewed translocation guidelines – before 2023 or 2024.

“You just can’t get habitat on the ground that quickly, particularly on the size scale we’re working on,” he added.

Lots of other states are in the same bind.

But they’re trying to turn the corner. According to the report, 23 state wildlife agencies reported doing bobwhite quail habitat management work in 2018. That totaled 3.76 million acres.

“Total acreage was down from the record 3.9 million acres (in 2017), but the number remains high, a reflection of state coordinators continued recognition of the many efforts by partners to put habitat on the ground,” the report noted.

And at least some of that is paying dividends.

The Conservation Initiative in 2013 announced standards for bobwhite restoration success. On “coordinated implementation program,” or CIP, focal sites, the goal is 0.2 quail per acre of habitat.

That’s a minimum. Higher, huntable populations are the “gold standard.”

Some areas in some states are reaching and even exceeding that.

Biologists in Iowa, Kentucky, Missouri and Oklahoma report densities of between 0.3 and 0.7 bobwhites per acre on some focal areas. Some others have between 3 and 9 quail per acre. That’s according to the results of listening stations, where people count birds heard, the report added.

“These areas have the potential for excellent quail hunting,” it said.

So all that offers some hope for the future of bobwhites.

“In summary,” the report noted, “it is clear from the NBCI Habitat Inventory that state wildlife agencies and partners are continually working on the foundation of bobwhite populations, habitat management. Regardless of program size, land is being improved for the benefit of many species of wildlife, and in many cases, quail hunting is improved.”