How to use pup distress calls to target coyotes 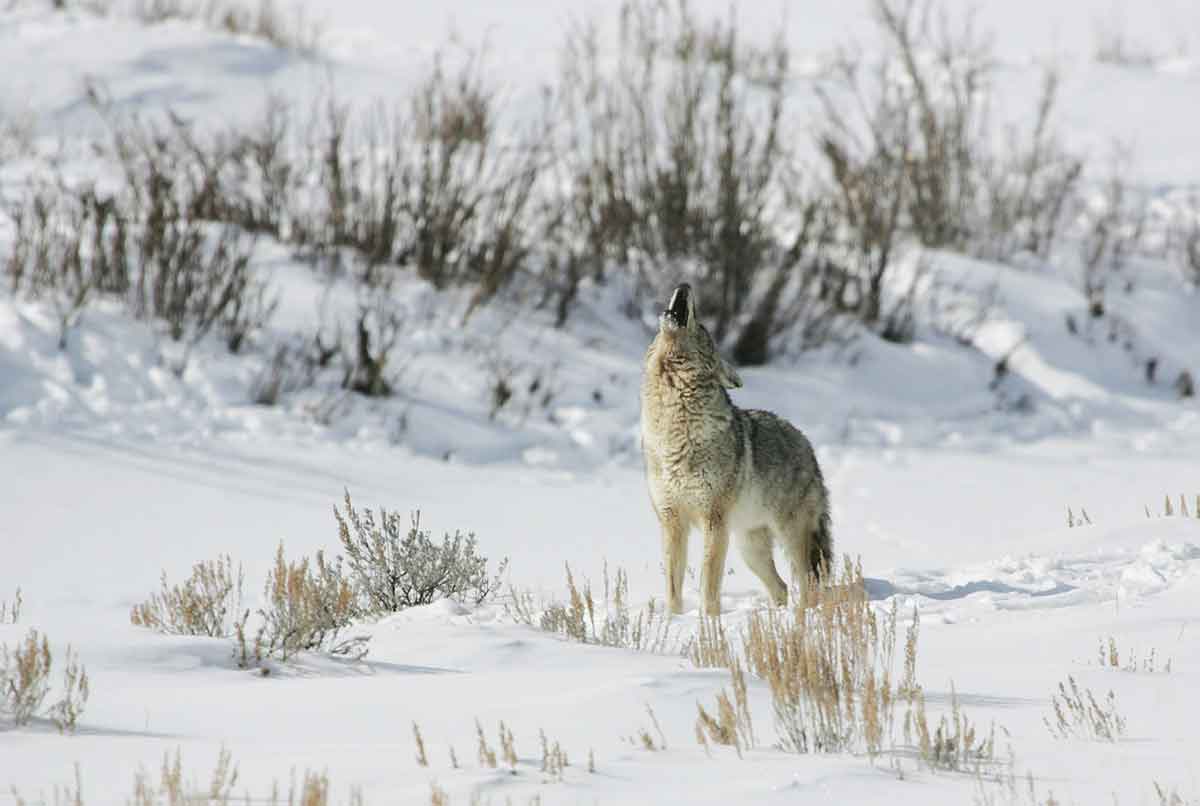 Coyotes are vocal animals that respond to a variety of sounds.
Photo: Pixabay

It’s not exactly going out on a limb to say Al Morris is a passionate predator hunter.

The three-time world coyote calling champion is one of the hosts of FOXPRO Furtakers on the Outdoor Channel. He travels all over the country for the show.

Watch the results. Chances are good you’ll eventually see this 300-pound, Utah born and bred mountain of a man with the booming voice make a shot, then start twirling his hips, pumping his fists and grunting through the “high five dance of freakin’ love,” whatever that is.

But more than once it cost him fur.

The camo-clad gyrations themselves weren’t the problem. It’s when he did them.

Early on, Morris admits, he called in and killed a lot of coyotes – singles and even pairs — then immediately started celebrating.

That, he says now, was a mistake.

Coyotes are social animals. Curious ones, too. Often they’re both.

Specifically, he makes pup distress sounds immediately after shooting. He doesn’t wait to see another coyote first. He does it right away.

“Why do I do that? Because if there’s multiple coyotes, they will show interest. They will stick around. They may come in,” Morris said.

Of course, shooting coyotes like that means first finding coyotes.

Morris does that by driving around the same places people hunt deer or turkeys or quail, howling every two miles or so. Sometimes he offers long howls, other times shorter ones with a few barks at the end.

“Anybody out there? I’m lonely. I really think that’s what they’re saying,” Morris said.

The more remote the places he gets responses the better.

He pointed to a recent trip to Pennsylvania. He was with his son, on a food plot about two or three miles back into the woods, hunting elk.

Not surprisingly, the coyotes were there, too.

“Where you can run around naked and nobody can see you, that’s where coyotes are living. Hunt those spots,” Morris said.

How he calls them varies by season. He breaks his hunting into three segments: fall, winter or the breeding season, and summer.

In summer and especially fall, when young coyotes are bouncing around “like pinballs in a pinball machine,” he uses prey in distress calls. He passes himself off as a cottontail or a woodpecker or something else.

“You don’t have to mimic a specific animal,” Morris said. “You just have to sound like something in trouble.”

In winter and the breeding season, he challenges coyotes. Particularly from the Midwest to the East Coast, where coyotes rarely struggle to find food even in winter, it’s more important to seem a trespasser.

“So you insert yourself into their territories,” Morrison said.

Single howls and female soar howls, especially high pitched ones, work for him then.

At all times, regardless of the season, he does two other things when calling.

First, he tries to sound “dynamic.” By that, he means rhythmic and sensitive.

“The more emotion you can put through a call, the more coyotes you’ll call in,” he said.

Second, he occasionally puts his calls away.

“Silence kills as much as sound,” Morris said, comparing predator calling to turkey calling. “You’re creating a scenario. You’re trying to tell a story with sound. And sometimes that story includes silence.”

If all goes well – if he locates coyotes, gets back in to where they live, and entices them to come in for a meal or to take on an interloper – he’ll get a shot.

But he won’t celebrate. Not right away..

He still dances when everything’s said and done. But not before rolling out pup in distress noises.

“If you leave s stand without playing coyote pup distress, and you know there’s coyotes there, you’re nuts,” Morris said.

Check this out, too: Think outside the box when calling coyotes