Living the dream as a professional angler takes commitment 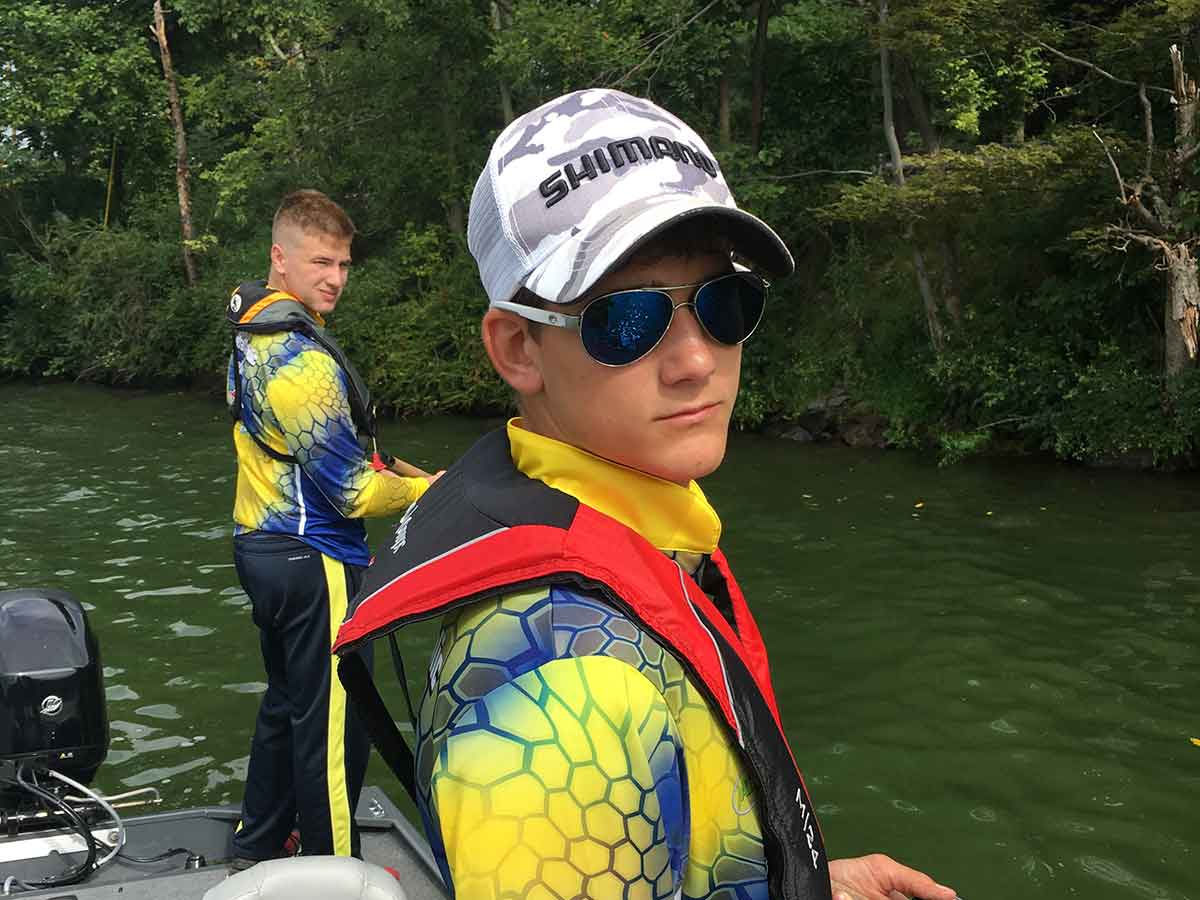 It’s not just about fishing.

Austin Aikins is good at that. The senior at Pittsburgh’s Central Catholic High School is one of two Pennsylvanians on the 2019 Bassmaster High School All-State Fishing Team.

It’s a collection of 62 of the best, most well-rounded anglers from around the country. Sponsors nominate teens based on their fishing skills and leadership in conservation and community service.

He’s a die-hard outdoorsman, fishing or hunting for whatever’s in season. And a good one.

“The thing that stinks is, I had like a 5-pound smallie on, and he jumped and spit it right in front of the boat,” Aikins said with a laugh. “And we were like five pounds from first place.”

Aikins is also a go-getter away from the water.

He not only started Central Catholic’s bass team – the only one of its kind in western Pennsylvania — but its fly fishing club, too. He also works on conservation efforts at Burrell Lake Park and the Allegheny River, stocks trout in local waters, and underwent Outdoor Odyssey leadership training.

That’s in addition to working part time and being an alter server and honor roll student.

“Not only does Austin have a great passion for fishing, but he is a role model for others. He works hard in school, volunteers, includes everyone, and is a positive role model for others in the sport of fishing,” said his principal, Tony Baginski, who nominated him for the all-state team.

He’s going to need all those attributes.

Aikins plans to attend the Pennsylvania College of Technology after graduation. The goal is to get an associate’s degree and become an underwater welder.

What he really wants to be is a professional bass fisherman.

“That would be my dream,” Aikins said. “If I could take things there, I would love that. That would be incredible.”

It’s possible. There are people who fish for a living.

But it’s not easy.

And it’s not just about fishing.

“For every one guy that makes it there’s probably 50 guys that don’t last,” said Mike DelVisco of Dadnridge, Tenn., who’s been fishing professionally for more than 30 years.

That’s not because they can’t fish. DelVisco says many are capable of competing on the highest level.

But there’s only one winner per tournament, added FLW bass pro Matt Becker of Jefferson Hills, another Pittsburgh suburb.

“You’re rarely going to win. There’s going to be 160 pros and there’s only one winner every event,” Becker said.

The top 60 get paid, so consistency is more important than just winning, he added.

But even then, payouts aren’t great, DelVisco added. Finishing 50th might earn an angler $10,000, he said. But entry fees and travel expenses might be $7,000. 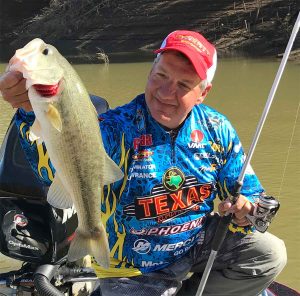 Professional angler Mike DelVisco believes it takes business smarts as much as fishing skills to succeed.

So margins are thin, he said. As a result, almost no one in the industry survives long-term relying on cash payouts.

“When you actually sit down and do the math, it’s not a great business plan,” DelVisco said.

Instead, what anglers do or don’t off the water matters.

He fishes 12 to 15 tournaments a year, spending 150 days on the water. But he spends as much time off it taking care of the business side of things. That means finding and keeping sponsors.

“The fishing aspect is what ties everything together,” DelVisco said. “But he promotional end is what the sponsors are attracted to and looking for. That’s really how you make a consistent living doing this.”

The thing is, sponsors – companies that supply fishing gear, but also cash – are hard to come by.

Like Aikins, Becker knew as a high school senior he wanted to fish professionally. But it took eight years to get there. Finances were one reason.

“That was always my biggest problem, I guess, being able to afford everything,” Becker said.

He financed last season, his first full time as a pro, on his own. It was only after winning the rookie of the year title on the FLW circuit’s highest level that sponsors came knocking.

Now, they supply all his gear and pay him, too.

“And it’s looking better for next year, as well,” Becker said.

Not all are members of the relatively small fishing industry. “Endemic” sponsors – companies making rods, reels, baits and the like – are few and everyone’s chasing their same money, he said.

It’s why one of DelVisco’s title sponsors for the past 16 years is Texas Roadhouse, the restaurant chain.

Few anglers have out-of-the-industry deals older, he said. His lasats because he and Texas Roadhouse support each other, he said.

The restaurant pays him, but he spends time in its stores, doing meet and greets with fishing fans, giving away prizes and the like. One of his main calling cards is a program where he gives children cane poles and teaches them how to fish with them.

Customers can’t get that at an Applebee’s or an Outback Steakhouse, he said. So it sets him and Texas Roadhouse apart.

“One great piece of advice I got years ago was to make yourself a little bit different. The young kids trying to break in today, that’s what I’d tell them, that they need to figure out their niche in the industry and figure out what makes them different,” DelVisco said. 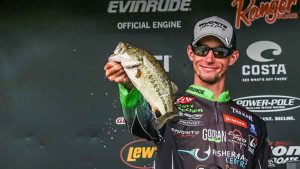 Sacrifice is important, too, Becker said. He often skipped nights out with friends to save his money for to fish or to get up early for a tournament, he said.

Even now, with all his success, he still works refurbishing copiers for the same company that hired him right out of high school.

“That’s not so much for the money as it is because they help pay for my health insurance,” Becker said. “They let me work around my fishing, so it would be silly to quit.”

And last year, for the first time ever, he finally made more money fishing than working. So he’s happy with his career.

Aikins is ready to follow. He’s been fishing as long as he can remember. If he can someday do it for a living, he will.

And if not, underwater welding should at least take him to areas with lots of big fish.

“If I could catch a 10-pound bass in California, I’ll be happy,” Aikins said.

Being a professional angler means a life lived on the road

So you want to fish for a living?

For every minute spent on the water, professional anglers drive hours getting from lake to lake. Matt Becker covered 40,000 miles last year alone.

“Lots of driving. Lots of nights away from home,” he said. “It’s hard.”

That takes a financial and physical toll. He often teams up with other anglers to rent homes via Airbnb because it’s cheaper than hotels. That also makes eating a little healthier, as they can sometimes prepare their own food.

And that’s just life during the fishing season. In the “off” months, it’s all about traveling around doing sports shows, seminars and the like.

“It might be two and a half months, maybe three months tops. But there’s something going on every single week at a different place in the country,” said Mike DelVisco.

He might in Iowa one week, Florida the next, then Texas and New York.

DelVisco’s specialty at such events is teaching people to use high-tech sonar devices to find fish. It’s something unique and in demand. He filled his schedule for the coming winter already.

But living a nomad’s life takes some organization.

“Some people just aren’t suited to be gone that long,” he said. “But I make pretty good use of my time.”