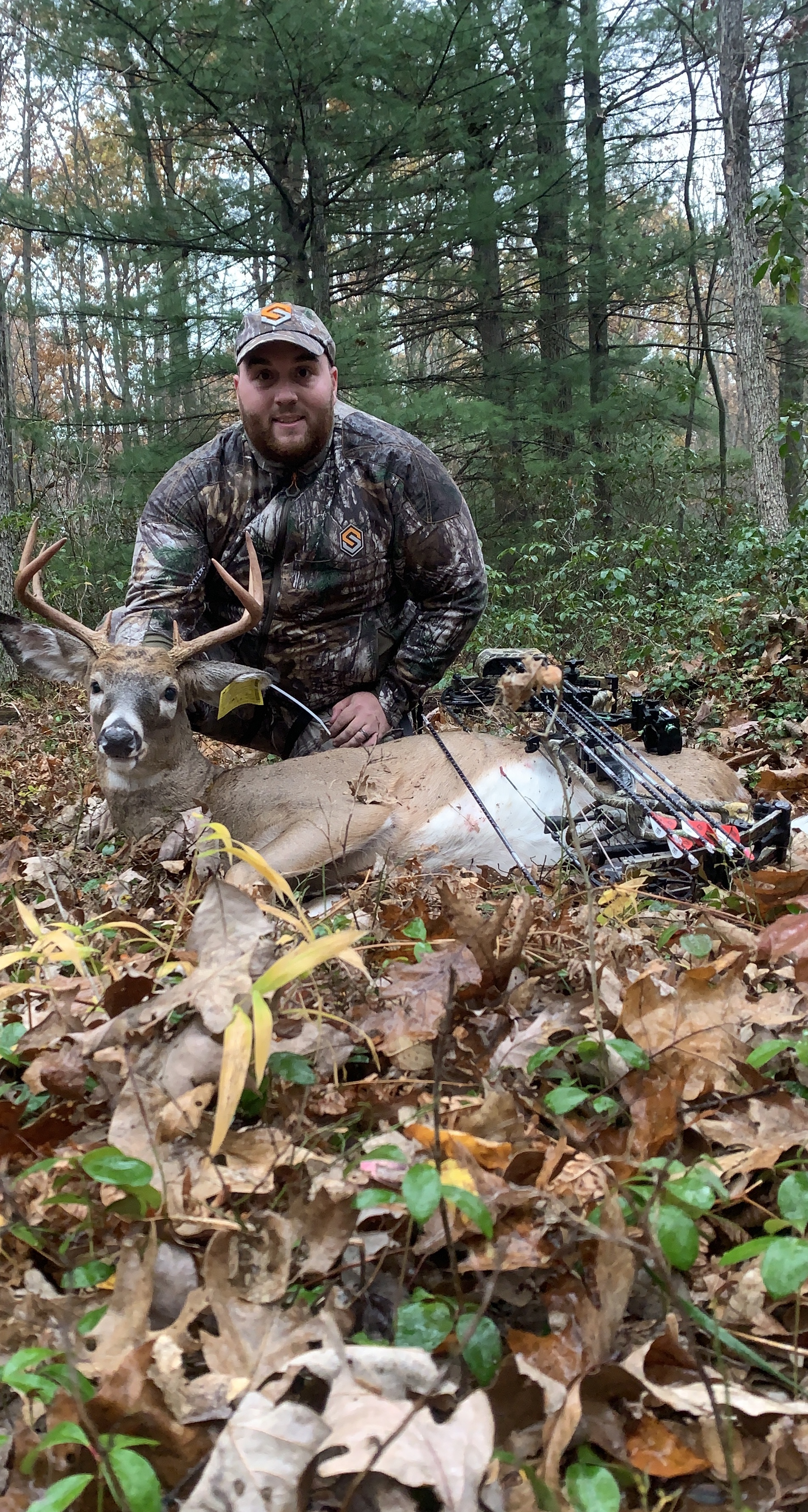 It was October 26, 2019. Pre rut was in full swing. Scrapes were opening up everywhere and there was a storm that was supposed to hit at dusk that evening. I hunt mostly public ground in north central pa. There’s an area that I found last year that I had left alone until pre rut. A primary scrape area with good security cover. With the storm front approaching, I decided this would be a good time to hunt this spot for the first time. I got set up in a tree by 3:45 pm, I was a mile in. At 4:10 light rain started so I strapped my tree umbrella in. At 4:14 pm, I hear leaves rustling to my right. I look and I see a nice left main beam of a buck with 3 points coming off of it. I stand up as he is walking behind a tree in front of me, and he stops 30 yards in front of me to work a scrape. I draw back, and as I get to full draw, he stops and looks at me. By that point it was too late. I let it fly and end up spine shooting him. Within 10 seconds I get a second arrow in his lungs, and he is done! That all happened within 10 seconds from sight to death! What a great experience! About that time the time the rain starts picking up. I get down, tag him, get some pictures, then begin a mile drag out of the woods. I would do it all again in a heartbeat though. He ended up being a 2.5 year old 85”, 14” inside spread 8 point buck. I will be going for a 100” and/or 3.5 year old bow buck next season. A lot of people put their eggs in the rut basket of random movement, but during the pre rut, buck movement is more patternable, less random and elevated by good weather fronts. Pre rut is quite possibly the most underrated time to buck hunt. People know bucks can be killed then, but don’t realize how high that their chances are. This was a great hard earned public land buck for me.