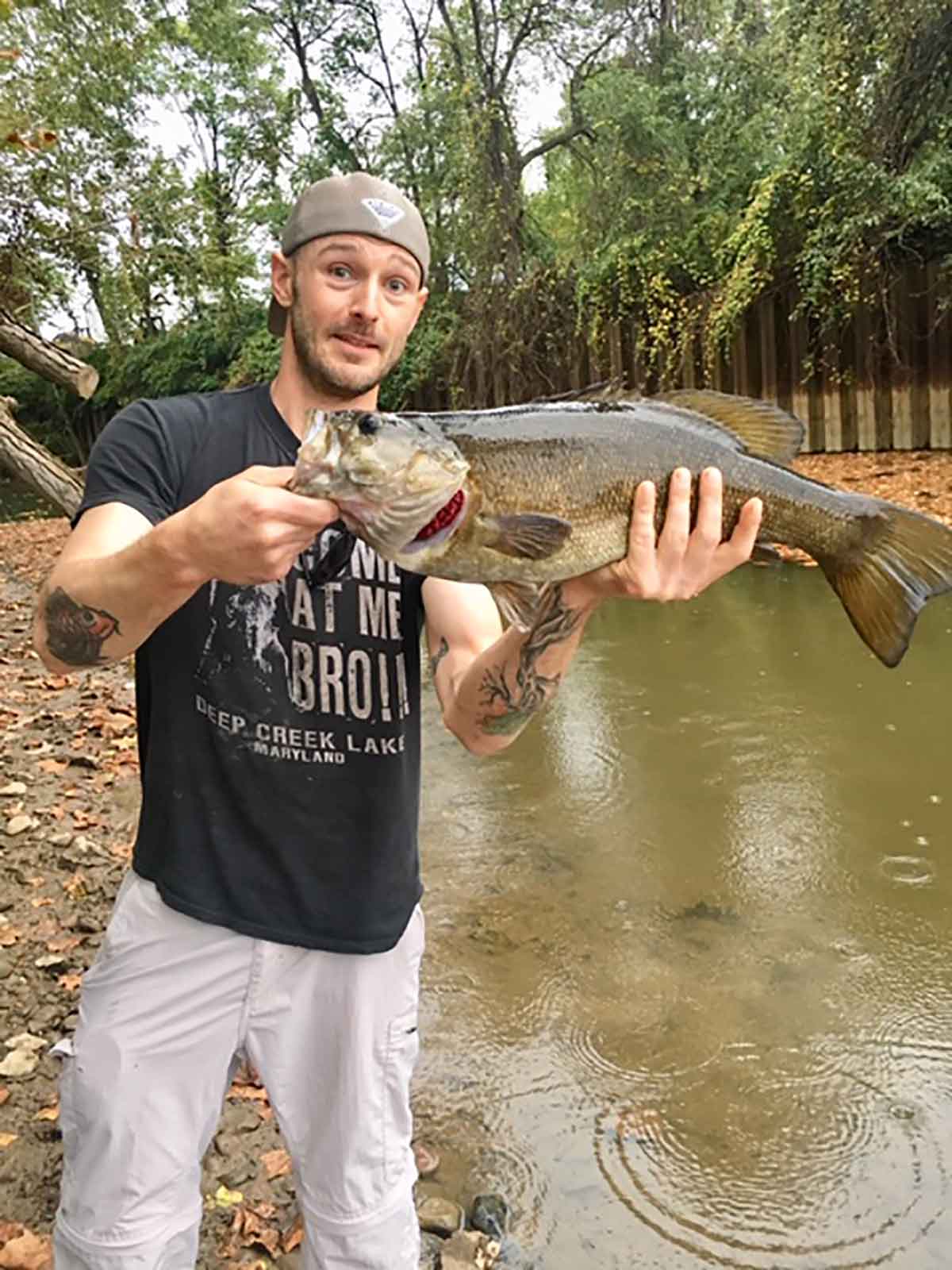 A father-son duo caught – and released – what might have been Pennsylvania’s new state record smallmouth bass.

Terry Onufer of Wexford was fishing the Allegheny River near Pittsburgh with his son Ian. It figured to potentially be one of those great days, he said, given that the river was high, shad were crowding the shore and smallmouth bass were chasing them.

And it was. The pair caught 14 smallmouth bass overall, several in the 15- to 16-inch range.

But one fish stood out.

Terry Onufer made one cast and had a big fish slam his shiner.

“I just saw the golden side and the splash,” Onufer said. “I told my son Ian I thought it was a channel cat about two feet long.

Ian stepped in – “the Erie Shuffle, we call it,” Terry said of the space-clearing hip check – and made his own cast.

And what a bountiful one it turned out to be.

Casting to almost the same spot, he hooked what Onufer thinks might have been the same fish he missed moments earlier. Only it wasn’t a channel cat.

They never weighed it, though, to be sure. In fact, they didn’t even keep the fish, instead holding it for a few photos before releasing it.

“We were not even thinking about it honestly. When I saw the fish, I knew it was special, and we took two quick pictures and got her back in the water to swim free,” Onufer said.

They’re looking into having a replica mount of the fish made.

And, record or no record, they’ll always have a special memory.

“It was a great father son moment, and truly was the smallmouth of a lifetime,” Onufer said.