It pays to pass on other bucks 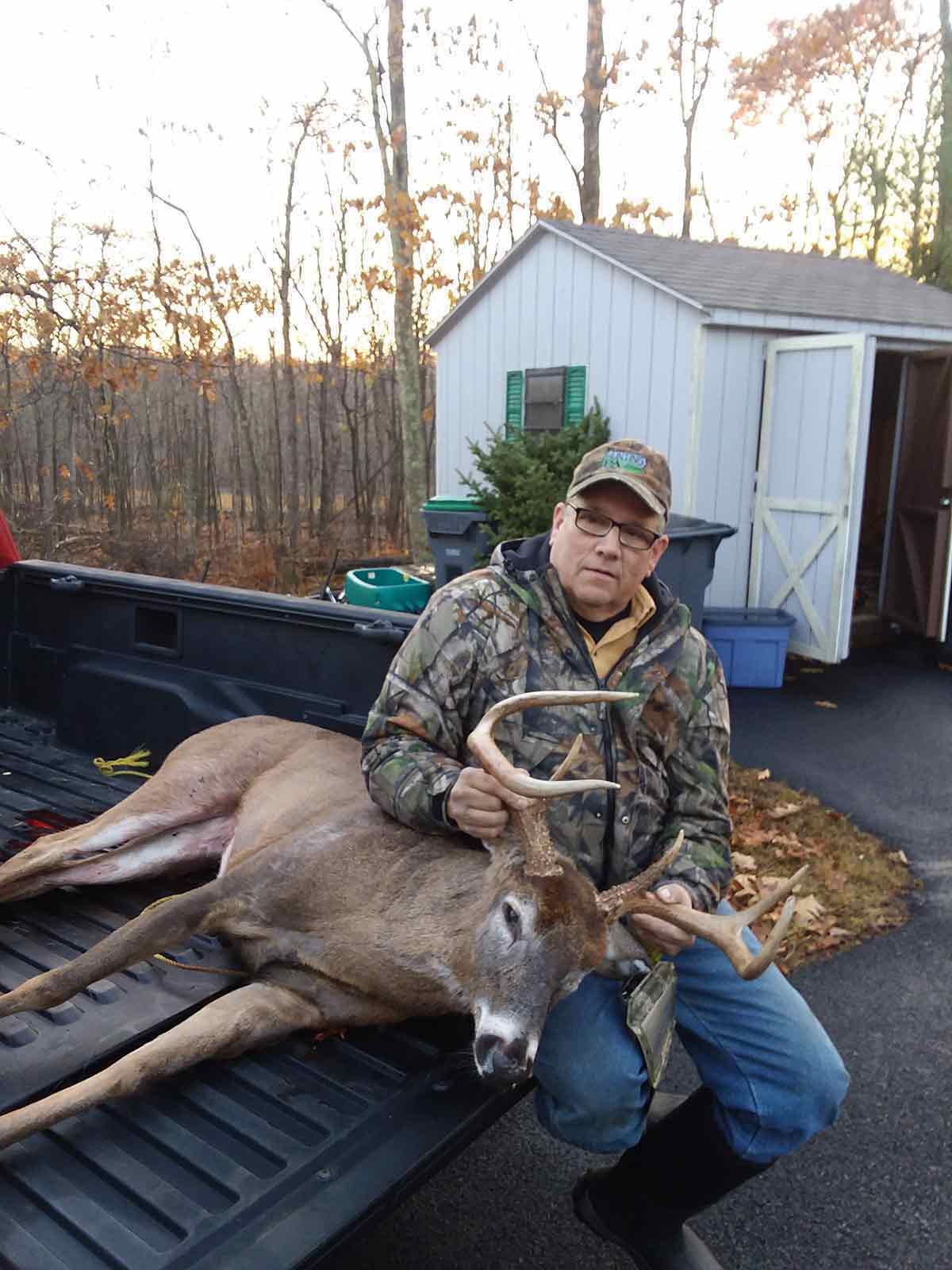 Live from Pike County I’ve been watching this huge 6 pointer for the last hour he’s been following the doe right down the pipeline.

I first spotted himt on 500 yards out so I hunker down B Hine a big mound of dirt on the pipeline to stop erosion my heart was beating like crazy.

So as I watched the doe and buck she led him into the woods and he proceeded to breed her.

After that she came back out on the pipeline and continued to walk right towards me with him about 50 foot behind her wanting more. LOL

At 175 yds. she stopped and stared at me. I believe she saw my orange hat sticking above the mound of dirt I was on.

She paniced and made 4 big bounds and she was just inside the wood
line.

He sees her go and in 2 very large leaps he’s on the wood line with her.

He sees her go and in 2 very large leaps he’s on the wood line with her.

He presented no shot because he was facing directly away from me and I don’t believe in butt shots.

I still have him in my scope so I let out the loudest ugliest grunt you ever heard.

At that he spun around looking at his sweetheart puts his head down sniffing the ground and starts pawing franticly.

At that point I put the crosshairs on his neck and squeezed off a round from my Browning BLR 7mm-08.

He rears up and poof! He’s gone.

I says to myself ain’t no way I missed him so I trot up there and there he is stone dead right in a huge scrape.

Also when I was gutting him I sensed something and looked up to see a sow and cub coming right at me.I stood up put the cross hairs on the sow they were about 60 yds. and then thought wait I have a huge deer here to deal with do I want to get a bear to and compound my problem?

So I let them go for another time.
I said a little prayer thanking the Red Gods for my good fortune.