Off grid camping offers few amenities, but plenty of fun 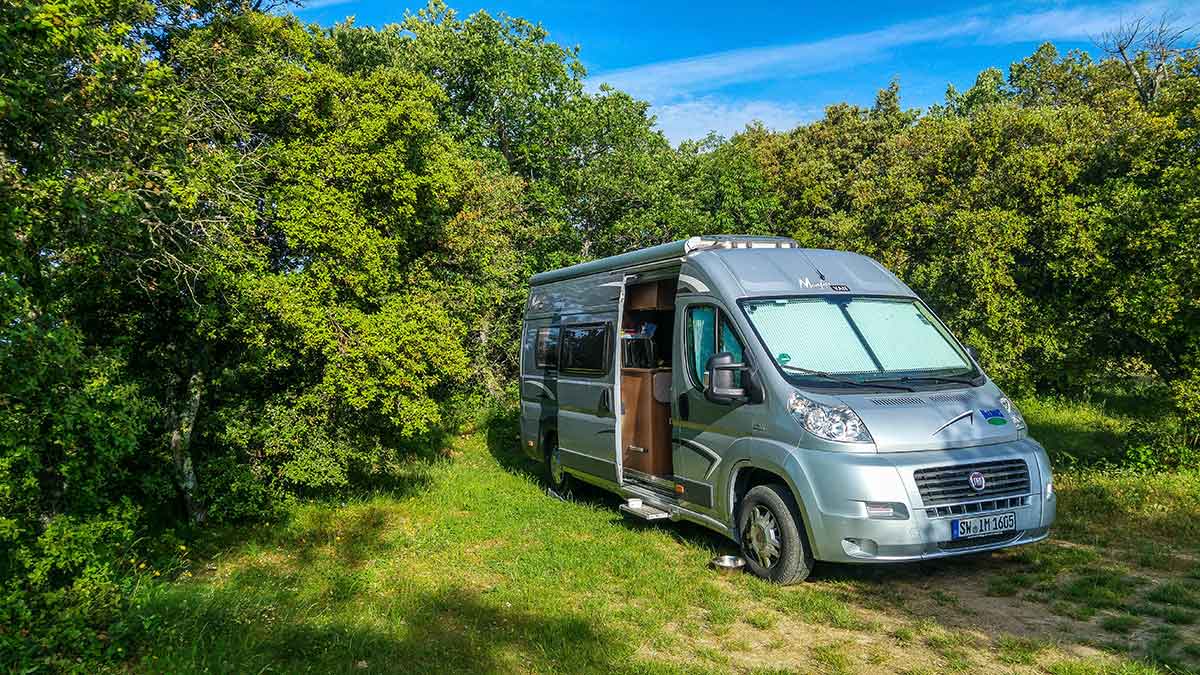 Off grid camping is a wonderful way to explore.
Photo: Pixabay

It goes by a couple of different names, with which one is the right one depending on just how “fancy” things are.

Not that this is anything extravagant in any case.

Not unless, that is, you count the scenery in every direction, the stars above, the quiet all around, the overall peacefulness that’s so unlike what exists on many outings. Then it’s pretty spectacular.

We’re talking about what some states refer to as motorized camping. Others call it dispersed camping, lumping it in with things like backpacking. Still others label it primitive camping.

But it’s all largely the same.

This is off-the-grid camping on public land, outside of a developed campground, but close to your truck, camper or other vehicle. To do it, you find a nice looking spot – perhaps the parking area for a trailhead, a wide spot in the road along a trout stream, or just a tranquil, soul-restoring site along a dirt forest service road — and, pioneer style, make it home for a while.

Pennsylvania’s 2.2 million acre state forest system defines this as “overnight camping in or near a vehicle where the vehicle is used for storage or transportation.”

It’s a largely rustic way to do things, to be sure.

“Primitive camping sites rarely have any amenities outside of the occasional stone fire circle,” say those at Wayne National Forest in Ohio.

There are some exceptions.

Pennsylvania’s state forests, for example, do contain a few officially designated motorized camping sites. Sometimes behind what are otherwise locked gates – you get a key when you register — they include a picnic table and metal fire ring.

But that’s usually it.

Don’t be fooled, though. That doesn’t keep people away. National and state forests offer loads of such opportunities, at all seasons of the year, and plenty of people take advantage of them.

This is a cool way to fish for trout in spring, hike in summer, hunt in fall and snowshoe in winter — or do any of those and more things at any time — all while operating from a base camp where silence and seclusion reign.

Provided, that is, you’re OK with a certain level of self-sufficiency.

But that’s the charm, after all.

“Many people enjoy the solitude and primitive experience of camping away from developed campgrounds and other campers,” says information from the George Washington and Jefferson National Forest.

For starters, this kind of camping is usually free. Campers may need to get a permit in cases, directly from the local forest office, but that’s it.

There’s no need to rush in or out or adhere to any particular schedule either.

Campers can usually set up at any time of day or night, and usually stay anywhere from 14 to 21 consecutive days, depending on local rules, before having to move.

Another benefit is that this kind of camping is open to pretty much any road-worthy vehicle. Anything from pickup trucks to SUVs to RVs and travel trailers – even smaller cars – will work.

The roads through these forests aren’t always paved. In fact, they can range from stone to sometimes just the dirt left where stones once were.

But so long as your vehicle can handle the bumps and dips and high spots, you’re good to go.

And finally, camping this way usually puts you right in the heart of the action.

Campers can set up along the very trout stream they plan to fish, for example. Backpackers can park, establish a base camp, then wander in the woods for days, knowing their vehicle and all its comparative comforts awaits.

Or, as in Wayne National Forest, dispersed camping is especially popular with all-terrain vehicle riders. Wayne has a fairly extensive trail system for what it terms “off-highway vehicles,” commonly called quads. Fans of those set up camp at any of about a dozen or so trailheads and ride all day and camp all night.

Now, there are challenges to doing this.

Anyone camping this way has to figure out their own bathroom situation, how and where to get water, and as much as anything, how to pack out what they pack in. Leaving garbage behind just ruins things for the next person.

“More and more people are exploring Penns Woods,” is the reminder put out there by Pennsylvania’s bureau of forestry. “Poor camping practices can destroy the natural character of the Commonwealth’s back country. We must all learn to use the back country wisely to prevent environmental damage.”

So take it and get out there, exploring where solitude rules.

Rules for going off grid

The guidelines for this kind of camping vary by agency and sometimes even forest within an agency. Check with whichever one it is that manages the public land you hope to explore for specifics.

Just as importantly, remember that getting outside of a developed campground doesn’t necessarily meaning each and every rule behind.

Here are some things every off the grid camper should do to keep wild places beautiful for themselves and the next guy or gal coming down the line.