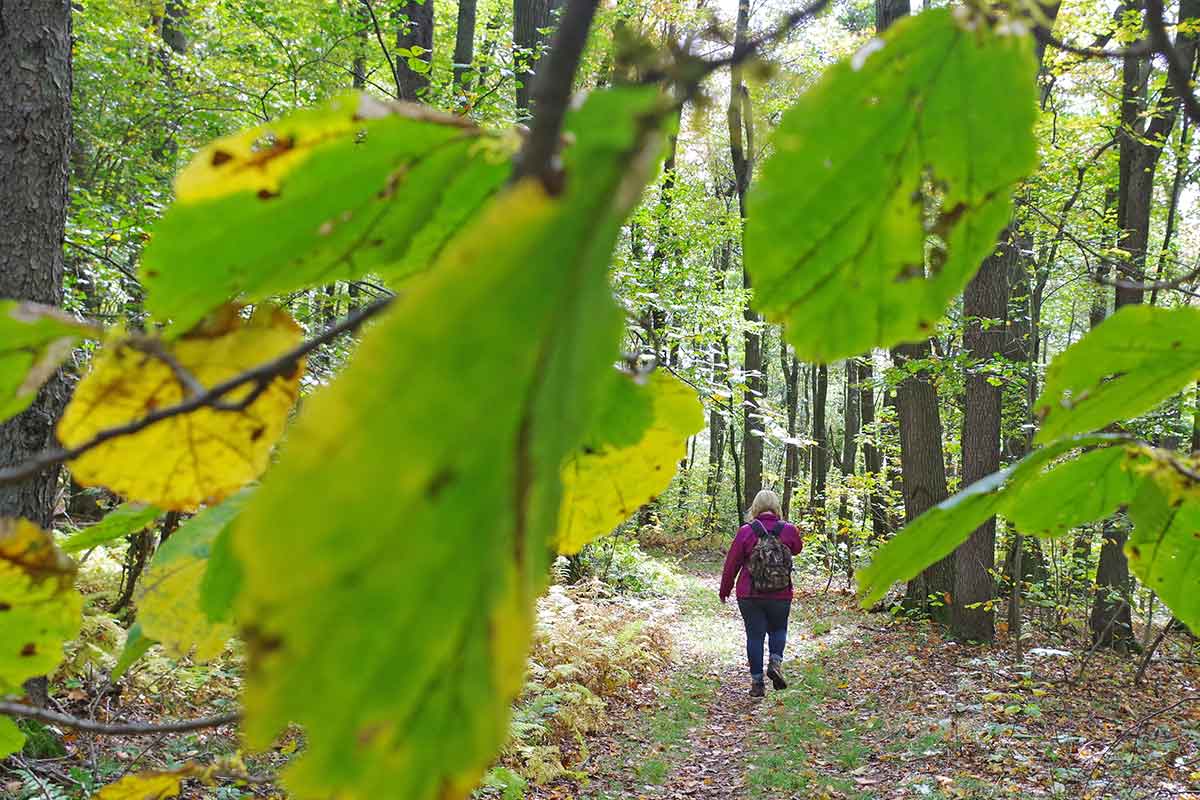 Not all Americans get to enjoy free time in nature equally.
Bob Frye/Everybody Adventures

Work and health, those are the things keeping people indoors more often than not.

APM Research Lab, on behalf of The Water Main, which promotes clean water, polled a nationally representative sample of Americans earlier this year. The goal was to see how much time they spend outside and what keeps them from going out more.

Namely, about one quarter of people spend “free time in nature” – defined as doing things like going to a park, hiking or visiting the beach — several times a week. Just less than another quarter get out about once a week.

The study reported that peoples ages 18 to 34, with college or graduate degrees and/or living in the Northcentral and Western states are most likely to fall into those groups.

But there’s bad news, too.

On the downside, 15 percent of Americans say they get out in nature less than once a month.

Sixteen percent say they never do. That’s one in six.

Most likely to fall into those two categories are people 65 and older, people making less than $25,000 annually and African Americans.

The survey asked people what “single biggest factor” keeps them inside.

“Parental status does not appear strongly linked to spending free time outdoors, with roughly half of parents and non-parents alike recreating in nature once a week or more,” the report reads.

It’s not gender or political affiliation either. Women and men report spending time outdoors at the same rate. So, too, do those affiliating with the Republican and Democratic parties.

Work is the main problem.

Nearly one-third of respondents overall said they just work too often to get outdoors at all or as much as they’d like.

“Except for those age 65 and older, work was the most common barrier to spending time outdoors for every demographic group that we were able to assess through this survey…” the report said.

Work is the real issue among a couple of groups in particular. Fifty-three percent of Hispanics, 48 percent of parents with a child younger than 18 at home and 43 percent of people ages 35 to 54 cited it as their biggest barrier.

The second-most commonly listed one is health. Nine percent of respondents said health and/or disability – ranging from heart problems to blindness to difficulty walking — keeps them inside.

That jumps to 25 percent among those 65 and older, though.

People also said lack of time in general and school and family obligations are barriers. Others problems are weather, laziness or lack of interest and outside hazards ranging from bugs to pollen to sunburn. People said lack of a car or place to go keep them indoors, too.

“None of the answers explicitly noted feeling racially or culturally excluded from spending free time in nature,” the report said.