Nate Hosie talks the when, where and how of turkey decoys 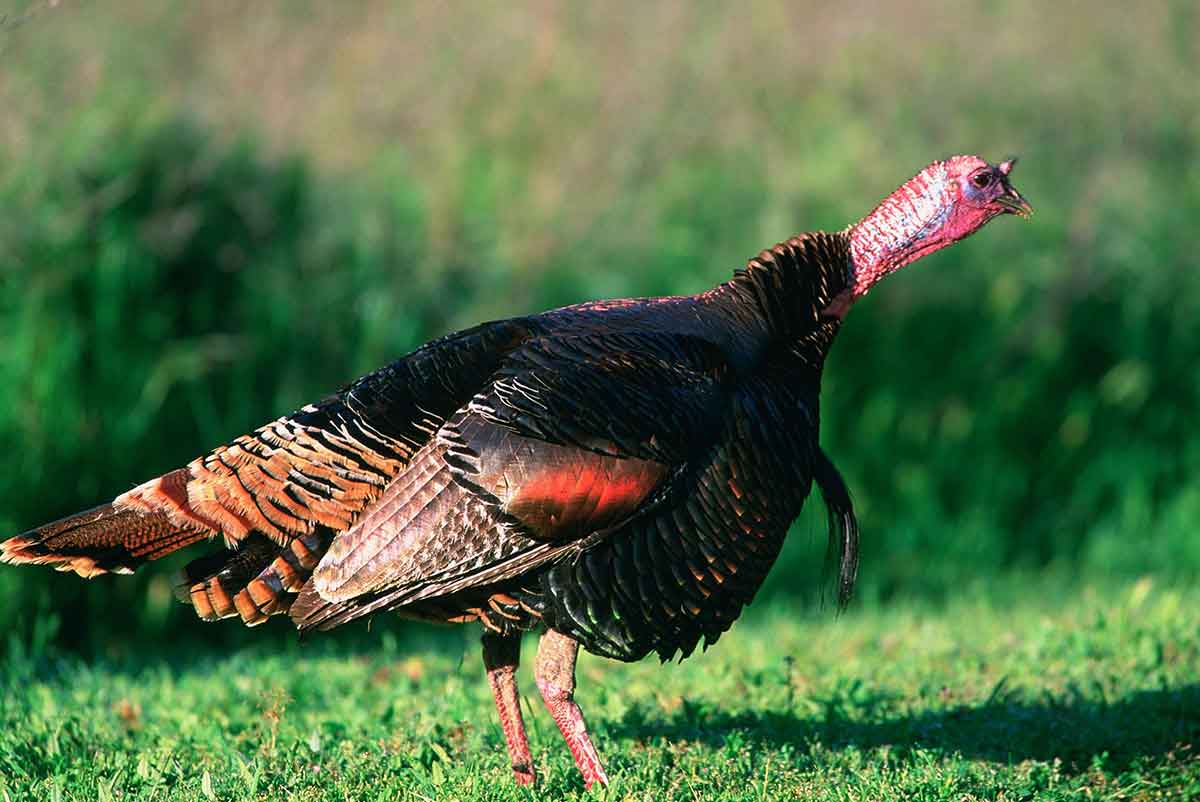 Looking to bag a gobbler this spring? Nate Hosie of Headhunters TV recommends having a decoy or two at your disposal.
Photo: Pixabay

That’s not how things always were, though. When the host of “Headhunters TV” was a high schooler in Montdale, Pa. – and killing birds frequently enough to be known as “The Turkey Slayer” – he was strictly a caller.

And a good one, too. He won several calling contests over the years, some of them fairly large.

So he called birds to kill birds.

Once he got into filming, though, he started taking decoys into the woods with him. That was, he admits, something different and at first as much for the sake of sponsors as anything. 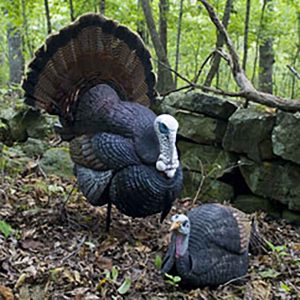 But now he legitimately considers them as valuable a part of his gear as his calls.

Which decoys he carries and when varies, though.

Taking one hen into the woods is standard procedure. It’s what he terms the safest play in the sense that hen decoys don’t chase gobblers away.

He believes male decoys, even ones mimicking jakes, sometimes do. They represent competition and the possibility of confrontation.

Not every gobbler – even big ones – wants to rumble that way.

“Turkeys are just like people. Not all of them want to fight,” Hosie said.

Meanwhile, dominant-looking longbeard and strutter decoys can really spook gobblers late in the season, he noted. Sometimes the mere sight of one will make a bird that’s responding to calls turn tail and go the other way.

“He’s probably gotten his butt kicked at some point throughout the year and now he’s basically the subdominant turkey,” Hosie said.

On the other hand – early in the season, say the first two weeks, before that kind of thing occurs – Hosie said a male turkey decoy can be “absolutely devastating.” That’s especially true if there are a lot of 2-year-old birds around.

Regardless of how early or late into the season it is, though, there’s one thing he does to all of his male decoys. That’s paint their heads white.

“I’ll make it as white as I possibly can,” Hosie said. “That’s because a lot of times, when a turkey’s coming, his head is pure white. It looks like a light bulb coming, especially in early morning.

“And I honestly believe, as much as a tail fan or as much as the posture of a decoy, the first thing they lock on is that head.”

You can’t just put a turkey decoy – males especially, painted or not — out haphazardly, though.

Turkeys are by nature skittish, he said. That wariness dictates behavior.

“I don’t know that they’re smart as much as that they think everything in the woods is trying to kill them,” Hosie said.

So he makes sure, as much as possible, that his decoys don’t surprise the gobblers he’s working.

Before he starts calling with a box or slate call, for example – something that requires moving his hands, a potential giveaway – he tries to envision where a sharp-eyed gobbler might come from. The idea is to put himself in position to call and yet still be able to kill a responding bird.

Similarly, he puts woodsmanship to use when choosing where to place his decoys. He runs potential scenarios through his mind, then – when he thinks he knows which direction the bird might come from – he sets up his male decoy so that any approaching gobbler will have plenty of time to look it over.

Turkeys, like whitetails and even people, have routines, he said. Spend enough time with one gobbler and eventually he’ll reveal his, Hosie said.

That, too, helps determine where that decoy should go.

Now, none of that guarantees a gobbler in hand, he said. Turkeys are and always will be a challenge.

But he believes decoys can, in the right situation, help a hunter fill his tag.

“There are very few circumstances now where I go to the woods without a decoy,” Hosie said.

Spring gobbler seasons around the country

Are you gearing up for spring turkey season? Trying to squeeze in a bird at the last minute? Or already done?

That may depend on where you’re hunting.

Spring gobbler seasons kick off in late March or at the latest early April in many states across the South. Some of those are already over.

Things are just getting rolling elsewhere, especially across the Northeast, Midwest and ever far West, though. Opening day was April 13 in Virginia. It was April 15 in West Virginia and Oregon, April 22 in Ohio, April 25 in Rhode Island, April 27 in Pennsylvania and May 1 in New York, for example.

The National Wild Turkey Federation has all the details on seasons, bag limits, population estimates, notes on public land habitat work and 2018 harvest totals for every state that offers hunting. You can check it out here.

As much as possible, that list also looks back at how hunters did last year. The Federation asked state wildlife agencies to provide harvest totals for the spring 2018 gobbler season.

But of those that did, Rhode Island produced the smallest harvest, with 191 gobblers taken. Pennsylvania produced the largest, with 40,303.

Hunters there recorded one of their highest success rates in years, according to the state’s Game Commission. That hasn’t dimmed prospects for this year, though.

Mary Jo Casalena, the commission’s turkey biologist, said Pennsylvania still holds between 215,000 and 225,000 turkeys. Add to that several consecutive years of declining fall harvests and a drop in spring turkey hunter numbers – participation fell to 174,500 last year from a 10-year average of 219,650 – and the outlook for this season is “exceptional,” Casalena said.

“If you haven’t hunted spring turkeys in a while, this is the season to get back in the game,” Casalena noted. “This season’s potential, courtesy of an incredible gobbler carryover, is the kind that comes around only once in a great while. Don’t miss it.”