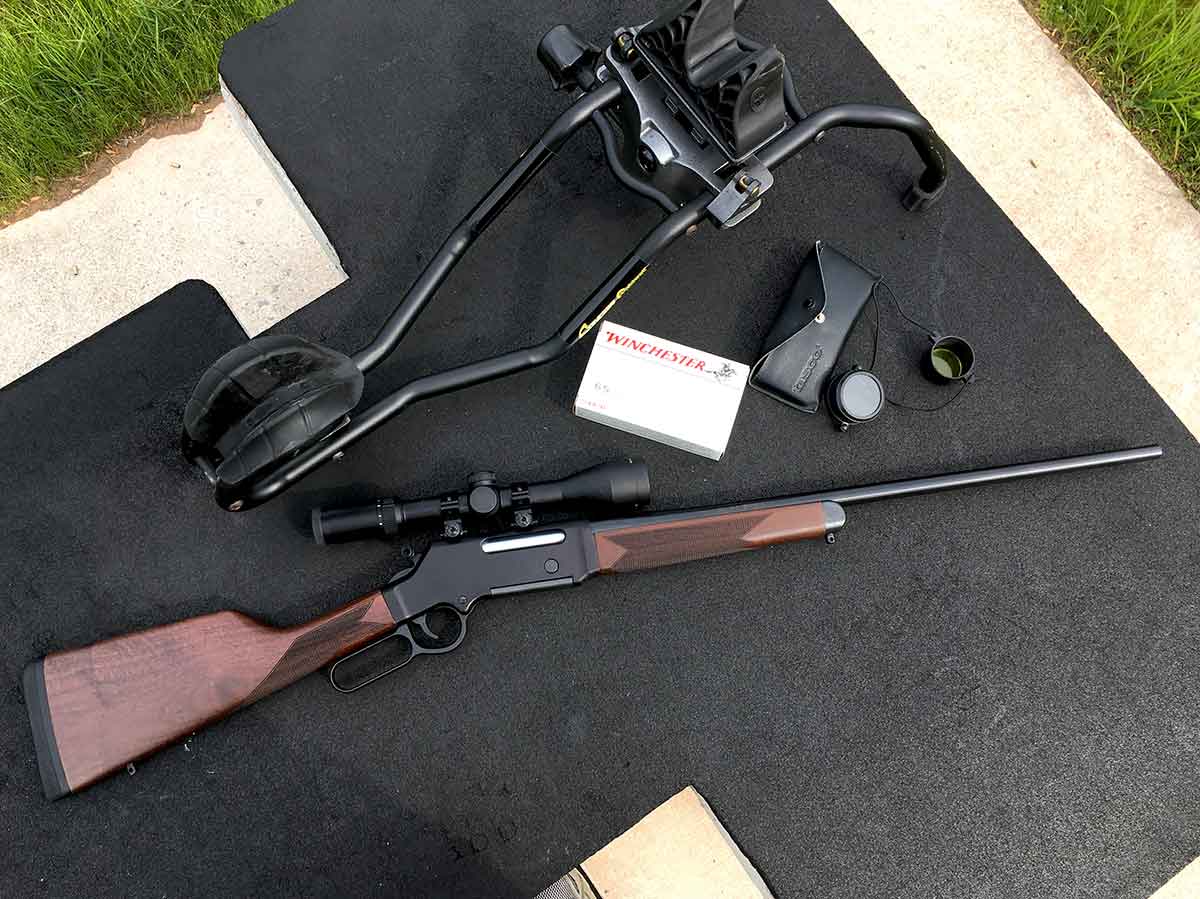 I’d like to have rock hard, well-defined, Lord have mercy six pack abs.

Except for pizza. And ice cream, the occasional high calorie beverage and, well, lots of other foods that promote softer edges.

That’s the way things often are in life, though. We make choices, compromise really, and live with the consequences.

Lever action rifles – courtesy of their tubular magazines – have traditionally been limited to firing cartridges with round nosed bullets. Think the 30-30 Winchester, the .32 Special, the .44 Magnum.

That’s to prevent chain reactions. It wouldn’t be good if pulling the trigger caused the bullet point of a round still in the magazine to hit the primer of the one in front of it, causing it to go off, too. 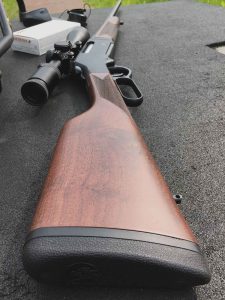 The trade-off for safety is in accuracy.

Lever guns are undoubtedly good game getters, but primarily at closer ranges. Hunters who use a 30-30 – a “brush gun,” good up close in the thick stuff – to shoot eastern whitetails at 100 yards and usually less don’t choose them first when targeting elk at 300 yards in the West.

But here’s the exception to the rule.

How? Instead of a tubular magazine, the Long Ranger has a detachable box magazine.

The result is a rifle with classic lever gun looks that is accurate to 200 and 300 yards and beyond.

I tested one chambered in 6.5 Creedmoor and came away impressed.

For starters, the gun is a real looker. Made in Wisconsin – the company’s motto after all is “Made in America or not made at all” — the Long Ranger has a two-piece, oil-finished American walnut stock. There’s laser-cut checkering on the straight grip and fore-end. The steel is matte black.

It comes standard with a thick rubber recoil pad – meant to anchor it to your shoulder as much as absorb energy – and sling swivel studs.

Some models come with iron sights, some don’t. All come with Skinner scope mounts that fit the drilled and tapped alloy receiver. 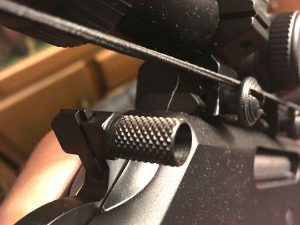 Also included with the rifle is an ambidextrous hammer extension, so that you can cock the gun even with a scope on. It’s large – as wide as your thumb, basically – and grooved, something that I imagine would prove handy when wearing gloves during a cold, late fall deer season.

Inside the hammer, meanwhile, is a transfer bar safety. It prevents the rifle from firing unless the hammer is fully cocked and the trigger is pulled.

What that means is, if you fully cock the hammer them bump it so it falls, or accidentally release it while in the process of cocking it, the rifle won’t fire. You have to pull the trigger to make it go bang.

That allows you to carry the rifle fully loaded, with the hammer down, without worry.

Add it all up and the Long Ranger is just looks the part of a sophisticated, yet ready to work, firearm.

The real question with any rifle, though, is can it deliver. The Long Ranger did.

At the range, I noticed a few things about the Long Ranger’s magazine. It releases via a generous round button, again something seemingly made with gloved hands in mind.

The magazine’s frame is all metal, too, a rarity these days.

I also noticed, though – as did the man working the counter at the gun shop where I picked this up; he couldn’t help but peek – that the magazine fits rather loosely when empty. The resulting rattle could be worrisome in the woods, I thought.

But not to worry.

When loaded – the Creedmoor magazine holds four rounds, plus one in the chamber – it snugs up considerably. Wobble isn’t an issue.

The other thing I noticed right away is that the lever is a little stiff when chambering the first round. Not uncomfortably so. And working the lever to feeds rounds two through four is as smooth and familiar as with any other high quality level gun.

But when loading that first round you need to use a little authority.

As for how it shoots, the Long Ranger proved its worth. 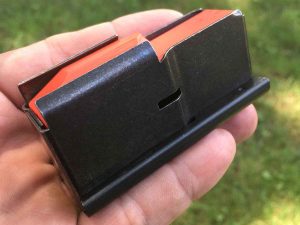 The Long Ranger has a detachable magazine.
Bob Frye/Everybody Adventures

Henry doesn’t promise minute of angle accuracy with the Long Ranger, meaning the ability to group all of its shots at one inch at 100 yards. But it came pretty close.

My best groups measured almost exactly one inch at that distance. All my groups taken together – and there seemed some variation based on the ammunition used – averaged less than 1.6 inches or so.

That may not rival the best of some bench guns. But then, it’s not meant to. The Long Ranger is meant to be carried around the woods and used on wild game.

It sure seems to me like it would be pretty awesome there.

So my overall impression? I loved the Long Ranger.

I’ve always been a fan of lever rifles. Growing up on cowboy movies, the first gun I ever bought with my own money was a lever action 30-30. It still serves me well today, under the right conditions.

In fact, it’s just one of several lever guns I keep at home.

If you’re of like mind, with a fascination and love for the time-honored looks of a lever gun and yet a desire to be able to shoot accurately at longer distances, the Long Ranger deserves space in your safe or gun cabinet.

Long Ranger by the numbers 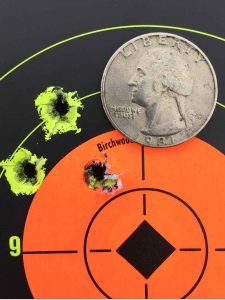